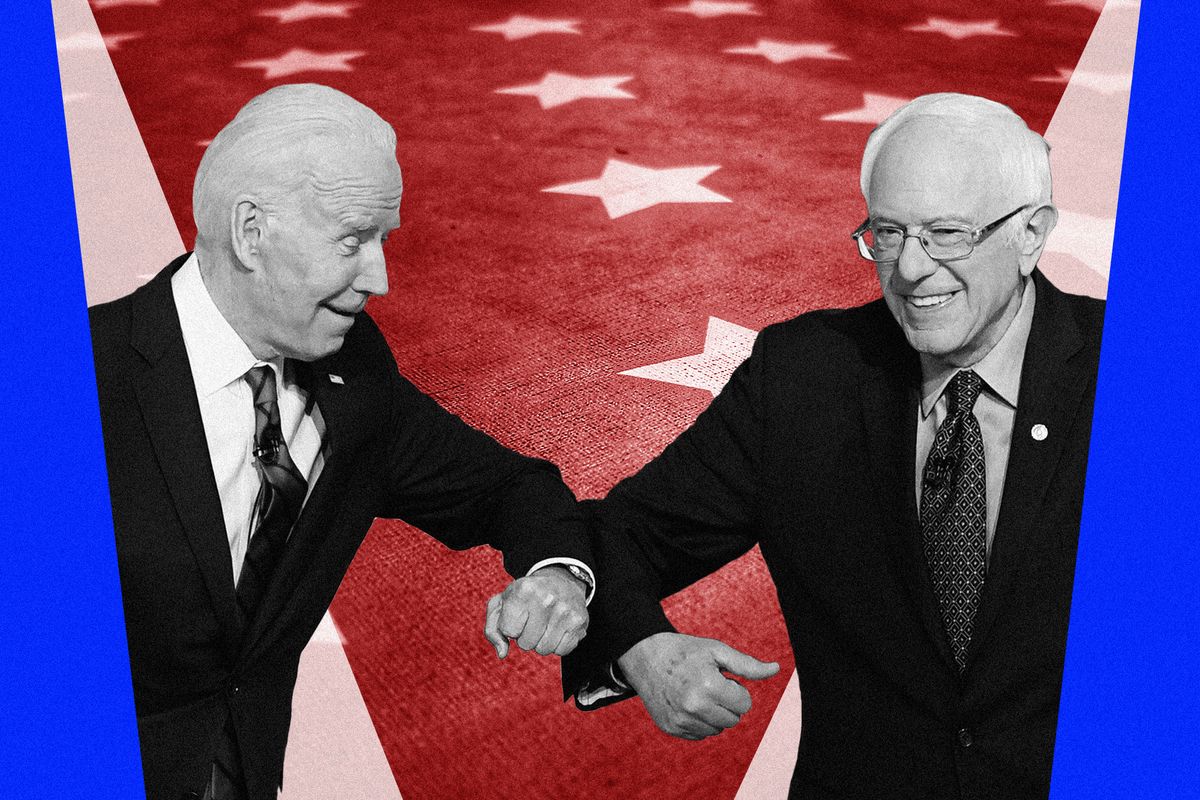 Well, it happened — after several months of dedicated campaigning, Vermont Senator Bernie Sanders just officially endorsed former Vice President Joe Biden for the 2020 presidential election. "We have to make Trump a one-term president, and we need you in the White House," Sanders stated definitively in a livestream that aired earlier Monday afternoon. "I know there is an enormous responsibility on your shoulders right now, and it's imperative that all of us work together to do what has to be done."

In the endorsement livestream, which featured both politicians on a split screen in-conversation, Sanders also noted that both camps were working on assembling task forces to "look at some of the most important issues facing this country." Among the issues supposedly being addressed by the task forces are criminal justice, climate change, immigration reform and a "better" healthcare system.

We must come together to defeat the most dangerous president in modern history. I'm joining @JoeBiden's livestream… https://t.co/LWY4nY7P2D
— Bernie Sanders (@Bernie Sanders)1586801082.0

"It's no great secret out there, Joe, that you and I have our differences," Sanders added. "We're not going to paper them over, that's real." The sudden unity seems to be coming from a motivation by both politicians — at all costs — to prevent President Donald Trump from securing a second term in the 2020 general election.

While many Sanders supporters are upset by the endorsement and have been critical of Biden's campaign on its face amid sexual assault allegations, a more supportive trending topic popped up almost immediately on Twitter post-livestream. Democrats are congratulating Bernie on his withdrawl from the race and subsequent endorsement: "Good for Bernie."