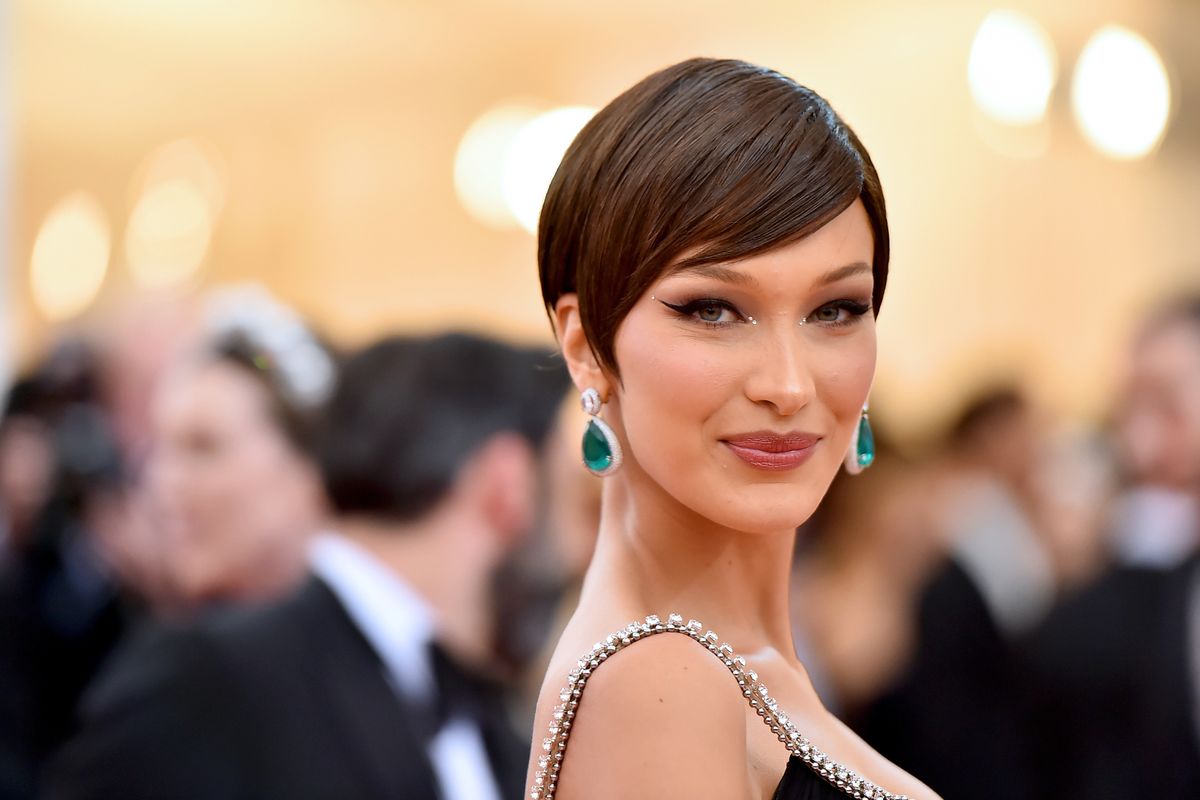 Bella Hadid has issued an apology after a photo of her boot sole raised toward a Saudi Arabian and Emirates plane sparked massive backlash.

Earlier this week, Hadid posted the now-deleted photo — which featured the heel of her boot resting on an airport lounge window — online. According to E! News, the photo made it look like "she was kicking planes that had the UAE and Saudi flag on them" — an offensive gesture in certain cultures where the display of a sole implies "the person is lower than the dirt on the sole."

The model — who is half-Dutch, half-Palestinian — was quickly criticized via the now-viral #BellaHadidIsRacist hashtag by many of her followers who called the gesture "disrespectful."

Putting your fucking feet on a flags that present the people of that country & their culture ,history, heritage is very disrespectful behavior from you .. #BellaHadidIsRacist pic.twitter.com/jncGRJb95Q

As Saudi girl I will protect my county from people like you so all the people around the world know what Saudi Arabia and the United Arab Emirates did for all the countries especially poor counties. #BellaHadidIsRacist #BellaHadidIsRacist

don’t play with us again sweetie🙂🇸🇦🇦🇪
We don't care if u did it by mistake or not but u are famous u should to be more carefully.#BellaHadidIsRacist pic.twitter.com/UV1f4t11xV

"As a Saudi girl I will protect my country from people like you," one user wrote, while another critic posted, "We don't care if u did it by mistake or not but u are famous u should to be more carefully." Some even began posting photos and videos of luxury items associated with Hadid being thrown into the trash.

#BellaHadidIsRacist Dior to the trash because Bella Modal for your products🗑🥾 pic.twitter.com/T1LQDcefKT

#BellaHadidIsRacist Dior to the trash because Bella Modal for your products🗑🥾 pic.twitter.com/Ek8QwXhpk4

This also all comes on the heels of Hadid posting a screenshot of a New York Times opinion piece called "The Princes Who Want to Destroy Any Hope for Arab Democracy" — something people were also quick to criticize.

so basically first she posted an insult article about Saudi Arabia and UAE then she said it was a mistake , and the next day she put her shoes on the SA and UAE 's flags by accident ? Umm yeah sure hope it does#BellaHadidIsRacist pic.twitter.com/2XkIOYLtBI

Oh really? Then why you posted this article in the FIRST PLACE? that just proves that you are a liar and full of hatred towards Saudi and the Middle East in general. If you are really proud of your Arab side you won’t even dare posting anything. #BellaHadidIsRacist #بيلا_حديد pic.twitter.com/3hyxFr3Isd

In response to the controversy, Hadid posted an apology in both English and Arabic, writing, "I would never want my posts or platform to be used for hate against anyone especially those of my own beautiful and powerful heritage."

"I love and care so much about the Muslim and Arab side of my family," she continued. "The photo of my shoe had nothing to do with politics. I never noticed the planes in the background and that is the truth. I would never mean to disrespect these airlines."

Hadid then followed up by writing that the photo was "an honest mistake."

"Never, ever would I intentionally try to offend anyone like that," Hadid wrote. "I am so sorry."

this was an honest mistake on an early morning... never, ever would I intentionally try to offend anyone like that. I am so sorry ..❤️