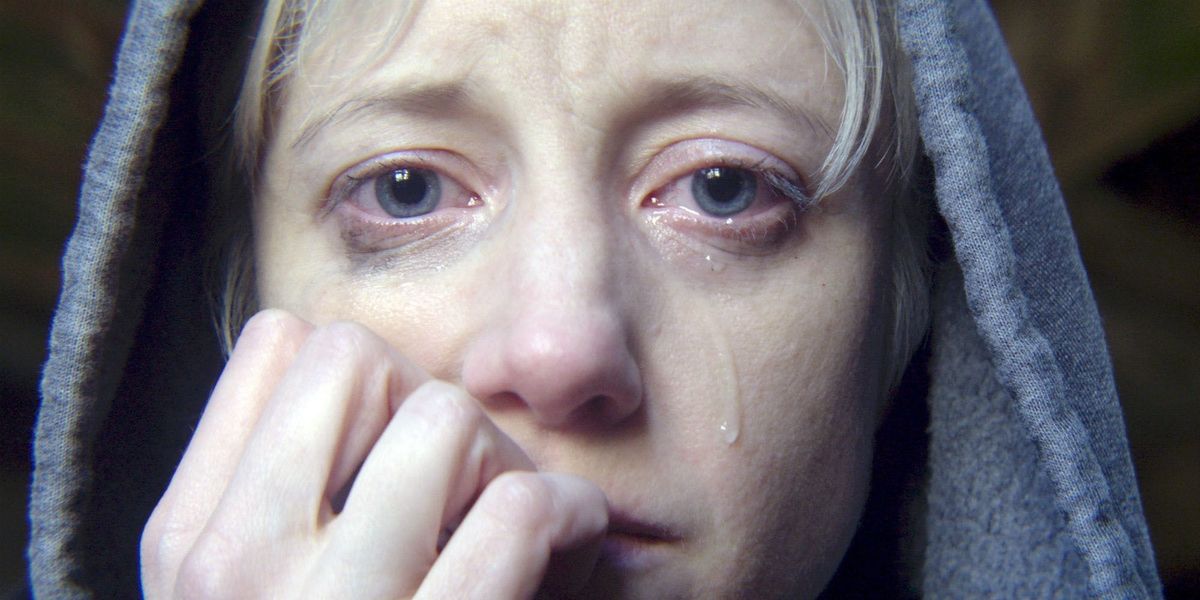 If you haven't watched the most recent season of Netflix's Black Mirror, you should. Set in a not-so-far-off dystopian future, the anthology series probes unsettling aspects of our modern day society, from the way we digitally date and connect to how children learn and grow up behind a screen. Writer/creator Charlie Brooker talks about the motives behind each episode in the following videos.

A computer programmer feels powerless in his own company, so he creates an artificial world on his own. A Star Trek homage is way less whimsical when met with an evil genius.

Directed by Jodie Foster (yes, that Jodie Foster), this episode follows a concerned mother who tries out a new child-tracking and monitoring technology. As you can probably predict, things don't go as planned. Brooker expands on the 21st century relevance: "a good instinct is being indulged or exacerbated by some kind of gizmo."

A woman goes to extreme measures to keep her reputation clean after committing a terrible crime, but a memory-reading chip makes her goal near impossible.

Hang The DJ plays out a customized dating system that matches users based on their reactions to previous dates. Brooker compares the dating service to Spotify— maybe he hasn't been on Tinder.

Filmed in black and white, Metalhead finds a woman being chased down by smart robotic killer dogs. There doesn't seem to be a distinct real-life correlation besides maybe artificial intelligence figuratively killing us off.

A girl visits a museum of harmful tech oddities called the Black Museum. "If it did something bad, it's probably in here," the owner tells her before delving into three horror stories. "This is one of the few stories that does acknowledge all the other stories and all the other worlds that have been created," Douglas Hodge, who plays the museum owner, says.

The fourth season of Black Mirror is on Netflix now.