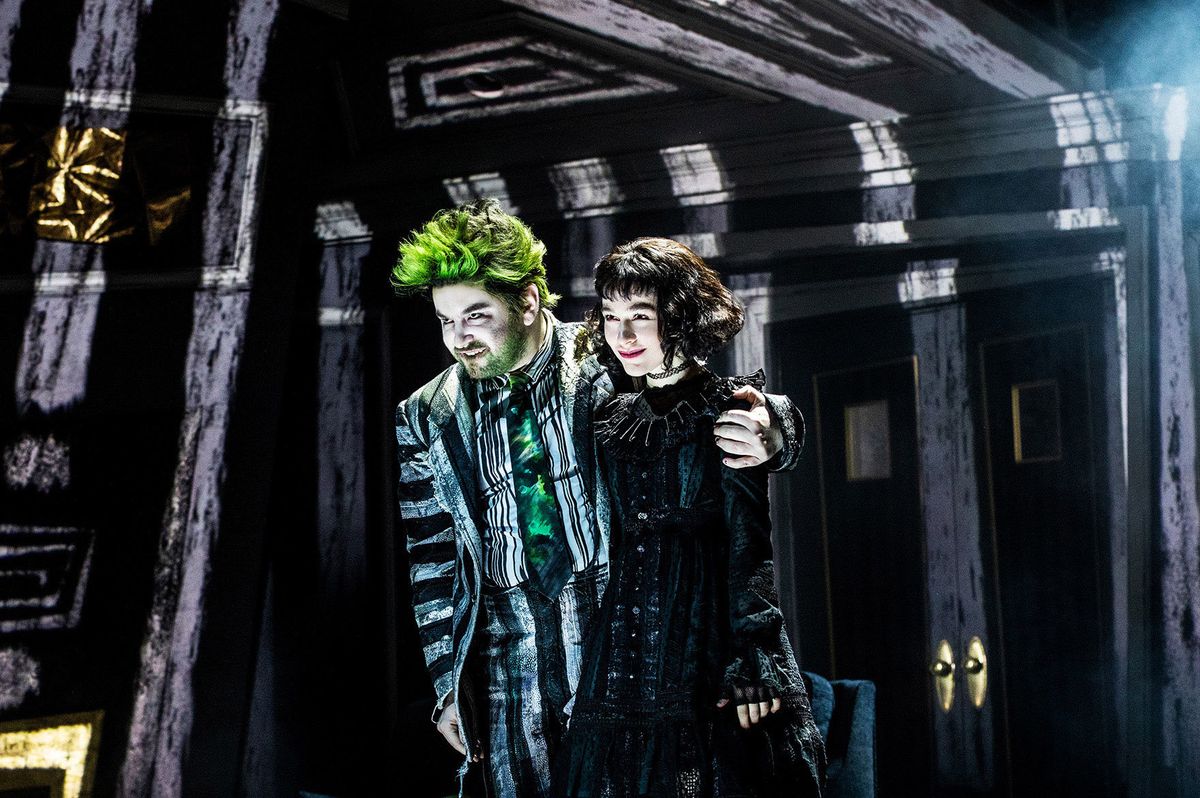 'Beetlejuice' on Broadway Is Breaking TikTok

More than 30 years after its original release, the movie Beetlejuice has managed to remain a hyper-relevant touchstone of pop culture history. In 2019, however, it's relevant in a way that could have never been predicted back in 1988, all thanks to its reincarnation on Broadway.

Non-theater fans, and possibly even casual theatergoers, may not have been immediately aware that a stage adaptation of the beloved comedy debuted on Broadway in Spring 2019. The show, which is playing now at the Winter Garden Theater, has received generally positive reviews from critics, but even more exciting is the sprawling fandom that's developed around the musical. A quick scroll through the #BeetlejuiceBroadway hashtag on Twitter shows that not only is there discussion around the musical itself, but a true multi-platform, multi-medium fandom has formed: fan art, show-inspired foods, and cover songs litter the internet. The hype is similar to the lasting fan craze surrounding Hamilton, another Broadway favorite. One differentiating form of expression in the Beetlejuice fandom, however, happens to be an unlikely ally: everyone's favorite lipsyncing app, TikTok.

TikTokers everywhere have taken clips of songs from the Broadway musical — including, but not limited to, "Say My Name," "Girl Scout," and "Day-O (The Banana Boat Song)" — and started Beetlejuice-inspired trends of cosplays, duets and general clownery. Pinpointing exactly why the new musical is the subject of mass-internet fanfare penetrating segments beyond just Broadway fans is a perplexing task, but that doesn't mean its newfound popularity is undeserved.

Related | BTS Is Officially on TikTok

The songs that have gone viral on TikTok thus far are earworm-y, sure, but they also lend themselves well to physical cues and micro-acting movements. This sensibility is a must for the stage, but also part of the implicitly defined secret formula for TikTok fame. Take "Say My Name," for example, a song that's performed near the end of Act I: the duet is filled with playful interactions between Betelgeuse and Lydia Deetz, providing more than a stable foundation for TikTok users to create their own duets and attach movements to the trend.

The cosplays that come out of the various Beetlejuice lipsyncs range from literal interpretations and replica pieces all the way to e-boy and e-girl aesthetic recreations of the characters, like in the video above. Another piece in the puzzle of how the musical got so popular on TikTok might be the fact that its stars are taking part in the trends just like the fans. Stars Alex Brightman, who plays the title role, and Presley Ryan, who is a member of the ensemble and understudy for Lydia, both recreate trends on the app based on the songs they sing in the show. Ryan in particular has managed to gain a large following on TikTok and subsequently a following for the musical and its songs.

If you want to experience all the fun of Beetlejuice on Broadway off of TikTok, you can still buy tickets here — but if the fandom gets any bigger, trust that you'll be waiting for months a la Hamilton circa 2015. The full cast album will be released on October 11 on CD via Ghostlight Records, but until then, stream away and practice your TikTok lipsyncs!