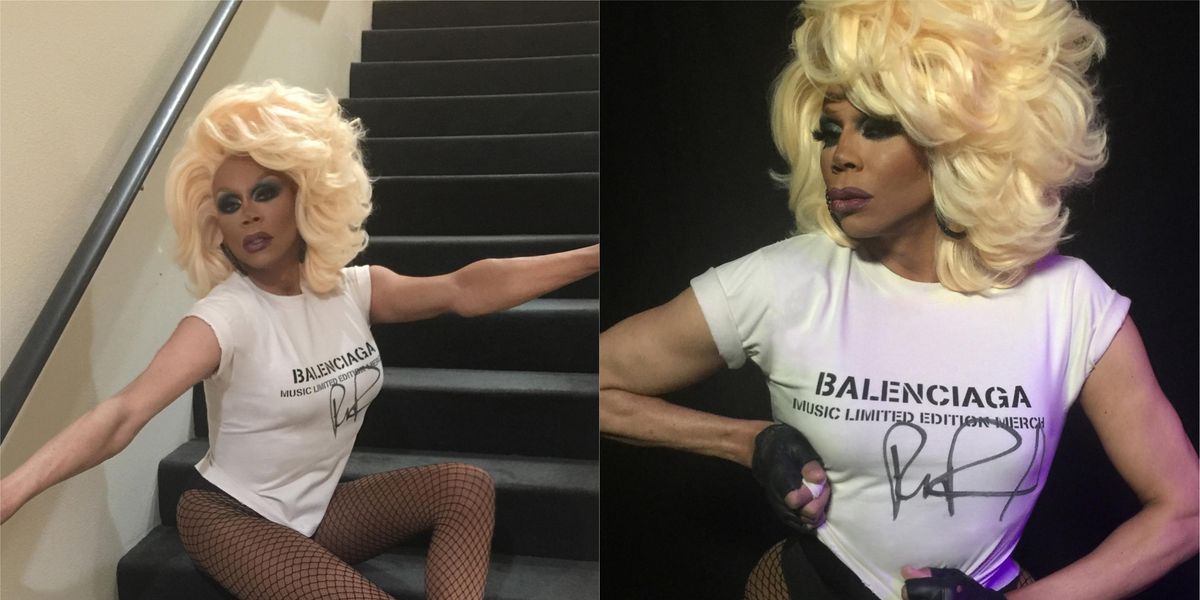 Is Demna Gvasalia a RuPaul's Drag Race stan? It sure looks like it.

The house of Balenciaga meets certified legend RuPaul Charles for a newly-released merch line celebrating an iconic union. RuPaul is the face of the label's latest installment in their limited-edition musical capsule. The drag queen's signature is emblazoned alongside spray-painted stencil lettering on hoodies, t-shirts, and baseball caps.

As Bob the Drag Queen and Peppermint would say, it's fashion.

The garments and accessories come alongside an exclusive playlist for Balenciaga. As an official partner of Apple Music, RuPaul joins the label's creator-focused series, kicked off by Gvasalia last September. Curators, selected by the Creative Director himself, have full autonomy on selected tracks, using the playlist to reflect their personality and personal tastes in accordance with Balenciaga.

The 50-song playlist features some squirrel friend favorites and past Drag Race judges like Nicki Minaj and Kylie Minogue. RuPaul is also makes it clear that he's team #FreeBritney, with several songs from the star making an appearance in the tracklist's 3-hour run.

The collection also features a RuPaul-fronted photoshoot alongside bestie Susanne Bartsch, another notable figure in New York City nightlife. The pair are joined by friends of the house for a case study on hedonic, exuberant and luxurious living. In fishnets, high-heeled pumps, and even higher hair, RuPaul embodies the golden age of club kids in '80s Manhattan we're all channeling this summer.

Now all that's left to do is manifest a Demna guest judge appearance on Drag Race.