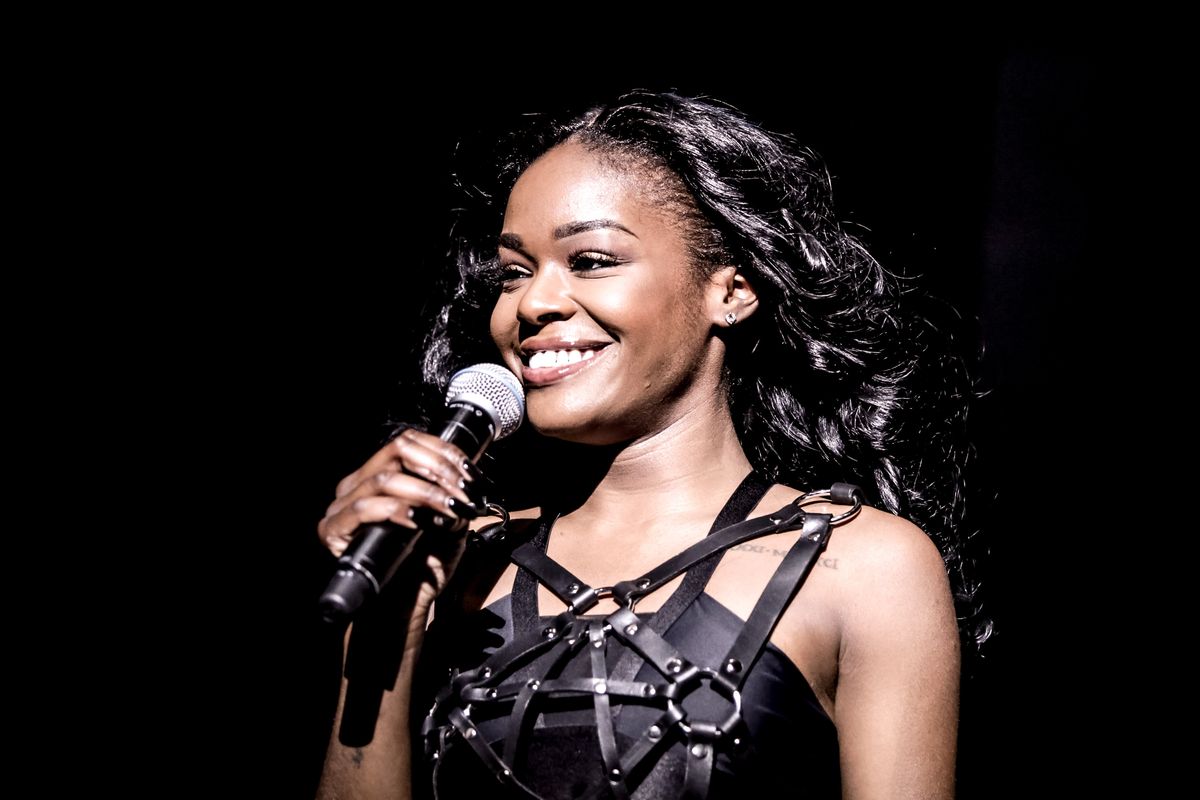 Queen of controversy, rapper Azealia Banks, shared a whole lot of herself today to promote/explain her inspiration behind her "Escapades" record, which was released in June.

The singer posed for an entire nude photoshoot to celebrate the drop and posted several of the images on Instagram to discuss the making of the track. Banks wrote about the importance of pubic hair with regards to femininity — showcasing her own in one of the images — and how she grew up with women who embraced the "1970's roller skate bush." She then advised followers to definitely screenshot the post before she takes it down (she now has).

"When I was a little girl I remember the women in my family having such large pubic bushes and always thinking it was some sort of strange/cool," Banks said the now-deleted post. "When I was making #escapades I was pulling from all of my mothers references – Shanice, Donna summer, Chaka Khan, Whitney Houston, Rachelle Ferrell- and she would always walk around the house naked doing her chores belting at the top of her lungs."

"We would make the joke that women coming of age in the 70's had a roller skating bush !" she continued. "Ironically – I wrote most of this song in the same fashion … walking round the house doing my chores and growing out my 1970's roller skating bush."

See both the photographs below.

The nudes follow those of model/Slut Walk creator Amber Rose, who also exposed her pubic hair in an effort to "bring back the bush." Who knows? They might just do it.