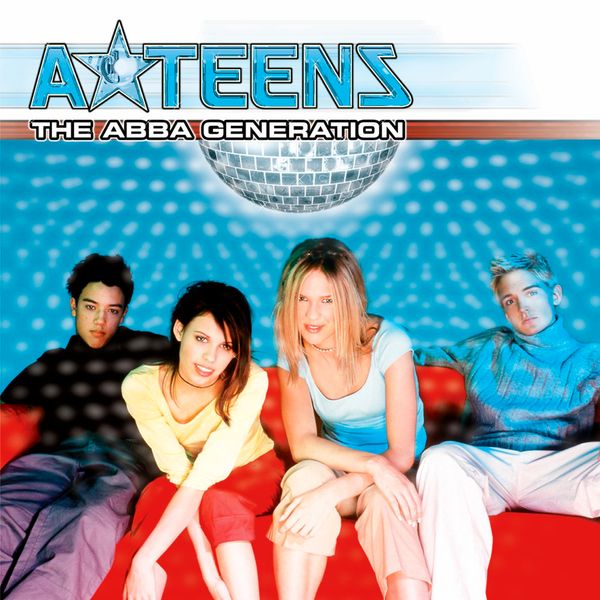 These A*Teens ABBA Covers Will Spark Your 2000s Pop Nostalgia

Everyone's parents' favorite Euro-pop band of all time, ABBA, has just announced that they are releasing new music for the first time in 35 years. All four original members are teaming up to put out their single "I Still Have Faith in You" this December. This is big news in part because ABBA is iconic, and also because it gives us an opportunity to revisit turn-of the-millennium smash pop sensation A*Teens.

The four-part Swedish outfit was formed in 1998 as a tribute band to fellow Swedish mixed-gender disco-pop band, ABBA. They were originally called Abba Teens, but later changed their name to A*Teens to avoid legal action and to diversify their sound. Their debut album, The ABBA Generation, was a huge mainstream success, staying number one in Sweden for two months before eventually being certified Gold or Platinum in more than 20 countries worldwide.

A*Teens' voices were often auto-tuned, affected, and, at times, a little too thin to effectively dominate the blaring synths and tripping drum kits in their pop music. But it didn't matter — their words were syncopated and enunciated, creating an impossibly optimistic beat that's impossible not to dance to. And, most importantly, they committed. With album names like Teen Spirit and Pop 'Til You Drop, there was no ambiguity about what kind of music they were making, and for whom.

Every song was imbued with that hormone-driven adolescent angst that transforms brief interactions with crushes into romantic epics and adults into villains who just don't get it. The choruses were soaring, the vibrato was unencumbered, the dance moves were sharp. A*Teens songs were the soundtrack to ugly-dance to in the backseat of the car on days your parents begrudgingly agreed to play Radio Disney, and the blaring pop beats that made shopping for capris at Limited Too feel like an excursion to an exceedingly well-lit tween club.

To celebrate the upcoming release, we've rounded up some of A*Teens' best ABBA covers:

The level of meta A*Teens promo in this video might be a little much if this song wasn't such a bop, and those coordinated all-white outfits didn't gleam so brightly.

They've said it before and they'll say it again — adults just don't get it! Thankfully, swaths of dancing autotuned tweens are here to save the day.

"Dancing Queen," an ode to a decidedly extra 17-year-old, was made for an A*Teens cover. Leave it to A*Teens to up the ante and dramatically transform a library into a full-blown dance floor in the music video.

Truly love the mystery and allure of the inky dystopian city in this video. A much-welcomed darker edge to our favorite sugar-pop stars.

"Lay All Your Love On Me"

Unfortunately there isn't a music video to accompany this song, but the introductory organs paired with the club electronic beat infuse the song with enough energy on their own.

"Take A Chance On Me"

Again, no video, but a lot of warbling synth and deliriously fast, caffeinated, vocals. We'll take it.