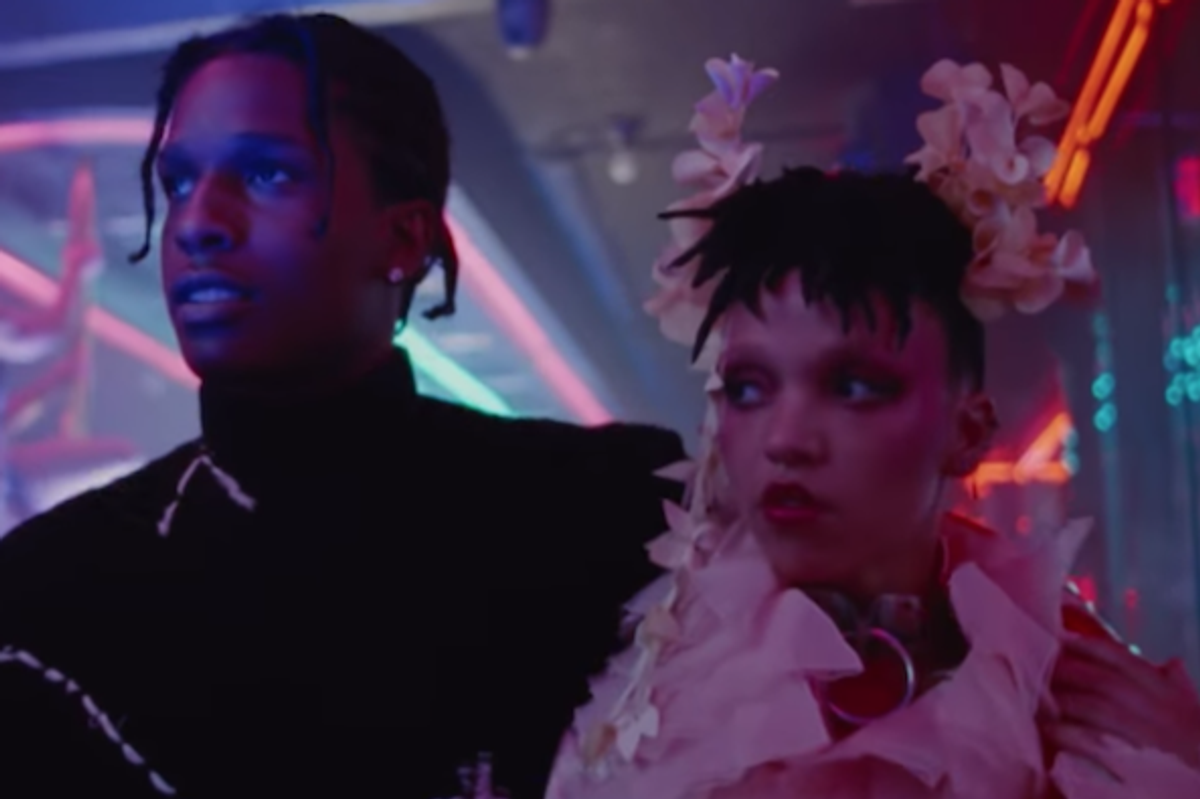 A$AP Rocky's new video for his collaboration with FKA Twigs, "Fukk Sleep," from his most recent album Testing, is here.

In the Diana Kunst-directed clip for the instantly iconic song, the pair take the party-hard ethos of Beastie Boys' '80s banger "No Sleep Til Brooklyn" literally. Set in modern-day New York, Twigs and Rocky are rebellious cyborgs who wake up from a digital sleep, like your newly recharged cell phone, and rise to crash a Chinatown jewelry store, a strip club, and an upscale dinner party. It's a Gen Z Bonnie and Clyde for your nerves.

And of course, both stars, who have always been Fashion Killas, as one beloved Rocky song goes, look incredible: Rocking knit balaclavas and chainmail, and gloves. At the strip club, Twigs wears a floral headpiece and later pole dances in a scene for Rocky in red latex lingerie while Rocky smokes a cigar using red latex arm-length gloves. Chic!