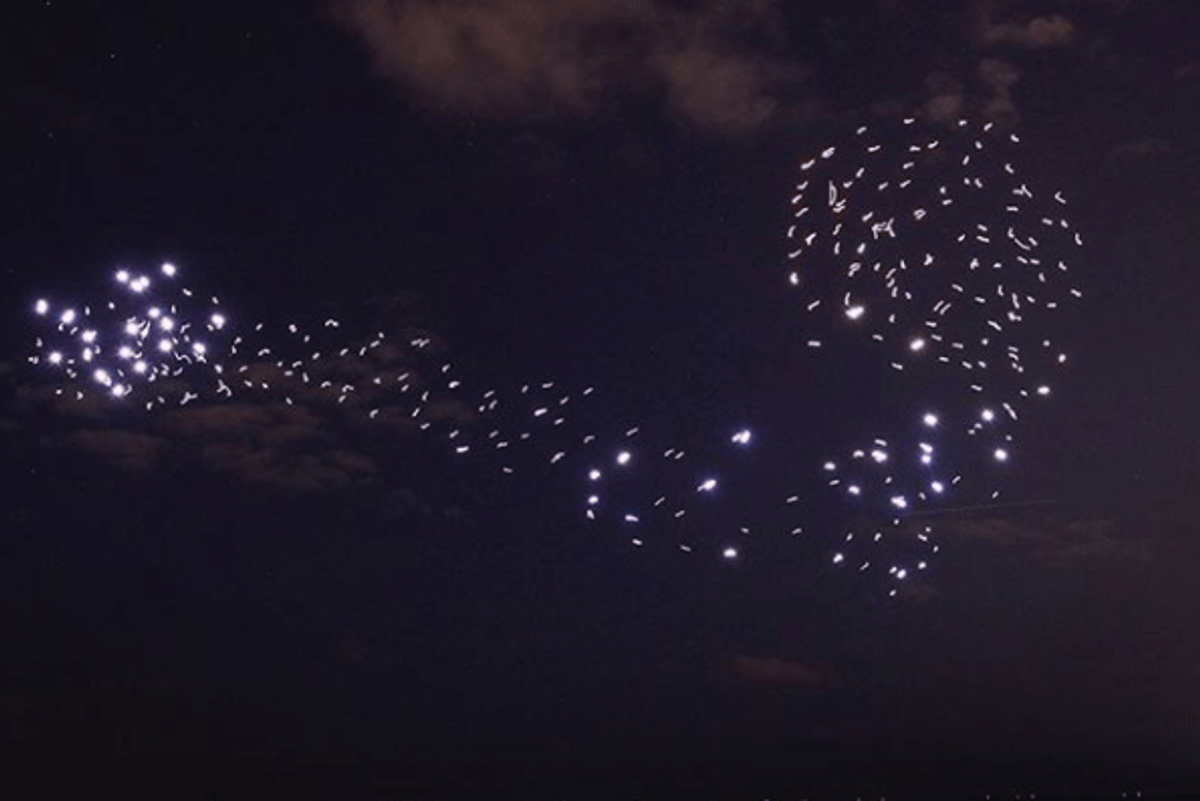 In partnership with BMW, Amsterdam-based Studio Drift put on an incredible display at Art Basel this weekend, choreographing 300 drones to simulate a flock of birds flying above the beach in the night sky in Miami.

The studio says it was inspired by the image of starlings clustering together in flocks, and interested in the juxtaposition between the individual and the group when creating the flying sculpture, titled "Franchise Freedom."

"The sacrifice made by the individual subjecting to the group gives the illusion of freedom, and creates a vicious cycle," Studio Drift's website reads.

Studio Drift cofounder Lonneke Gordijn and Ralpha Nauta programmed the drones to emulate the natural flying behavior of starlings and other birds. The 300 drones were mounted with lights and their movements were dictated by algorithms that caused them to fly above the ocean outside the Faena Hotel in Miami Beach in mesmerizing patterns.

"Everything can be simulated in animation and virtual reality, but we think there is an importance in creating real experiences that you can feel and see with your own eyes in the real world, not only through a screen," Gordijn told urdesign.