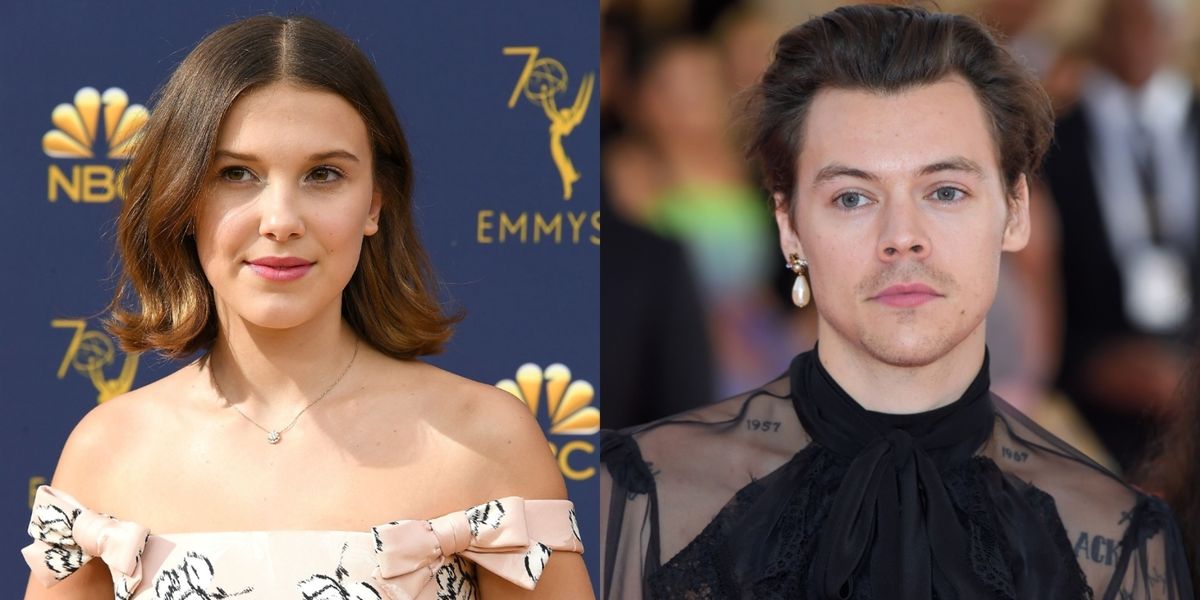 Ariana Grande's Sweetener world tour has finally arrived in Europe, and when she played London's O2 Arena on Saturday night the sold-out crowd included a VIP section full of British celebs. The most iconic among them were Harry Styles and Millie Bobby Brown, and the two were filmed chatting and dancing together for much of the night.

Stan footage captures Styles and Brown hanging out separately in the VIP section at first, but when Ari started singing her hit "Dangerous Woman," they began talking and clearly hit if off. The fans who saw them together naturally lost their minds on social media.

It's obvious that, like any other human being with two ears and a heart, Millie Bobby Brown is a Grande fan. But Styles has her beat. According to fan photos, he even wore… seven rings to the show, alluding to her Thank U, Next track "7 Rings." At one point the singer/actor dropped one of said rings on the floor due to dancing too hard, and could be seen scrambling around on the ground for a while trying to find it. He was also witnessed "slut dropping" and getting down to Grande's 2014 hit "Break Free."

Well! We didn't get any of this at Madison Square Garden, that's for sure. Thank you to all the stans who were on the ground, capturing the genesis of a beautiful new friendship.