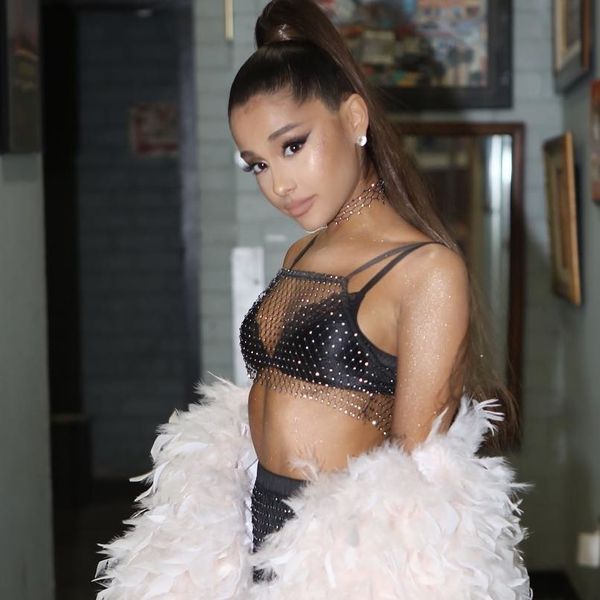 If you haven't heard, Ariana Grande's latest, and arguably most iconic, body of work, thank u, next, dropped earlier this month. Ever since promotion for the album began last year, the Internet has been at work finding ways to ingrain the album into everyday vernacular, using visuals and lyrics from the videos for both "thank you, next" and "7 rings" in memes and thirst traps as far as the finger can click. Leading up to the album drop, Grande took to Twitter to spill all the tea about her new material.

One of the most highly anticipated songs, "NASA," was speculated to be about former fiancé Pete Davidson, after fans unearthed a picture of the two in which Davidson sported a NASA T-shirt. Grande quickly confirmed that the song had nothing to do with the t-shirt but rather the concept of needing space, alluding to her longtime love affair with the galaxy. As it turns out, Grande and space go together perfectly. Remember when she set her music video for "Break Free" on a distant Star Trek-esque planet? Or how she is constantly tweeting random moon emojis?

When "NASA" dropped, NASA (yes, the actual National Aeronautics and Space Agency) tweeted their support of her new album, sending everyone into outer space. However, Grande has recently taken a new project under her wings and is now advocating for the planets. Being a NASA fanatic, Grande took to Twitter this week to call for more cosmic emojis. Requesting new solar additions alongside the Earth, sun, and moon options, she expressed her desire for "more planet emojis next update please," naming Saturn as a top choice.

i would very much enjoy some more planet emojis next update please. i could really use a jupiter a neptune and a sa… https://t.co/X3XhS7CoLE
— Ariana Grande (@Ariana Grande)1551203464.0

Since they first became part of our digital lexicon, people have been petitioning emoji creators to launch a larger variety of emojis pertaining not only to objects, but also identity structures spanning hair types, skin colors, religious representation and disabilities. While Grande's plea for more planets is a far stretch from the discussion of inclusion on the emoji platform, her tweet highlights that emojis must continue adapt to the culture. And if there is anything we have learned from thank u, next, it is that what Grande wants, she gets. So, emoji creators: please listen to the current queen of pop music or risk pissing off Saturn right before it goes into retrograde on April 30.