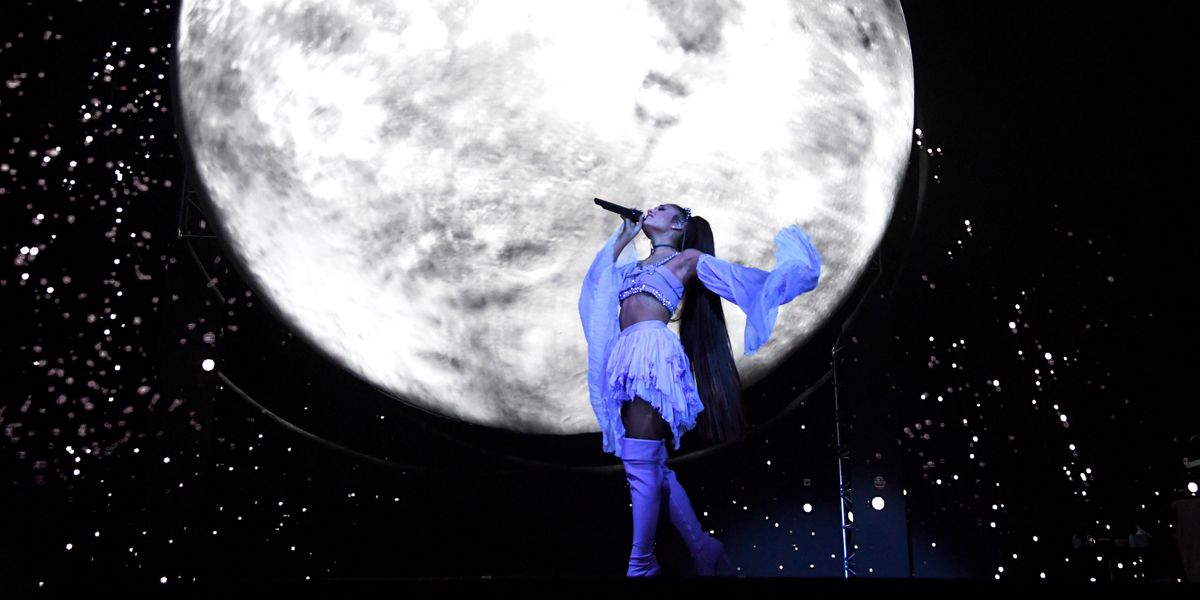 In 2019, Ariana Grande singlehandedly made NASA more relevant than it's been since the Cold War with her new buzzy, self-care single of the same name (they need the good press, too, after that whole cancelling-the-first-women's-spacewalk ordeal). The federal space station, which must've been extremely grateful that she "needed space" after the Pete break-up, even gave the album a shout-out online, thanking Ari for getting their name trending.

But it's a mutually beneficial relationship (Ari got a great song title, after all), so they're leaning into it with an official collab. This weekend, Ariana has debuted a new line of official NASA-branded merch at Coachella. The understated, retro hoodies, t-shirts and sunglasses borrow the space station's iconic logos, font, and Neil Armstrong's famous quote (adapted for her girl power ethic: "This Is One Small Step for Woman, One Giant Leap For Woman-kind"). It's now available online.

Thanks to Ariana Grande, for the first time since the turn of the century, kids will flaunt NASA t-shirts and hoodies in high schools across the country.