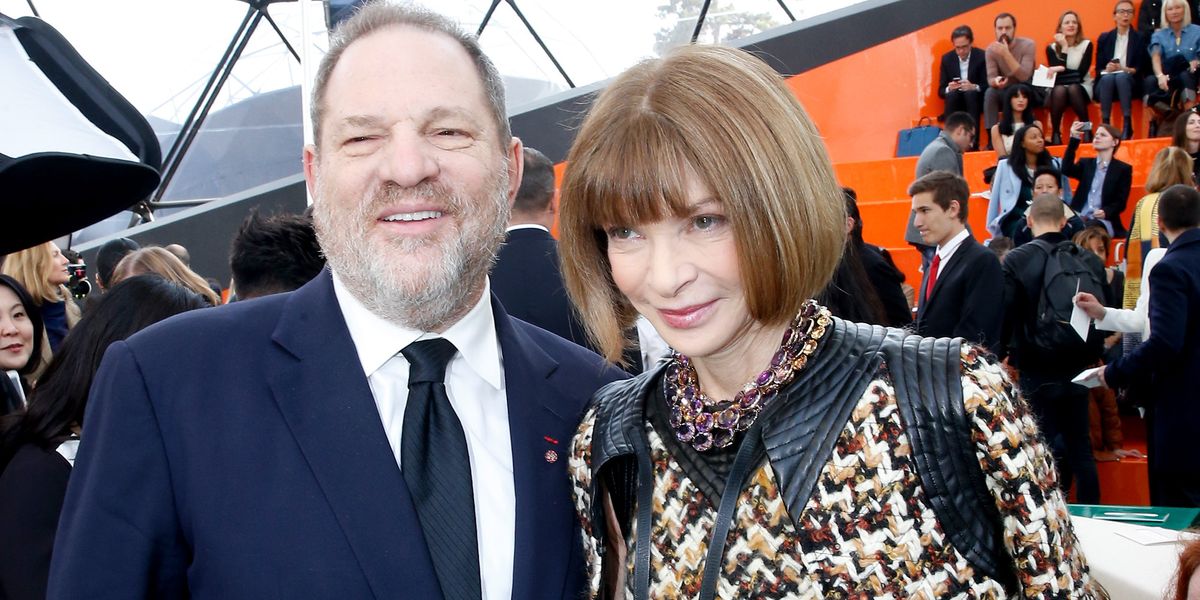 Anna Wintour commented on the extensive sexual harassment and abuse allegations against Harvey Weinstein a week after the Times published its report.

"Behavior like this is appalling and unacceptable," Wintour told the Styles section, in a story which also includes quotes from fashion insiders like Lauren Santo and Steven Kolb. "I feel horrible about what these women have experienced and admire their bravery in coming forward. My heart goes out to them, as well as to Georgina [Chapman] and the children. We all have a role to play in creating safe environments where everyone can be free to work without fear."

Wintour and Weinstein often crossed paths over the years, with Weinstein seen frequently front row at fashion week shows, sometimes next to Wintour herself. The label Marchesa, which was co-founded by Weinstein's wife Georgina Chapman, frequently appeared in the pages of Vogue. (Chapman has announced she's leaving Weinstein). Weinstein was also the producer of Project Runway and had invested in various fashion labels (French luxury fashion conglomerate LVMH also has a 1 percent stake in the Weinstein Company).