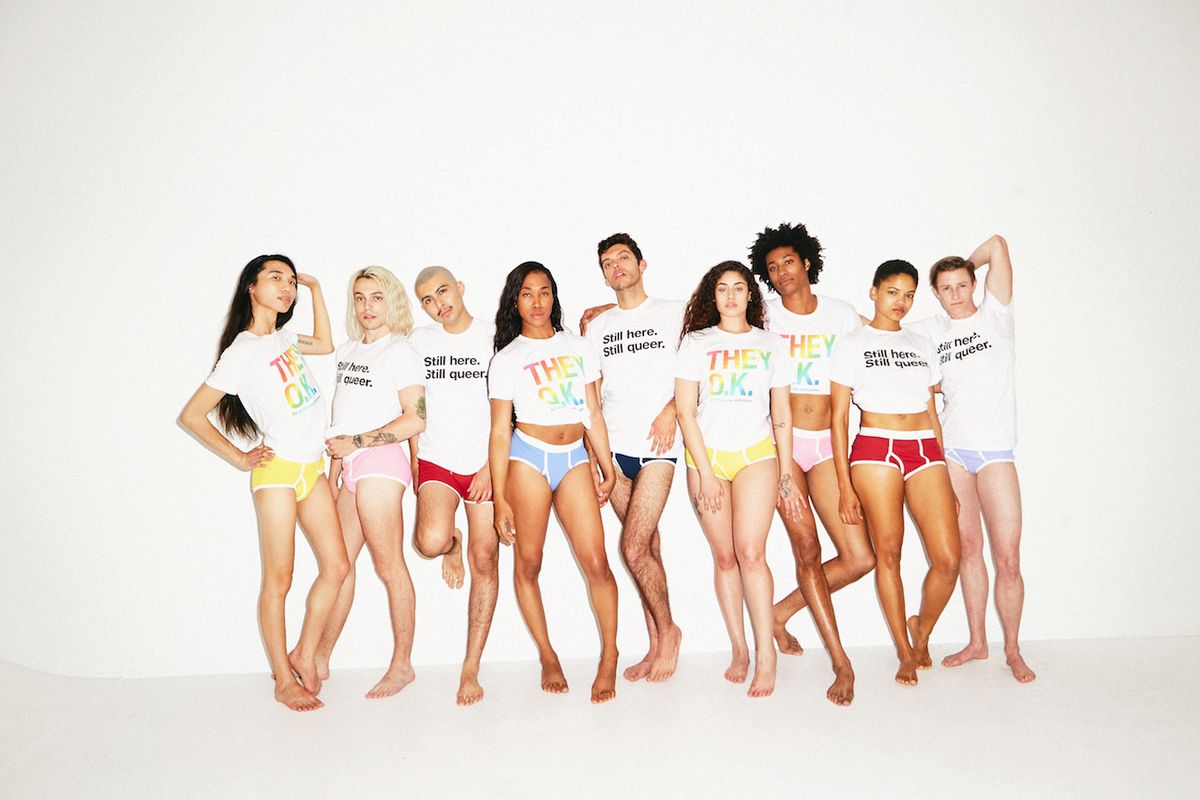 Iconic LA-based, sweatshop free fashion brand American Apparel has returned from its hiatus and is now launching a new collection for Pride month. Called "They O.K.," the campaign and collection celebrates "all pronouns in the gender spectrum." The line includes two new unisex tees and a tote, each featuring one of two slogans, "Still here. Still queer." and "They O.K.: All Pronouns Welcome."

"They O.K." is a modern take on American Apparel's bestselling "Gay O.K." t-shirts that were popular long before same-sex marriage was legalized and Drag Race was on everyone's screens (alongside AA's "Legalize Gay" tees). In traditional American Apparel style, the campaign for the collection was shot with models found in an open casting held for all members of the LGBTQ+ community.