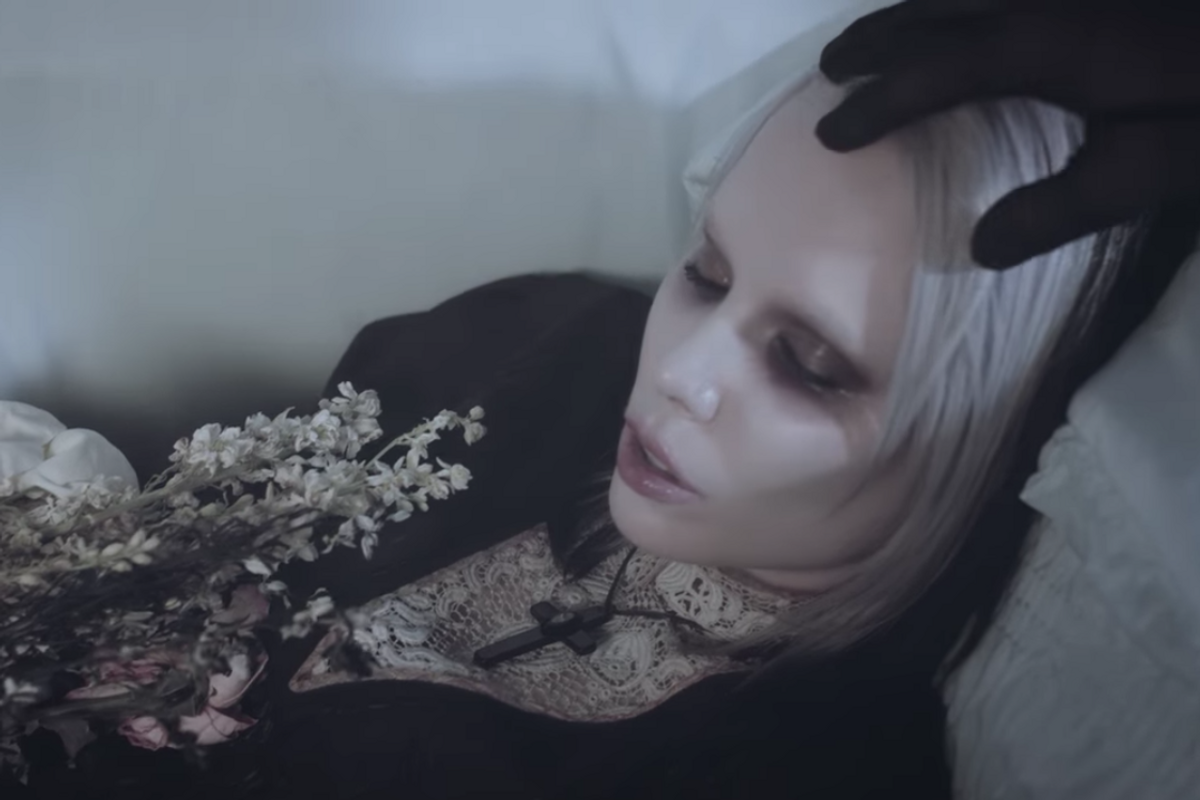 Singer-songwriter and former front woman of electronic band Crystal Castles Alice Glass has just released a new single and Lucas David-directed video for the song "Mine," which features Drag Race's Violet Chachki. The video comes after her self-titled debut EP, which was released last August, and a number of singles including "Forgiveness" and "Cease and Desist."

In the foggy, darkly-lit video, Glass drinks black tea, brandishes a skull, and displays an ominous dagger. She later depicts herself lying in a casket, ostensibly at her own funeral, though she eventually opens her eyes and appears to be alive.

Glass says the video is about her experiences surviving an abusive relationship. Last October, she accused Ethan Kath, her former Crystal Castles bandmate, of rape and assault.

Glass says in a press release, "'Mine' is about someone who hurts themselves in an attempt to regain control of their own life and experiences. It's a form of self-sacrifice and also an act of personal freedom for someone who feels completely out of control. I do not condone self-harm, but like a lot of my music 'Mine' is about my struggle with coming out of an intensely abusive relationship. In the ritual of hurting myself or taking something from myself I am at the very least in control of that act, when in so many other aspects of my life I felt hopeless."