Alia Kadir Uses Her Pain to Help You Fall in Love

Alia Kadir is the kind of girl that puts a spell on you. It's the Tuesday after Labor Day, at her EP listening party at Soho House and everything is running a little late, but the minute Kadir steps onto the dimly lit stage, she's immediately intoxicating. She uses the whole space, slithering through the audience, crooning and laughing. Although you can easily identify her musical influences — Amy Winehouse and Jill Scott among them — her sound is still uniquely her own, perfectly jazzy, sexy, and heartbreaking. Kadir makes hip-swaying, love-making, maybe breakdown-and-crying kind of music. Her debut EP, Gold takes you on a journey, guiding you in and out of love, and what's wild is most of the tracks were just freestyles. On top of being a musician, she is also a visual artist and a curator for Art Hoe Collective. Kadir wears many hats, has hella interests, and refuses to be boxed in by any means. PAPER talked to Kadir about labels, love and her latest work, Gold.

How would you describe your own sound?

It's kind of hard. Honestly when I hear my music, especially currently, it's just been painful. On a personal note, I'm not in a good place. I'm hurt, I'm heartbroken. Right now when I hear it, I can't even come up with words like soulful and raspy, it's just sounds painful.

Did you feel that way when you were making the music?

When I was making the music, I was completely numb. I wasn't physically or emotionally feeling anything. But it's almost like I put all my feelings into the music when I was recording at the end of last year. Now that it's had enough time to marinate or whatever the hell, now that I'm listening back to it, I keep hearing my story and my pain, sometimes it's not pleasant. It's crazy because I will hear the whole song out because I love how beautiful it sounds, as painful as it is. 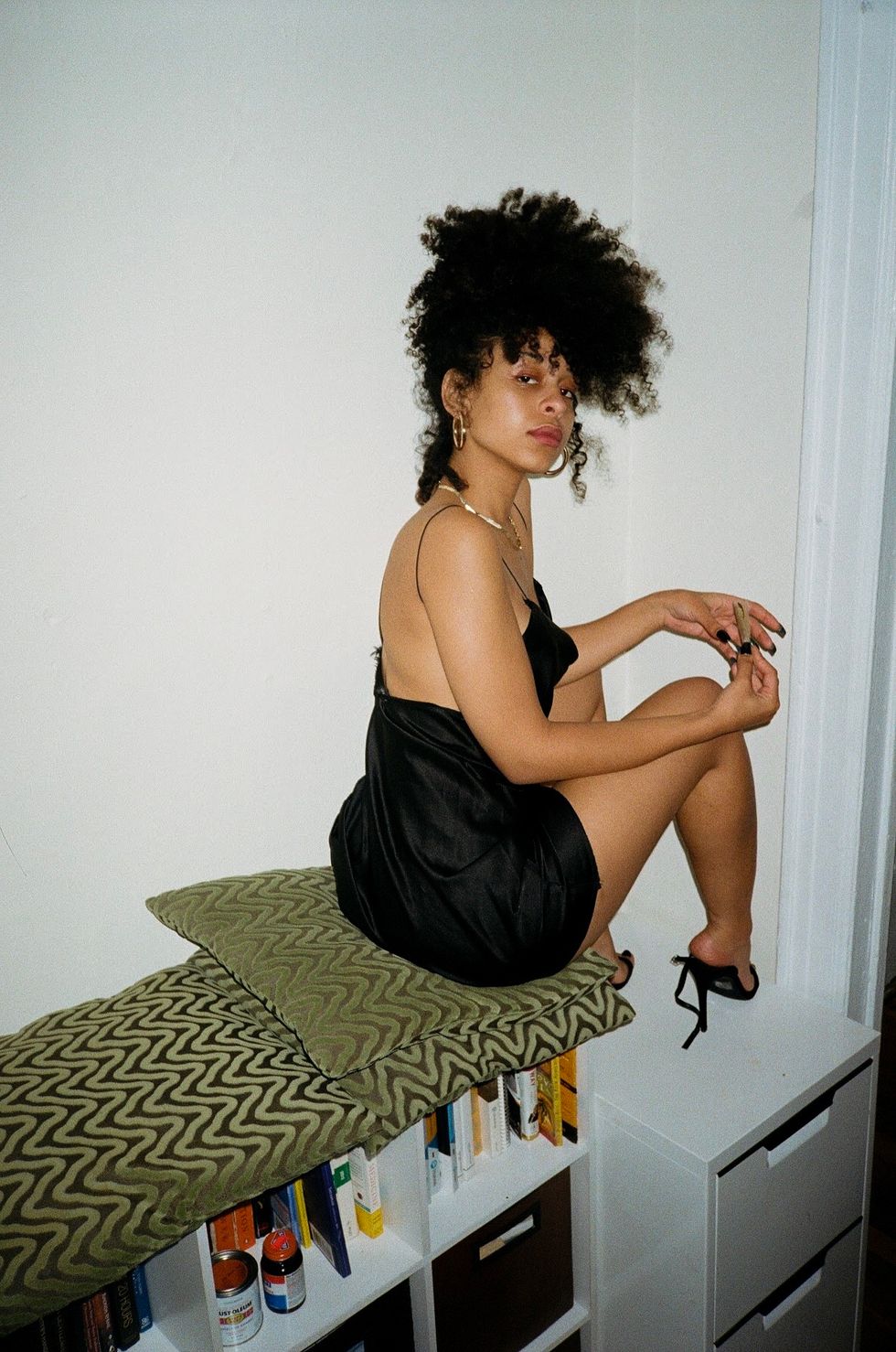 Do you think that releasing this EP helped you process some of the things you were going through?

I have a digital cam and I recorded a video yesterday just talking about where I'm at, which I never do. I'm going to make [a series of] them, like 2-3 minute long videos. In the first video, I realized my music is only a mirror for me. I've been so numb my whole life, when I do see something painful my body is like, how do we process this? We're not used to being sad or letting anyone get us down. It's about living your entire life not knowing how to process some emotions because you blocked it off for so long. When it comes to being sad, I never practiced that. All music does for me is show me how I'm feeling. But as I'm listening to it, it's not like, wow! Now all my worries have vanished!

Yeah, just because it's out doesn't mean it's done. So then what's that process like for you? Writing songs and then bringing them to life? How does songwriting and the creative process look for you?

In my real life, like my personal life, whenever I'm deeply affected by something, positive or negative, I suppress it. I don't really write. I've never written a song and gone to the studio. I get on the mic and they play music or I'm with the band House of Cards, and I just start freestyling. Imagine if there was a little box inside of you and you shove all your feelings inside then close it. When I get to the studio that box opens. When I'm freestyling, the feelings come out as lyrics. Almost every song on that project was freestyled, except the outtro to "Dreamy." 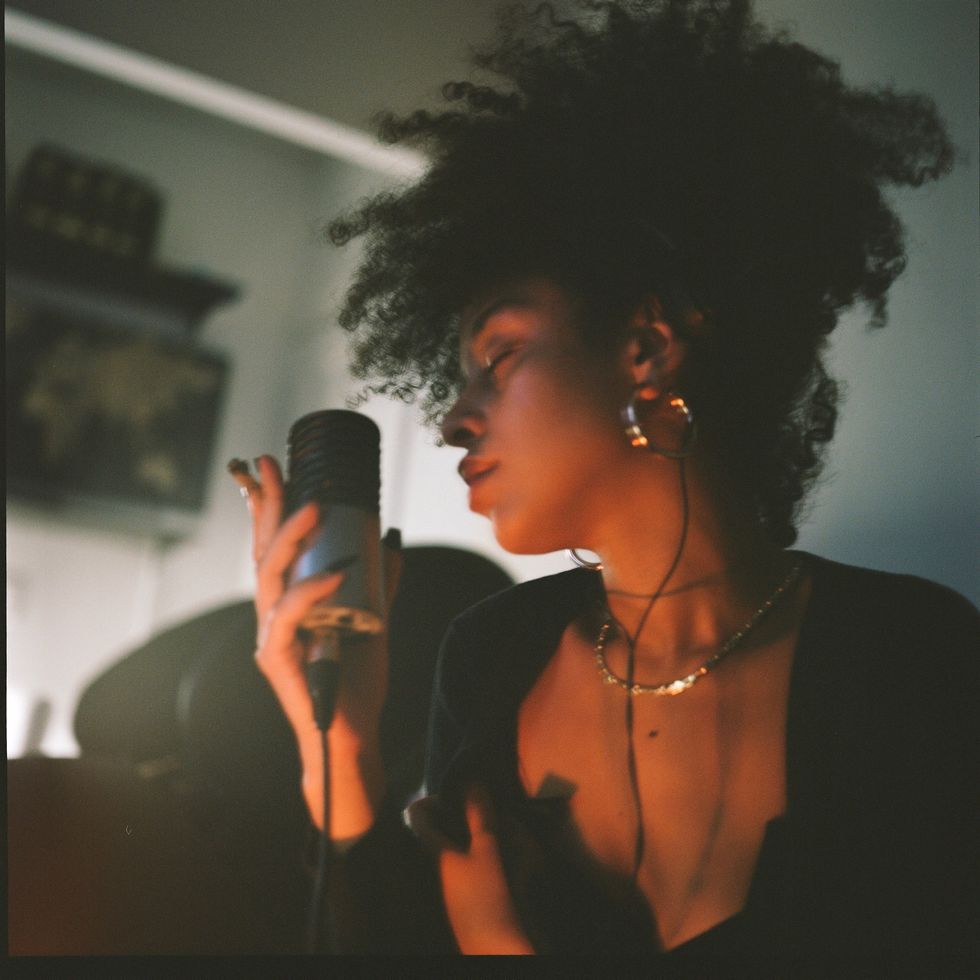 I love that. It's like we're taking a look at your first drafts.

You know how you just trust your gut when you pick something or you're about to answer a question? The first thing is always right. I think it's the same thing with music: I'm sure this is how I feel and this is how I'm trying to say it.

Well it's a wonderful thing to be sure about yourself. Do you think that translates from music to real life as well?

What you see is what you get. I'm the same way around my mother, my friends, my lovers. I don't have multiple faces. When I heard "Song For You" [by Amy Winehouse] for the first time, to hear someone go through the same frequencies of pain as me...I was 11 [at the time] so I never dated someone with a drug problem or was an alcoholic. I didn't have the same problems but when I listened to her music, her frequency, I was like, I definitely have felt this pain before. At the time, it was the only thing in the world that did not make me feel alone. There was this amazingly talented woman that I was fucking with and she's not a fabricated pretty princess. I didn't need to be polished up to be a singer. So then I started singing.

"A lot of the songs have chants in them. I wanted people to practice chanting without knowing it."

Speaking of Amy Winehouse, who are your other musical or creative influences for you?

I grew up listening to a lot of different music. I listened to Arabic music and Ethiopian music. I listened to Amy, Lauryn Hill, Jill Scott, Duke Ellington and Ella Fitzgerald. I have a thing for Sonny and Cher, I won't lie. In terms of producers, Curtis Mayfield. Funny enough he wrote and produced my favorite song in the world, "Giving Him Something He Can Feel." That is me as a song.

Which song came the easiest to you? Which was the most challenging to make?

I never really had trouble making a song. Making music is like the one thing that comes easy, but there's a song on the project called "See No Evil" where I was like, should I really post this? It was a deeper part of my world. A lot of the songs have chants in them. I wanted people to practice chanting without knowing it. The hook to "Gold" is "don't stay here, there's so much gold" over and over and over again. "See No Evil" is also a chant. I have Medusa, who is a part of myself and she helps me see certain things, she's my spiritual advisor, my other half. She is normally that for me but on this song she's being it for everybody. It's a record for the people. Medusa wanted that and "Sweet Nothing" for the people.

Something we had once talked about before is how you don't like to use pronouns in your music, can you speak to that more? How does your identity impact your music?

With the lack of pronouns, when I think about love I don't think man or woman. When people are listening to me sing about love, I don't want them to think man or woman either. I just want them to think about love and then naturally whatever that looks like for them. I can't make music for everyone if I'm only singing about one type of love, especially if I don't practice one type of love. I think there's enough hetero music out there.

Is queer the word you use to describe yourself?

I've never identified with labels. I like what I like. I don't think about bodies like that, that shit doesn't matter to me. I'll take ya nigga, I'll take ya bitch, I'll take them both. A label boxes me in. 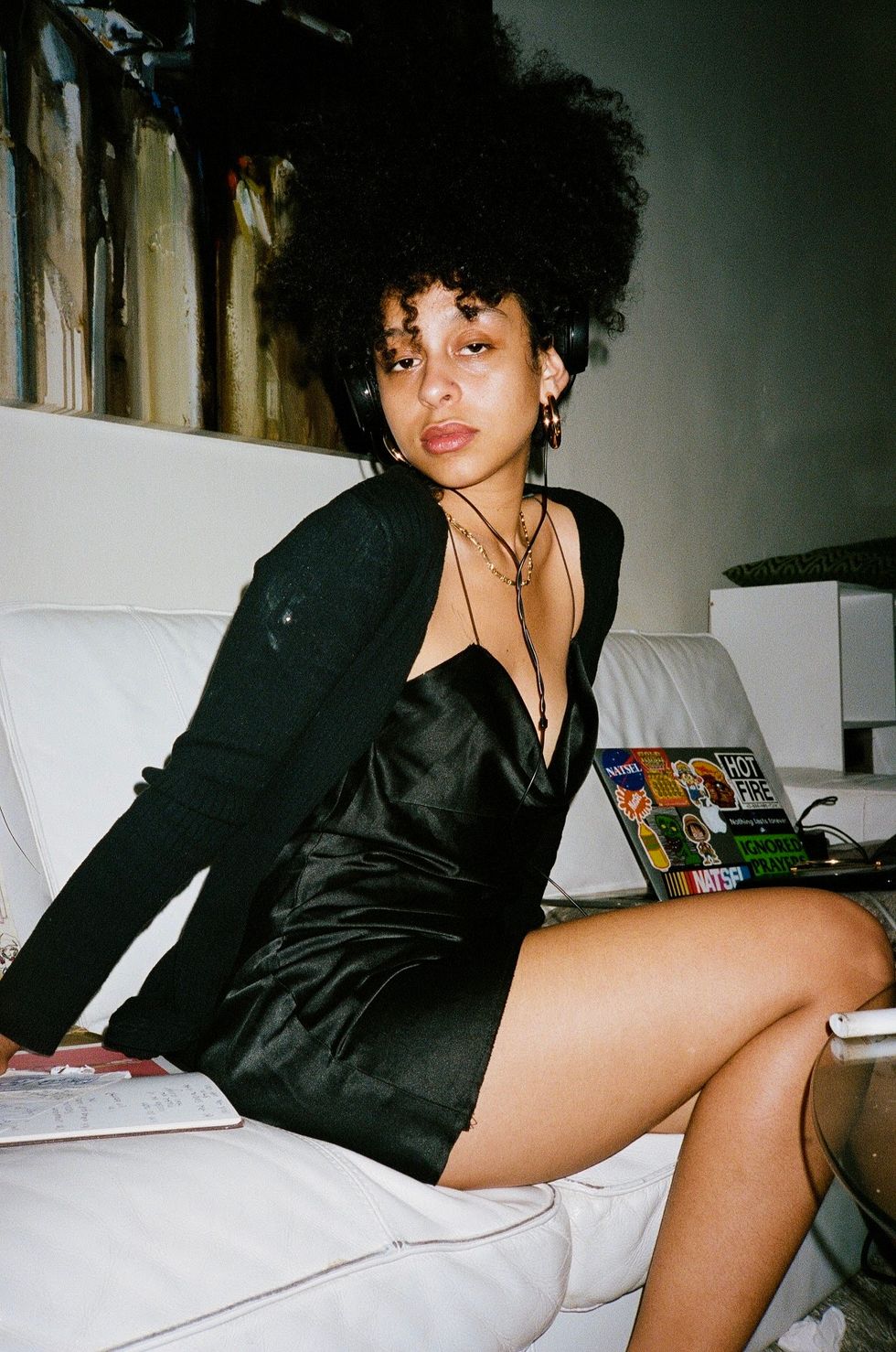 How do you feel about putting this project out?

A lot of things in my life had to happen for this project to be made. A lot of love was lost in my life, but it's the new shit I'm ready for.