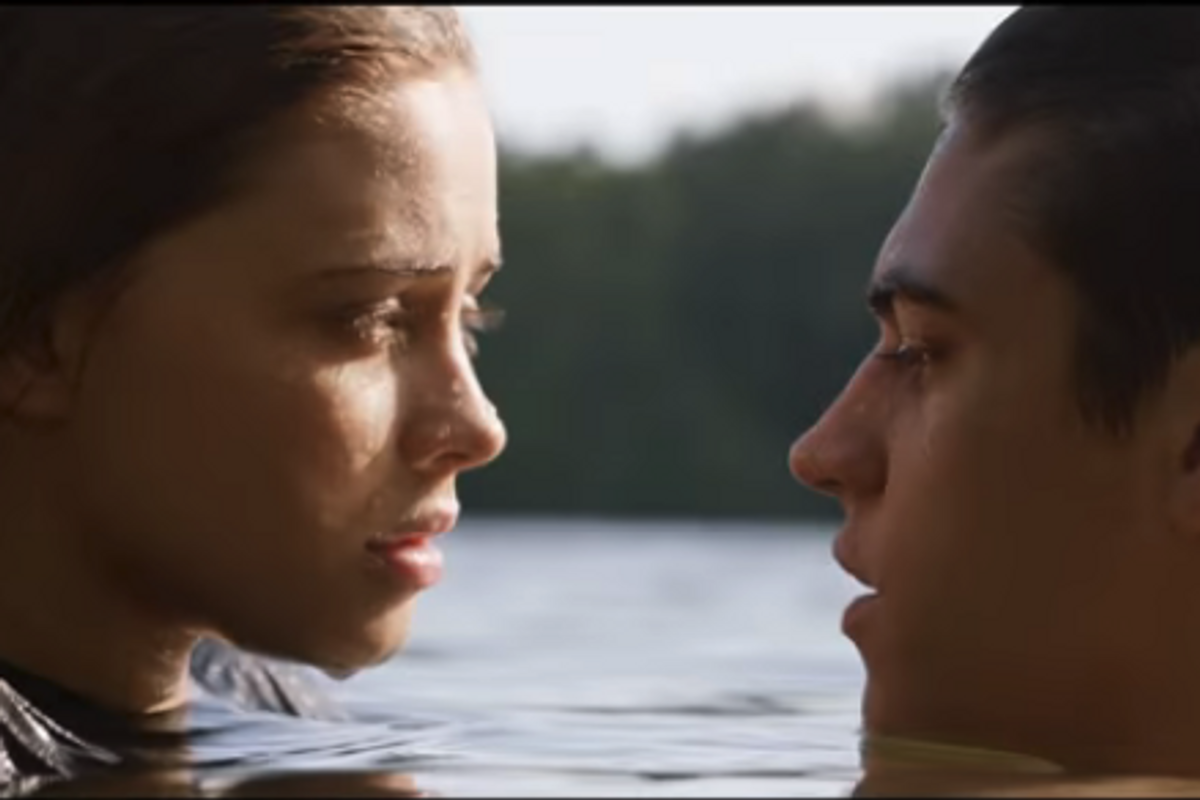 This New Movie Is Based On Harry Styles Fan Fiction

With 50 Shades Of Grey, we learned all about fan fiction's cinematic... potential. Lest you forget, the randy novels that gave us Anastasia Steele and Christian Grey's weirdly icy, intense and stern romance were born from E.L. James', a former frequent contributor to Fanfiction.net, obsession with Bella Swan and Edward Cullen's icy, intense and stern romance. Fan fiction's cum-dripping, overwrought melodrama might not make for great cinema, but it definitely sells.

The college-age follow-up to 50 Shades is naturally all about Harry Styles, who is the subject of an immense and glorious body of online literature. The most famous contributor to this canon is Anna Todd. In 2014 when she was 25, Todd became an online sensation, and dubbed "the biggest literary phenomenon of her generation" after she turned her illustrious 2,500 page online One Direction fan-fic epic into a 584-page paperback and a six-figure royalties deal with Gallery Books.

She also signed over the film rights, which bring us to After, the movie the adaptation of her novel which follows the "tumultuous, often toxic relationship" between two college students, Tessa Young and Hardin Scott aka Harry Styles.

The first full trailer dropped today and — as a) a poptimist, b) a One Direction fan, and c) someone who would like to see film and literature democratized with good use made of the vital creativity of fan communities — I am sad to say that it looks truly awful.

In After, our protagonist Tessa (Josephine Langford) is a good girl. Hardin/Harry is a mysterious, tattooed British bad boy (notably played by baby Voldemort/Tom Riddle actor, Hero Fiennes-Tiffin), whose tortured complexity lures her away from her high school sweetheart. Queue heavy breathing and long locked gazes across a truth or dare game at a frat party. Making out in a lake. Laughing and playfully batting around foam in a bubble bath. Then! Something changes. Text runs across the screen: "Nothing will ever be the same." A long shot of a smashed vase of flowers. Hardin-Harry bashing a guitar against the wall. He's moody and dangerous, but she just can't stay away! Everyone warned her!

While it absolutely reeks of romanticized emotional abuse and every thriller love-story cliché in the book, After is probably destined for box office gold, given everyone's morbid curiosity, including mine, to see a Harry Styles-proxy go rogue. People are well-documentedly awful, after all.

But I'm genuinely bummed, as I tend to agree with The Mary Sue's assertion that there has to be better fan fiction out there waiting to be plucked from the bowels of the internet than this. I mean, where's the steamy love triangle story between Jackie O and Marilyn Monroe? Where're Kerouac and Hemingway novels revised, featuring a strong and silent female asshole? Where's the damn Brokeback Mountain sequel?

If we're going to go the One Direction route, why not mine the cinematic gold of the conspiracy theory that Louis Tomlinson faked his son's birth to defend his heterosexuality and deny an affair with Harry Styles? Now that's the making of a good movie, a riveting tale of the lengths young men will go to feed their internalized homophobia.

I confess, I don't read that much fan fiction. But based on the absolute insanity of modern day standom, I suspect Hollywood is sleeping on reserves of dope, weird, freaky fan fiction while they invest in these derivative, toxic hetero love stories (that we're gonna probably go see, because we are weak and live for drama). Anyway, After is out April 12.