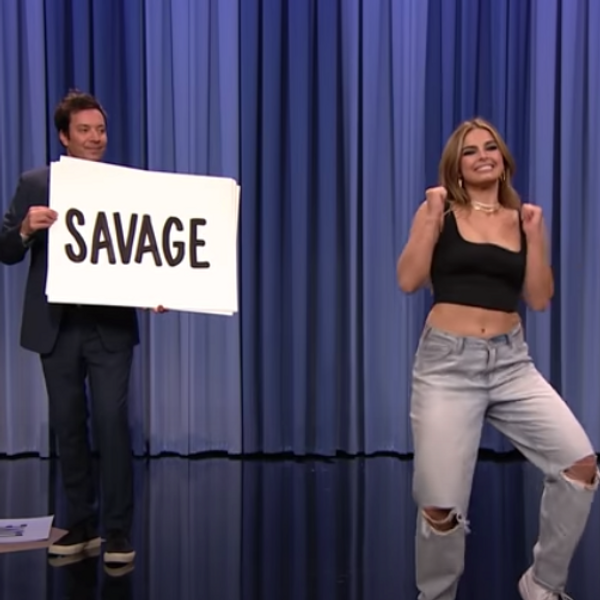 Addison Rae has responded to the backlash surrounding her TikTok dance skit from a recent episode of The Tonight Show.

Last week, the social media star appeared on the late-night show to perform eight viral TikTok dances for host Jimmy Fallon. However, it didn't take long for people to criticize her for failing to credit the mostly Black creators of these dances — including @jazlynebaybee, @flyboyfu, @yvnggprince, and @theemyanicole — which reignited a conversation about the way white creators co-opt and capitalize upon viral trends created by Black people.

In response to the criticism, Rae told TMZ that she didn't mean to snub the original creators, before saying that they "definitely deserve all the credit because they came up with these amazing trends."

"I think they were all credited in the original YouTube posting, but it's kinda hard to credit during the show," she said. "But they all know that I love them so much and I mean, I support all of them so much. And hopefully one day we can all meet up and dance together."

Rae also claimed that she was talking to The Tonight Show's team about the incident "behind the scenes," though she also went on to add that she wants to collaborate with a few of these creators once the pandemic is over.

"Ever since the beginning, I've been talking to most of them and definitely want to collab with a lot of them," she said. "Hopefully, once the world opens up, we can all meet up and do something together, because it'd be so much fun."