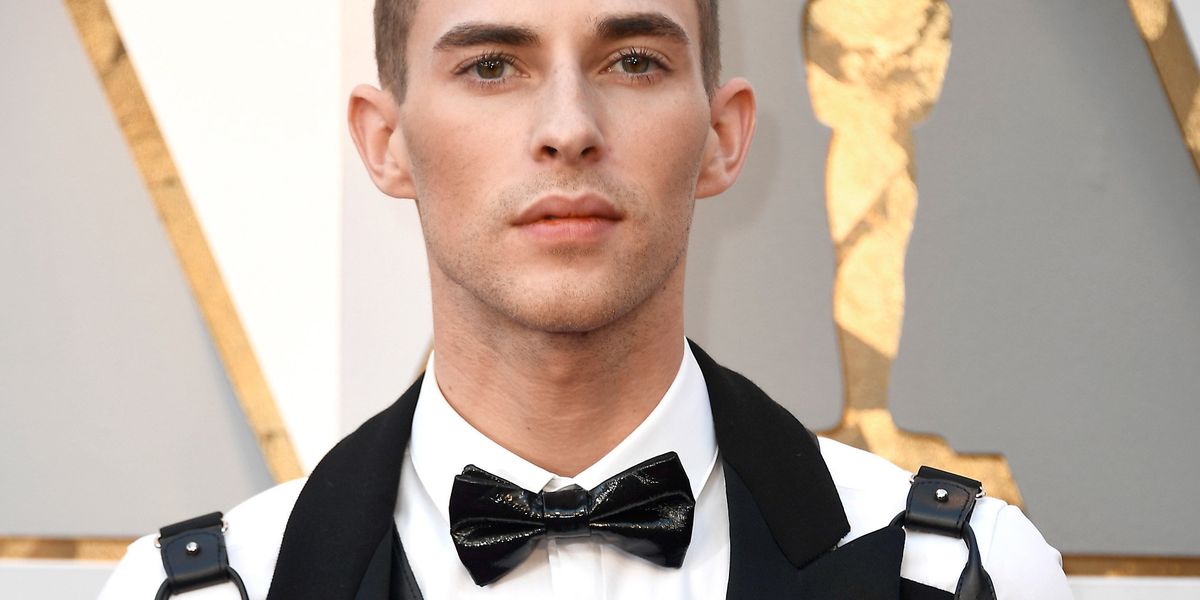 After bringing a refreshing jolt of queer energy to the 2018 Winter Olympics, Adam Rippon did the same tonight for his Oscars red carpet debut.

Adam Rippon on Instagram: “Dressed to impress in @moschino. Getting ready for the Oscars with @accessonline! Huge thank you to the brill, beautiful, and kind,…”

While menswear choices on the Oscars red carpet are traditionally conservative, the 28-year-old skating star's look was a reminder that daring fashion isn't exclusively for the women.

And the same goes for the ice rink. Beyond his talent, Rippon attracted attention for his flashy Olympic costumes, some of which took weeks to complete and were embellished using things like paint and (lots of) Swarovski crystals.