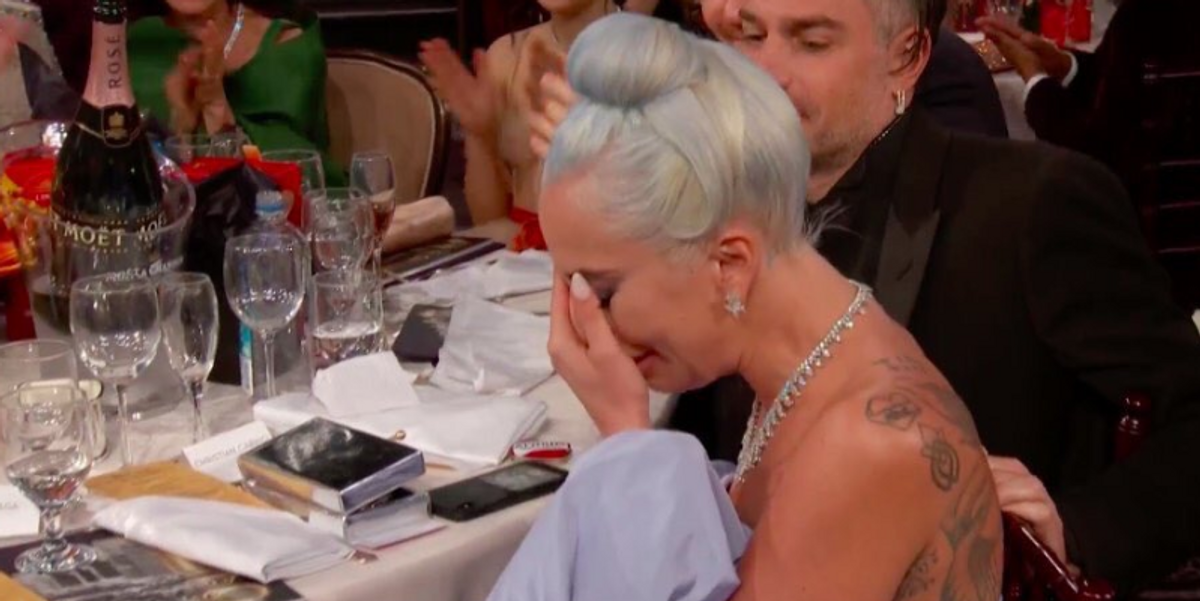 People Feel Like 'A Star Is Born' Was Robbed

Out of 99 Lady Gaga stans in a room who lost themselves when she took home a Golden Globe for "Shallow" in the Best Original Song category, there is one who is perfectly fine being a hater. Or, in this case, the "one" of 99, to make use of Gaga's definitely overused line for the A Star Is Born press run, would be the Hollywood Foreign Press Association, who ultimately decides who takes home a Golden Globe.

If Twitter is an accurate indicator, people feel outraged that Gaga's Ally character didn't get more attention, instead being bested by Bohemian Rhapsody, in a 2018 full of films exploring various sides of the music industry. Critics and filmgoers alike were quick to point out that A Star Is Born — which was nominated for five Golden Globes, and ahead of its broadcast last night, was expected to sweep the awards ceremony — fared better with critics and at the box office than Rhapsody, scoring 90% on Rotten Tomatoes compared to the Freddie Mercury biopic's 62% rating.

But regardless of how well ASIB was received, Rami Malek who played Mercury in Rhapsody, beat out Bradley Cooper's Jackson Maine portrayal for the Best Actor in a Drama category. And Gaga did not win Best Actress, losing to Glenn Close for her role in The Wife, which was a surprise to many.

The nail in the coffin came when ASIB did not win the Best Picture category — that, too, went to Bohemian Rhapsody. That might be because Bryan Singer, the latter film's director, has been accused of pedophilia.

Naturally, a resounding booooo erupted through the Internet's echo chamber, despite Gaga's tearful "99 people/thank you for believing in me, Bradley" speech upon her "Shallow" win. Watch that happen below, as well as some of the wildest tweets about the A Star Is Born snubs.