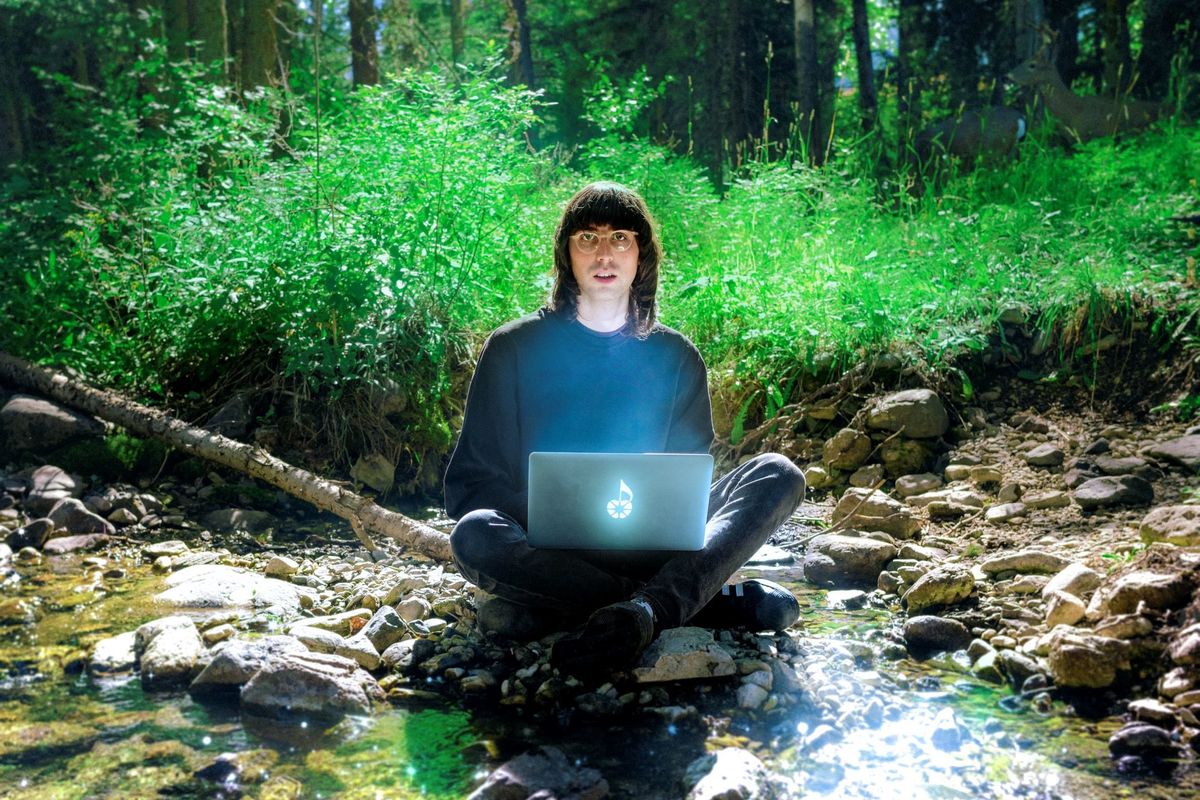 Following the release of his sprawling seven disc, 49-track debut album, 7G, it would be safe to assume that A. G. Cook might want to take a break, a moment to catch his breath, give himself a pat on the back and soak it all in. Well guess again, this is A. G. Cook we're talking about.

The PC Music label head and apparently terminally industrious producer has announced that he has yet another album is on the way, his "second debut album" to be more precise, and it's set to be released in less than a month on September 18th. Sporting a much more paired down tracklist than his previous full length effort, A. G. Cook's latest record, Apple, is set to build off of the sonic palette put forth in 7G (Drums, Guitar, Supersaw, Piano, Nord, Spoken Word, Extreme Vocals) and marry that with Cook's unique approach to songwriting that he's honed during his years pushing forward the pop frontier alongside Charli XCX.

"Apple is my own take on Personal Computer Music," Cook explains in press release. "I've always been interested in the blurred line between bedroom and professional studio production, and at what point a personality either gets created or accidentally takes shape. For me there's a great sense of freedom in combining something slick with something naive — a reality where anything could happen. In calling the album Apple, I wanted to draw attention to one of the simplest, most everyday objects, which somehow contains references to almost everything imaginable — from computers to The Beatles, New York to Snow White, and an entire world of history and mythology. A little free advertising doesn't hurt."

Following last year's lead single "Lifeline," the first new song off the album, "Oh Yeah," may come as a bit of a curveball for PC Music stans expecting the glossy hyper-polished pop Cook is known for. Stripped back vocals and acoustic guitar strumming form the meat of the track with touches of bass and autotune sprinkled throughout, "Oh Yeah" sounds like (and I mean this in the best way possible) it would feel right at home on the soundtrack to a Disney Channel original romcom. An endearing-if-uncanny blend of pop artifice and earnest emotion, "Oh Yeah" is really a testament to just how deep Cook's devotion to the craft of songwriting goes.

"The notion of pure, classic songwriting is one of the core aspects of the album and 'Oh Yeah' is maybe my most direct attempt," says Cook. "I was really inspired by Shania Twain and how her clean, slinky vocals tell you as much about the song as her lyrics. The song itself — like most pop music — is really about confidence and escapism, and how bittersweet those things can feel."