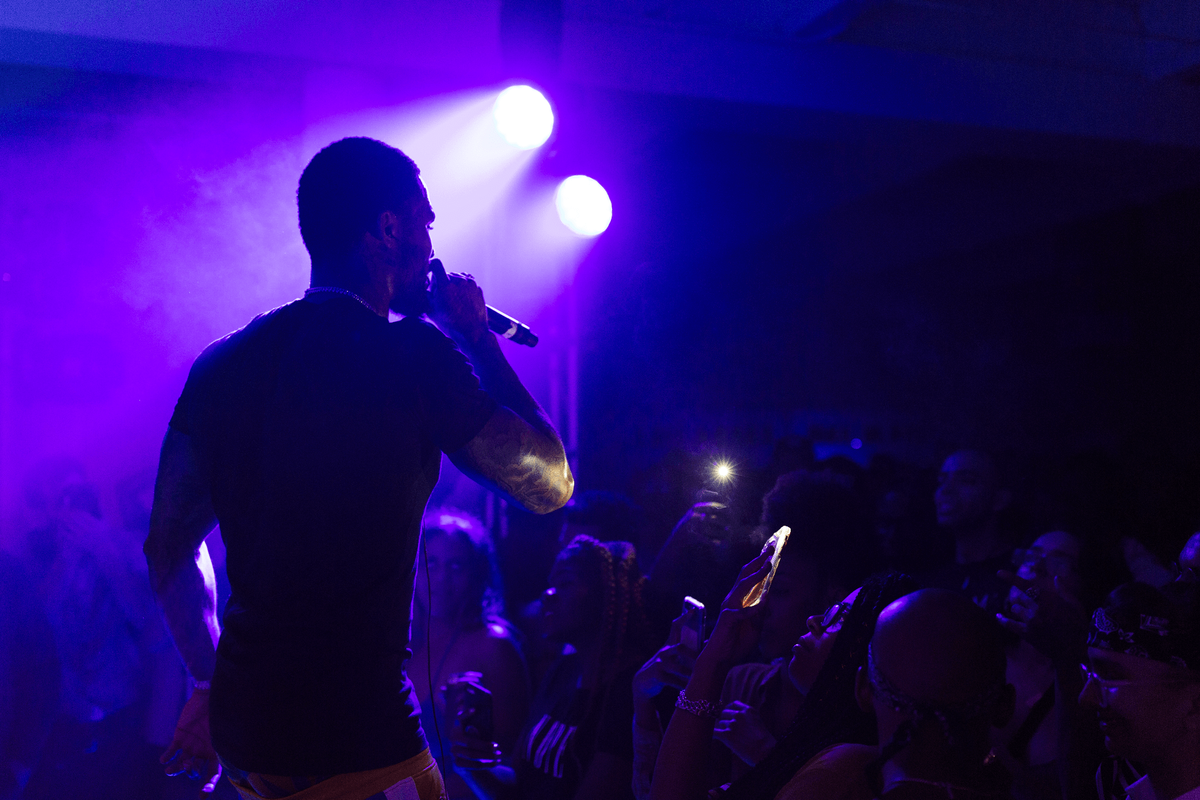 If you missed 1800 Tequila x SoundCloud's "Blank Canvas" Art Basel event, you missed out. The star-studded event that fused exhibition, installation and performance was Brooklyn warehouse party-esque in its chic grittiness, giving Miami's up-and-coming Wynwood neighbourhood all the allure of South Beach — i.e. the Insta-story opportunity of dreams.

Walking into the garage-space, converted by dynamic firm "Snarkitecture" for live performance, was a transformative experience in itself. The duo, which is composed of artist Daniel Arsham and architect Alex Mustonen, are famous for their expert fusion of art, architecture and interior design, often recruited by the world's most iconic luxury brands (the duo were famously hand-picked by Hedi Slimane designed Dior Homme dressing room installation in Los Angeles — his only mandate that each contain a mirror, bench and light). Arsham and Mustonen have since become considered rock stars in the art world and their work on this particular event could not have testified to this status further. Designing the area to imitate the intimacy of a recording studio — completed with pseudo-acoustic foam — the two constructed a stage for Atlanta's MadeinTYO. The larger platform, installed across the space, was enveloped in a quasi-3D projection created and installed by Australian artist-cum-king-of-cool, Nick Thomm. Oscillating between Thomm-animated images of flowers and figures, the mesmerizing installation that was every kind of screensaver goal.

Breakout rap stars, Dave East of New York and Atlanta's MadeinTYO, were tapped to entertain the crowd — a range of impossibly cool Off-White clad creatives who snaked down the venue's alleyway and around the street prior to opening. East's evolution from the streets to international success, as well as MadeinTYO's rise from rebellious army brat to one of the most sought-after rappers in the game, embodied 1800's slogan "just refined enough" (a mantra that encourages drinkers to celebrate their personal victories while still remembering and respecting their roots). The hip hop heavyweights brought the house down with their respective sets. A sea of iPhones rose above the crowd to capture MadeinTYO's hit "Uber Everywhere" while Dave East saw every native-New Yorker in the vicinity rush the stage. Even after the rappers retired the crowd continued to dance the night away — enveloped in the magical holographics of Nick Thomm, with Miami-inspired 1800 cocktails in hand.

Check out images from the event below and stay tuned for our chats with rap revitalizers Dave East and MadeinTYO.