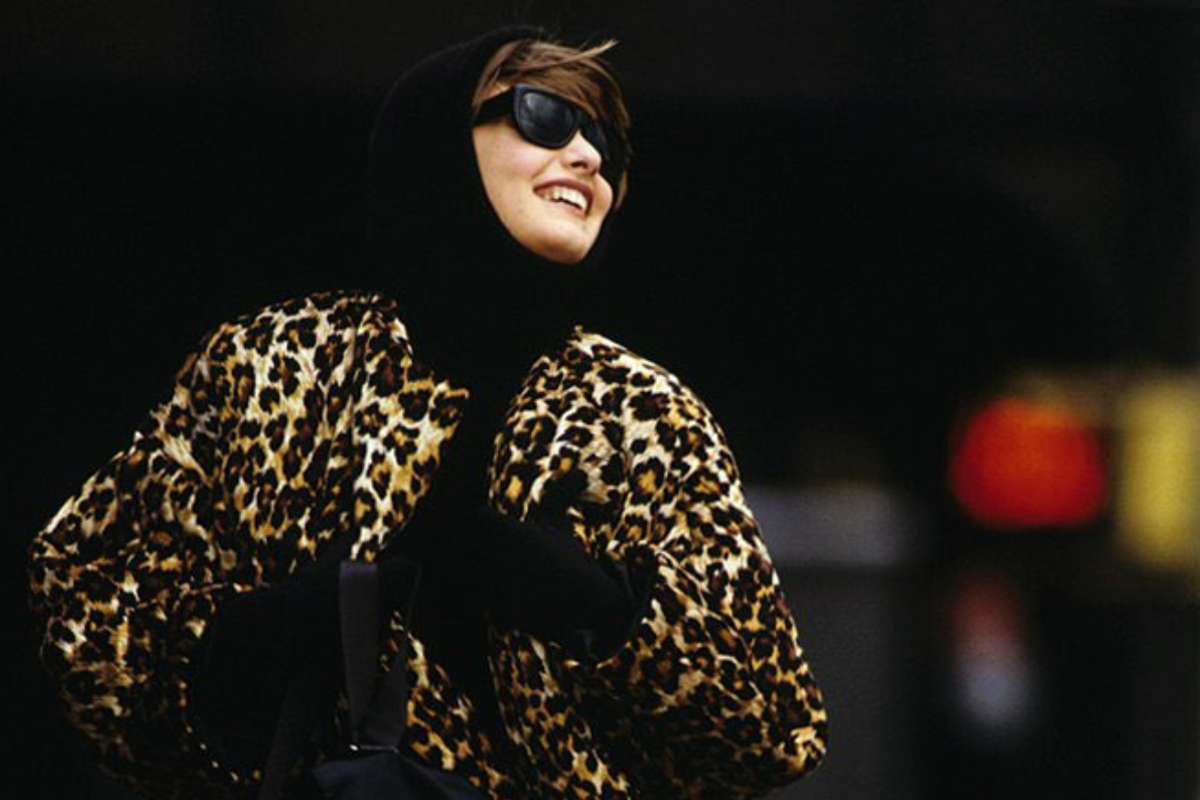 For a designer who nearly every season manages to upend what came before, it is a fool's errand to try and identify the moments where the needle truly shifted. Miuccia Prada's impact on the way we not just wear fashion, but even think about it, is hard to measure and the times the fashion world was heaved forward after one of her shows is more than any other. As Milan awaits her latest collection this afternoon, we recall some of the truly watershed moments in the Prada pantheon.

In 1984 Miuccia Prada introduced the "Vela" which was a backpack style available in black and brown wrought in a specially made, water resistant nylon called "pocone." When she began showing ready to wear a few years later, editors and buyers who happened by the showroom fell in love with the idiosyncratic accessory ( luxury nylon??) and an It Bag was born. With the distinctive metallic Prada seal (NOT a logo), a riff on the original company's imprimatur as royal Italian leather goods maker, glinting when it caught the light, there was a marked difference between the gaudy and gilted bags being schilled at the time by the luxury competitors. The Vela would go on to be the cash cow of the company and signaled that Prada was place for modernity and no lack of cleverness.

After taking the helm of the family business in 1978, Mrs. Prada made quick work of dusting off the legacy established by her grandfather of Prada as an old world leather goods and luxury house. After introducing nylon accessories and a shoe line, she began showing RTW collections in Milan, her first being in the fall of 1988. It was the opening line of perhaps the most compelling and revolutionary conversations we are still having in fashion. Also peep a baby Kirsten Owen.

Mrs. Prada's Spring and Fall collections in 1996 were geek chic and jolie laide (french for "pretty ugly") to the extreme. It was arch irony yet delicious fashion and a bellwether for dressing in the 90s.

After the boffo success of her nylon accessories and bags coupled with her burgeoning RTW line, Mrs. Prada had the means to expand her brand reach and introduced Prada Sport in 1997. If you think athleisure was a invented in the last decade, think again. The concept that working out or roughing it could be done in luxury apparel was being marketed by Prada long before Lulu Lemon was selling leggings. The campaigns (shot by photographer Phil Poynter) were pretty fabulous too.

For the Fall 1994 collection, Mrs. Prada took the special nylon from her backpacks and made everything from jackets and vests to full dresses and skirts. It was ingenious on the runway and a utile notion she has returned to in successive seasons.

Leave it to Mrs. Prada to take something as démodé as fanny packs and make them the must have accessory of the moment. The tourista chic pieces she showed for Spring 1999 were Gattaca meets Times Square in August and were just the kind of witty but irresistible fashion she was making her name for.

The Prada Bowling bag was THE It Bag of 2000—and the first of the millennium. The confluence of Prada's quirky, geek-lite vintage mood at the time and the popularity of films like Swingers and other 60s and 70s throwback movies made the piece the perfect bag for the moment. This season, for fashion nerds, was also the one that brought us the lip and lipstick prints skirts and separates, now a veritable holy grail on ebay and TheRealReal. Also Charlotte in a head to toe look on Sex and the City pretty much sealed the deal.

Prada sometimes has the power to disturb just as well as delight, and the Fall 2007 show was one such season. The fraggly sweaters and otherworldly, decaying pieces were not for the faint of heart. It was a mordant proposition with some of the most memorable looks—you could not miss those pieces on the street — that retain their eerie power even a decade later.

The codes of the haute bourgeoisie are a veritable playground for Mrs. Prada, making no secret of the fact that she is a product of such a system and will from time to time, not so much attack, but hold a kind of fun house mirror up to it. For Fall 2008, she took the emblematically mumsy material of guipure lace and spun it to glorious ends. She joked that they had all of Switzerland working on the sinister but riveting pieces.

When one imagines the Prada woman, Britney Spears is perhaps the last name one would conjure. And yet for Prada's ebullient Spring 2014 colleciton, it was Spears' anthemic "Work, Bitch!" that blared over speakers, energizing the looks which featured fully articulated women's faces in rainbow brite colors. Pradaphiles might also draw a connection between the call to labor ℅ Britney and Mrs. Prada's past as an active member of Italy's Communist Party in her youth. Workers of the Pradasphere, unite!