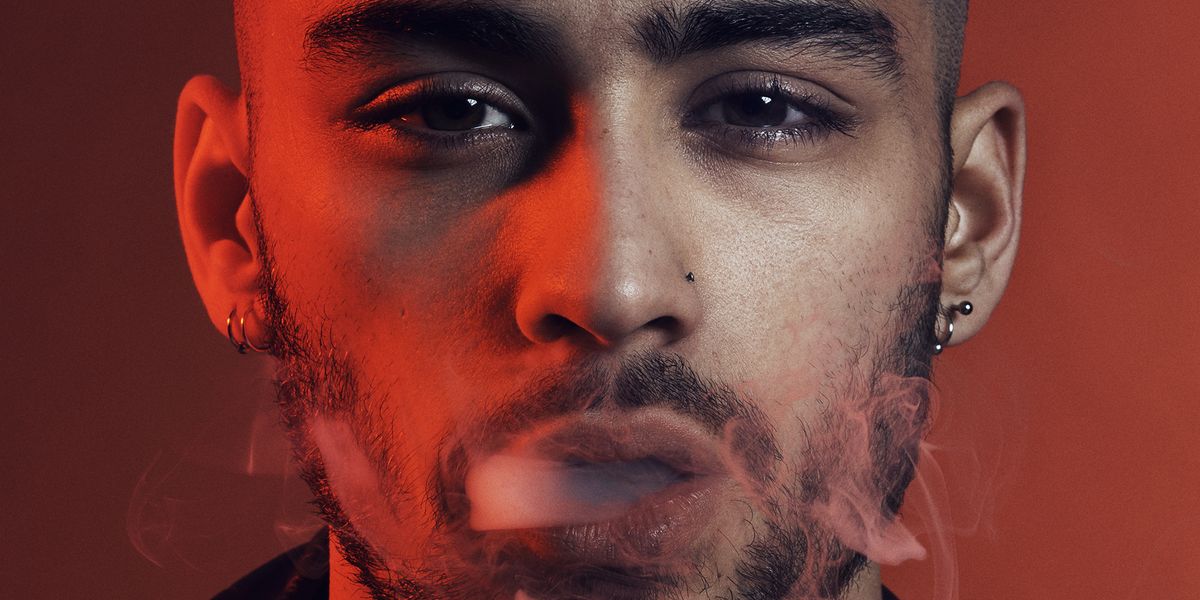 After leaving the band that made him famous, ZAYN's solo career is on fire. He talks going it alone, his relationship with Gigi Hadid and why he enjoys singing about sex.

When Zayn Malik left One Direction in March 2015, honest-to-god tears flowed across the globe. Just Google "Zayn leaving crying" and the Internet will burst open with videos and tweets of young people all over the world sharing their unfiltered sorrow, including his former bandmate Harry Styles, who was caught wiping his eyes while on stage at 1D's first post-Zayn show.

The biggest boy band in the world soldiered on without their missing fifth, releasing another album before eventually announcing an extended hiatus that started this past March. It's not entirely clear whether the hiatus is truly a breakup, but in the interim, Zayn has screeched off into solo stardom with nary a speed bump in his way. His debut solo album, Mind of Mine, arrived at the end of March, and in the two months since, Zayn has all but scorched the international radio charts.The record is bursting with downtempo R&B and confessional lyrics akin to artists like Miguel or Usher, each song thoughtfully crafted around Zayn's powerful falsetto. Over the 18 tracks, there are the requisite head-bobbing earworms, like "BeFoUr," as well as heart-thumping ballads, like "iT's YoU," where his voice practically spirals into outer space.

Smoldering and self-assured, Zayn 2.0 has joined the ranks of mononymous artists -- his name is now branded ZAYN -- and he gets to call one of the most beautiful women alive, model Gigi Hadid, his girlfriend (there have recently been conflicting reports about whether the two have split, but ahead of press time, comments in the media and videos on Hadid's Snapchat suggest the couple are still together). His first single, "PILLOWTALK," charted at number one in multiple countries, including the US and UK, when it was released in January. The video for the single trumpeted his new, sexually charged direction as it oscillated between shots of Gigi and Zayn passionately kissing, sultry shots of a nude woman with a blooming flower between her legs and glowing red visuals. It's currently sitting at over 521 million views on YouTube. Overall, Zayn is not having a bad life. And on a crisp May night in Los Angeles, this wildly successful 23-year-old -- a multimillionaire many times over -- sat down to chat with PAPER inside the low-lit recording studio where he's already chipping away at his second solo album.

Ushered in by a small team of hip English women from his record label, Zayn is as low-key as can be. He's brought in a sensible dinner of grilled chicken and brown rice, noting that "I've not been feeling too well recently because I've been partying too much and not looking after myself and eating enough food. I'm just trying to take care of myself." But that's also spaced with a few cigarettes, so you win some, you lose some.

"It wasn't a conscious decision to make [Mind of Mine] sexual or refer to sex...but I enjoyed singing about it, clearly."

Zayn's had time to hone this responsible, balanced approach to mega-stardom. It's been a whirlwind since he was discovered at just 17 on the UK version of The X Factor, where, like his fellow One Direction members, he'd auditioned as a solo singer but was grouped together to become part of the powerhouse boy band. He came to the TV show a normal teenage boy from the industrial English town of Bradford, the child of a British-Pakistani father and British mother, raised in a Muslim household along with three sisters. After the band came together, his "normal teenage life" took a dramatic detour as 1D went on to shatter chart records over the course of five albums, go on endless international tours and cement their status as a pillar of popular culture before starting to fracture in the lead-up to Zayn's departure.

Based on the past few days he's had in LA, his solo career seems to be in a similar fast lane. It's been a week of interviews and photo shoots, plus a TV appearance on The Voice, where he delivered a searing version of his newest single,"LIKE I WOULD," complete with an accompanying laser light show. "It's been pretty mad," he says, adding that this frenetic pace has been standard for him lately.

For his second album, he's teaming up again with his LA-based Mind of Mine producer Malay, born James Ho, who is best known for his work with Alicia Keys and as the guiding hand on Frank Ocean's 2012 masterpiece channel ORANGE. The two clicked last year when writing Zayn's debut, but, according to the singer, have only just begun the process of figuring out what his follow-up will sound like. "We're just experimenting with different things," he says.

One thing that is certain is that Zayn will continue veering away from being seen as the teen with the "quiff," as he calls it -- that's British slang for the ducktail hairdo he had during his 1D days -- who used to sing and dance in unison with four other boys. He's been forthcoming in nearly every post-1D interview about the fact that this record -- and the beginning of his solo career -- serves as a public introduction to Zayn the grown man. So it's no accident Mind of Mine is saturated with sexual imagery and overt phrases like "Be in the bed all day/ Fucking you and fighting on" ("PILLOWTALK") and "I'll get her wetter than ever/ Four letters is never the question/ She likes when I'm messy/ And I like when she's undressing" ("wRoNg"). "It wasn't a conscious decision to make [the album] sexual or refer to sex," Zayn says. "But I just found out that a lot of situations that I was in were quite sexual situations -- all of the time." He adds, "I enjoyed singing about [sex], clearly."

Though his heartthrob looks garnered plenty of youthful lust during 1D, Zayn has graduated to full-fledged international sex symbol status since aging into adulthood. But he's careful not to castigate fans for enjoying the view. "If girls find me attractive, then that's a cool thing," he says. "If guys find me attractive, then that's a cool thing as well. It's sick. It's a compliment. I'm blessed by whoever was up there to be who I am and be able to do what I do. I genuinely mean that." His aesthetic has come heavily into play over the last year especially, as he started rejecting his somewhat squeaky-clean 1D style and visually telegraphing to the world the difference between Zayn Malik and ZAYN. As he's noted before, he wasn't allowed to dye his hair or grow a beard during his time in the band. "Facial hair was a weird thing," he says. "I think it's 'cause I just looked old. And they didn't like that. [And] I always wanted a beard! I think every dude does when they're young. Seeing Al Pacino in Carlito's Way -- I needed the goatee after that. I was like, 'I wanna be Al Pacino.' I've always been obsessed with that, and I had to shave it off. I used to get a bit sad."


In the year since leaving the band, he's let the beard come and go, dyed his hair multiple kaleidoscopic hues and added an impressive amount of ink to his body.

When asked just how many tattoos he currently has etched on his slight, 5'9" frame, he smiles, shrugs and says, "Don't know. They've kind of become one." They swirl around his knuckles and up his forearms, peeking out the edges of the soft tee he wears as if to constantly remind you that you're not looking at a young boy anymore. But all of this growing up doesn't mean that Zayn is pushing away his old fans. In fact, the sincere gratitude he has toward those who've followed him through the transition to solo artist is so real his eyes practically shimmer when he talks about the feeling: "Overwhelming," he says. "There've been a few moments where I've been really taken aback... I feel like everybody looks for some sort of approval from some form in their life, and my fans are my approval. It's a sense of achievement that you can't really explain." He also feels keenly aware of the fact that his fans are truly his own now, saying "to still be valuable by yourself is an important thing."

Though he's been living a rarefied, accelerated life -- fame, fortune and even a called-off engagement (that was with Little Mix singer Perrie Edwards) before the age of 25 -- there are constant reminders that Zayn is still a young man who's barely begun his twenties. Take, for instance, the giddy excitement he has when describing why he built and designed a Pirates of the Caribbean- themed pub at his London home: "I love the [movie's] aesthetic and how well it's done," he says. "I feel like it's really authentic to pirate times." Then, with a laugh, "Like I know anything about 'pirate times.' I guess I just love it. I'm a big kid."

Click through to see more ZAYN photos from our cover story 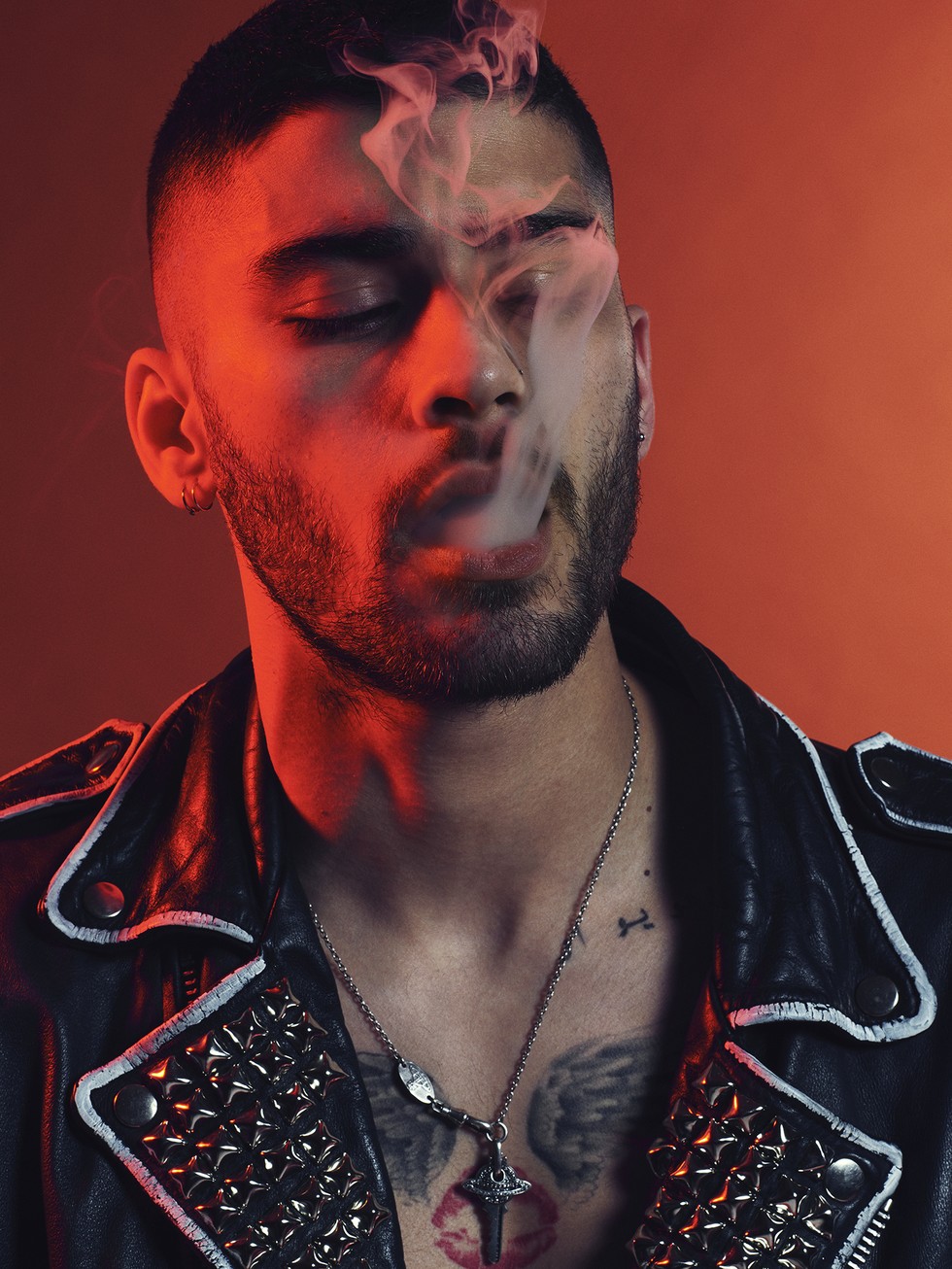 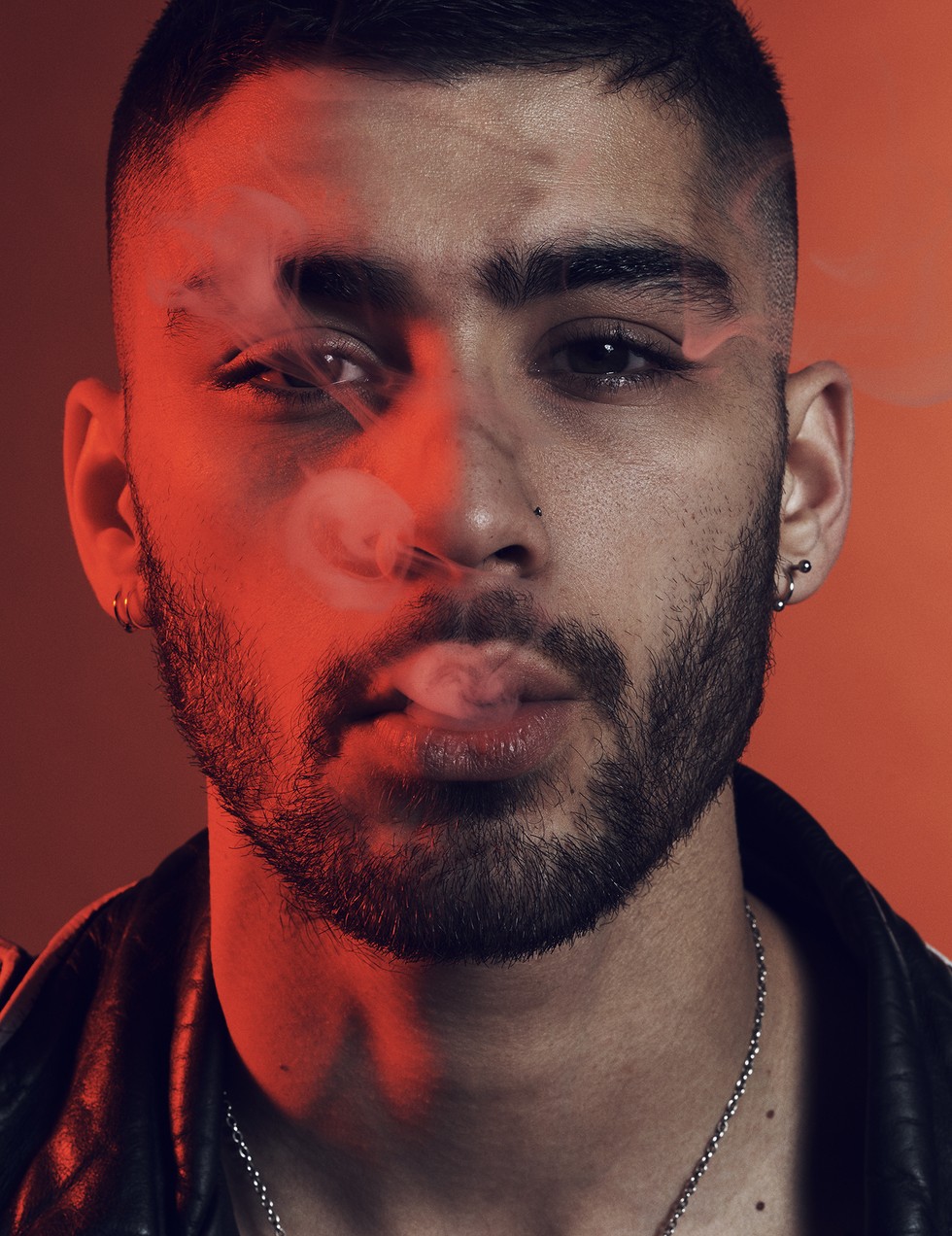 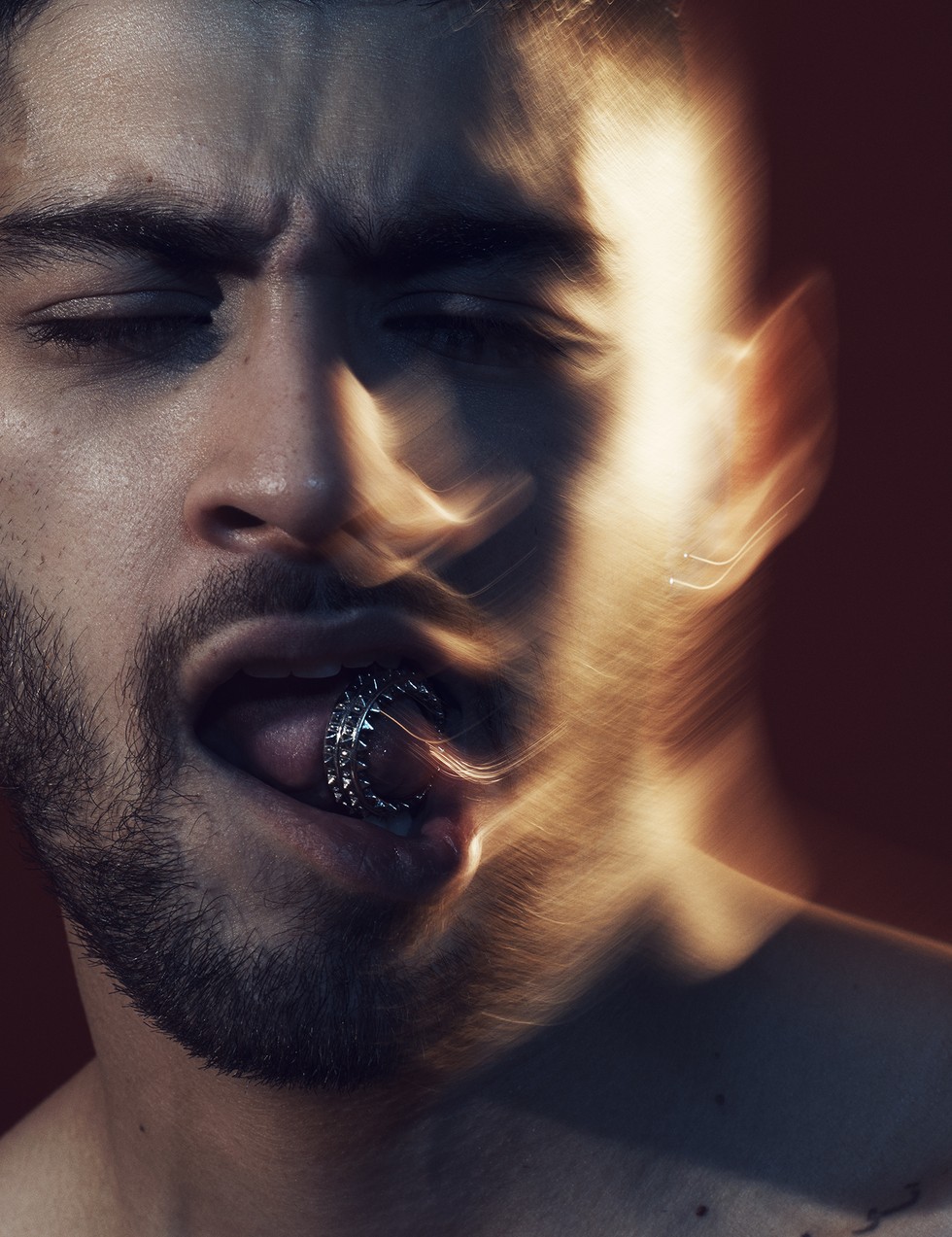 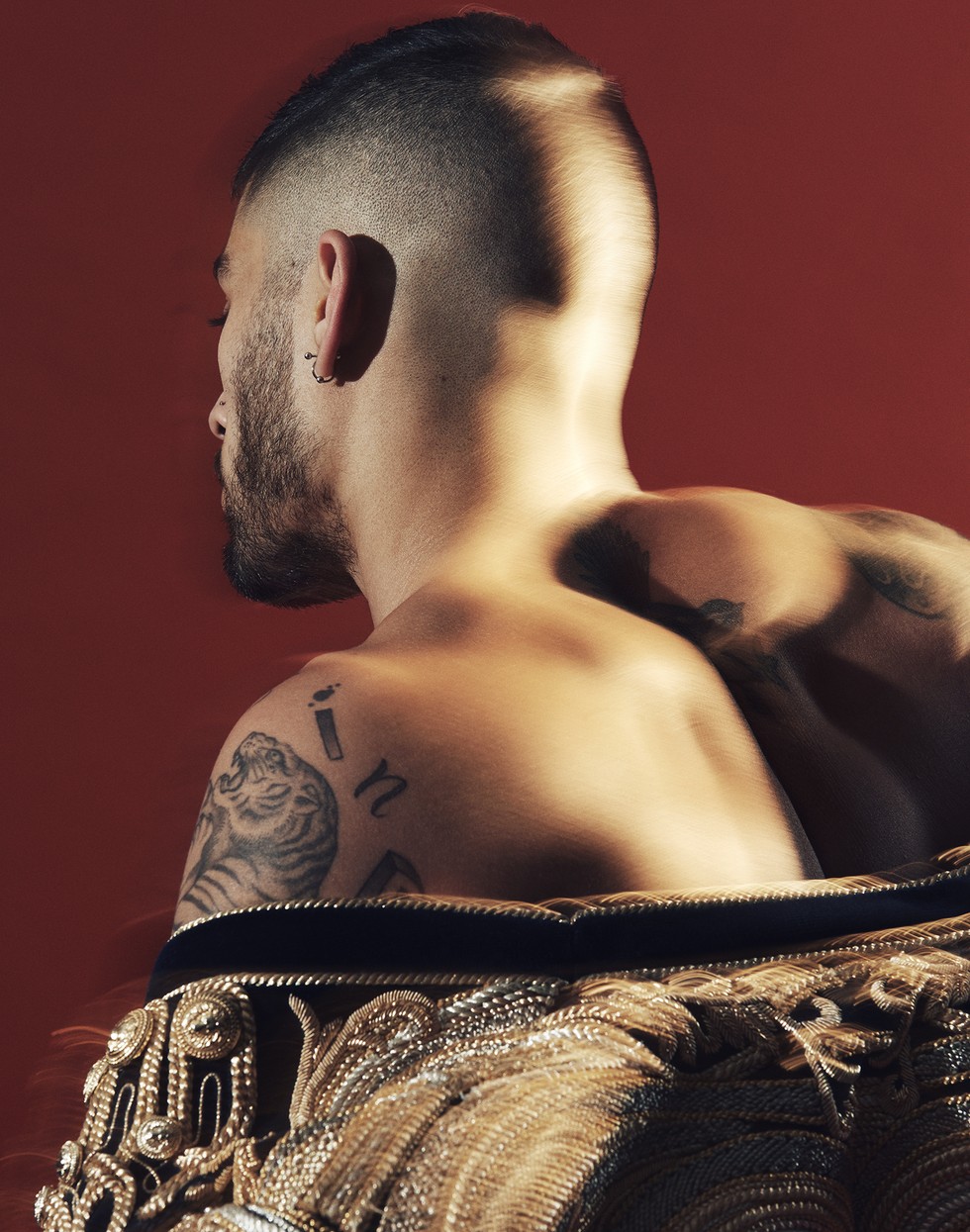 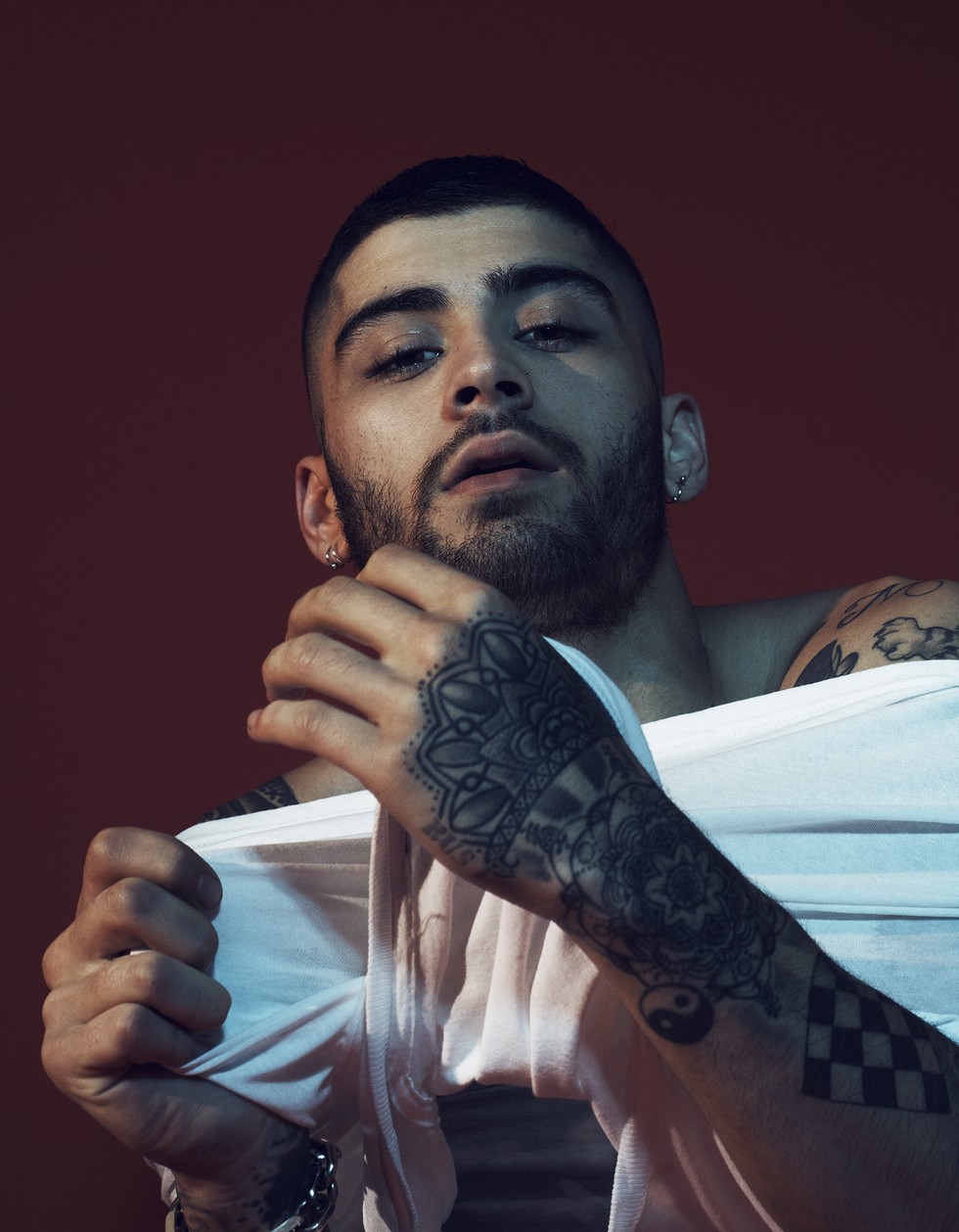 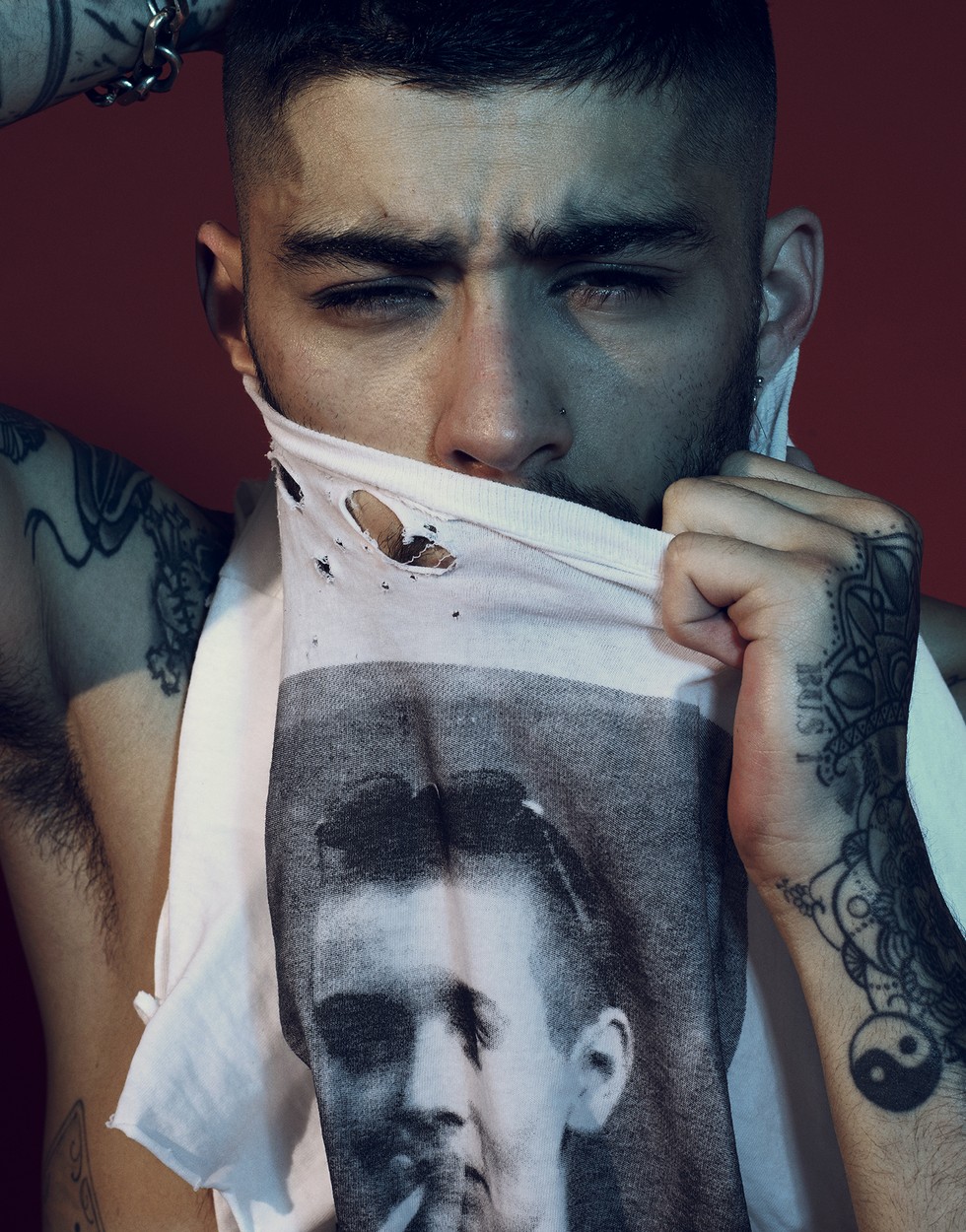 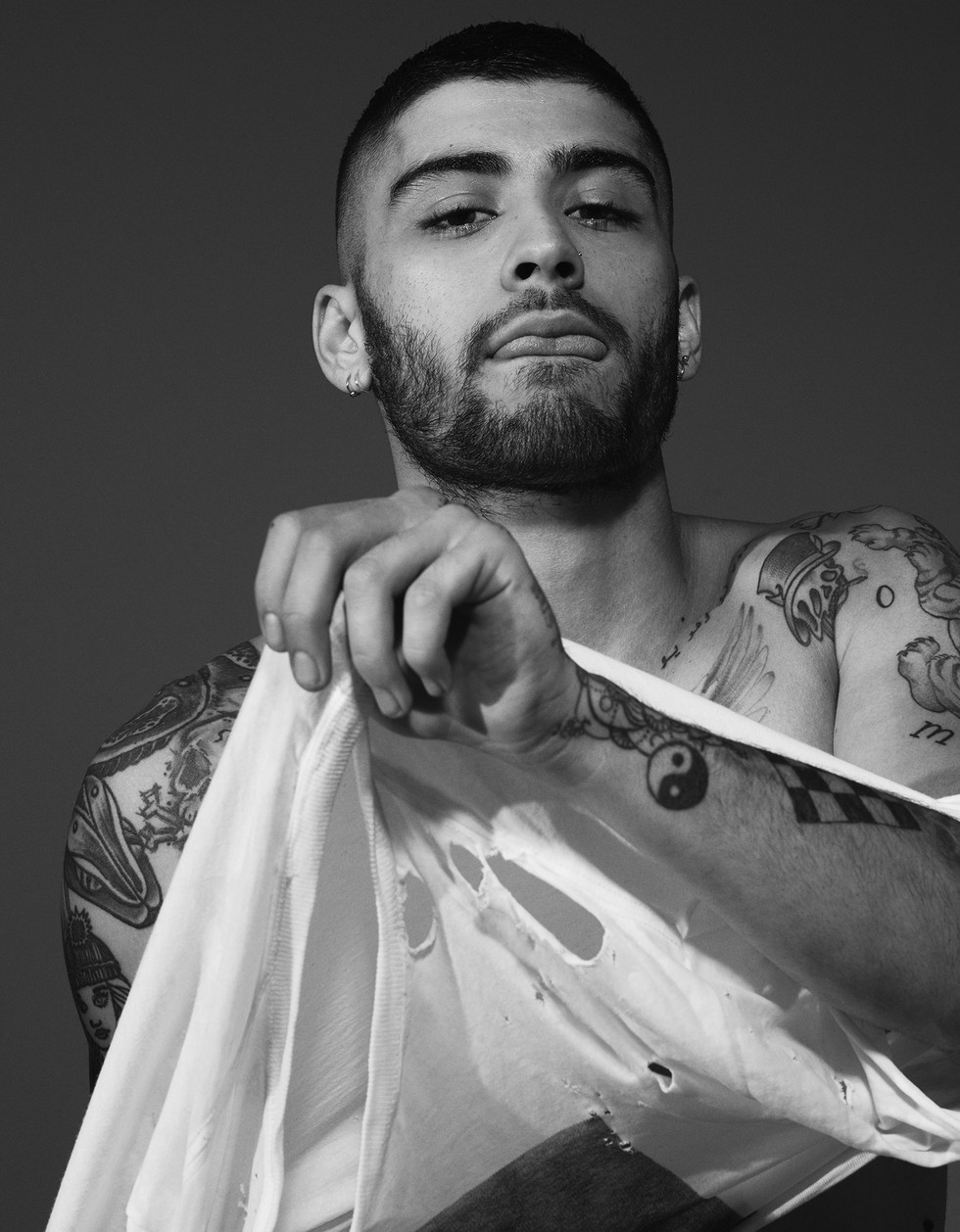 A warm smile also spreads across his face when he talks about that very famous girlfriend, especially when mentioning that they're currently taking horseback riding lessons together. "Because my girlfriend rides a little bit," he says. "Actually, that's an understatement," he adds. "She rides very well, and she has since she was a kid. She wants me to do it with her, and I'm not good. But I'm learning, and it's fun. My first lesson was on a really old horse that didn't move very much, so it wasn't that scary. She was on the other horse, the one that moved a lot more. She was jumping over hurdles and I just sat there like, 'Ok, this is freaky.'"

While Gigi is certainly easy on the eyes, Zayn has a measured and mature outlook on what he finds sexiest in a partner. "I've always said it and I still stand by it: I find intelligence attractive," he says. "When I learn something from somebody and they teach me something, that's an attractive thing for me. Obviously, I find physical appearance attractive as well, but it's definitely squared more towards a personality as I've gotten older, because you can't have a long-term relationship unless you get on with the person. It doesn't matter really about the exterior."

Considering the speed at which his career and life are moving, Zayn seems almost oddly grounded for his age, content with the balance of quieter moments. "I don't really enjoy going out too much and partying," he says, adding that he prefers serial monogamy over casual dating. "I like to have my own time and be at home, and I kind of need a partner with me to do that. I just like the security of that. It feels good to me. It feels right." In fact, that partner is currently staying at his Bel Air home. "We'll see each other tonight and probably watch a film," he says, adding with a smile, "Netflix and chill. Yeah, we do that a lot."