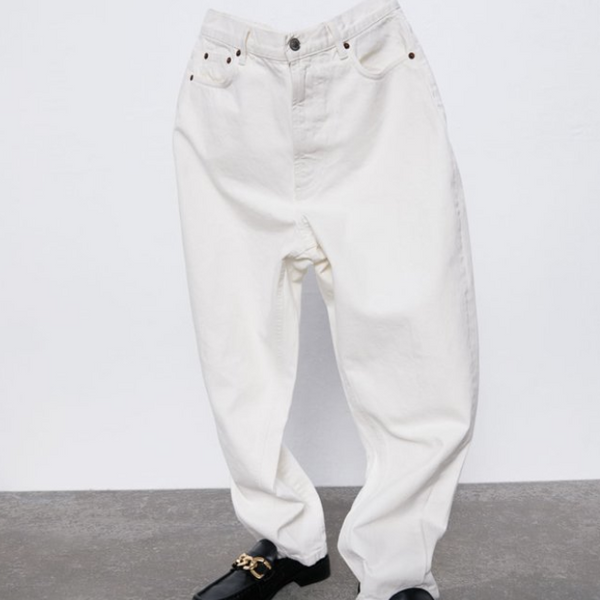 A photo set of what appears to be a listing on Zara's website for jeans is currently going viral. Why? Well, in between the posed stance and lack of a model, the internet thinks that they're being modeled by "ghosts."

As first noticed by The Daily Mail, the "invisible man" jeans started going viral after Twitter user @GrrlGhost tweeted out the pictures, alongside the caption, "LMAO, why have Zara decided to model jeans like this?"

Lmao why have Zara decided to model jeans like this pic.twitter.com/xWhOxmMvB4

And while the jeans are currently modeled by actual people on the retailer's website, that hasn't stopped the internet from making endless jokes and comparisons to various trousers that have appeared in everything from Jimmy Neutron to Dr. Seuss's The Pale Green Pants.

"Times are so hard at Zara they've had to employ Charlie Chaplin's ghost to model for them," as one person responded, while another referenced John Cena's stance by writing, "Say word John Cena is modelling for Zara."

Times are so hard at Zara they've had to employ Charlie Chaplin's ghost to model for them.

Zara actually got good items but their website is so shit imo and Wtf is this 🤣 https://t.co/vPs2DNEIvL

That said, Zara has yet to comment on the meme. In the meantime though, check out what others are saying about the pants, below.

My man over there thinks you're cute.

Good to see my dad landed a modelling contract