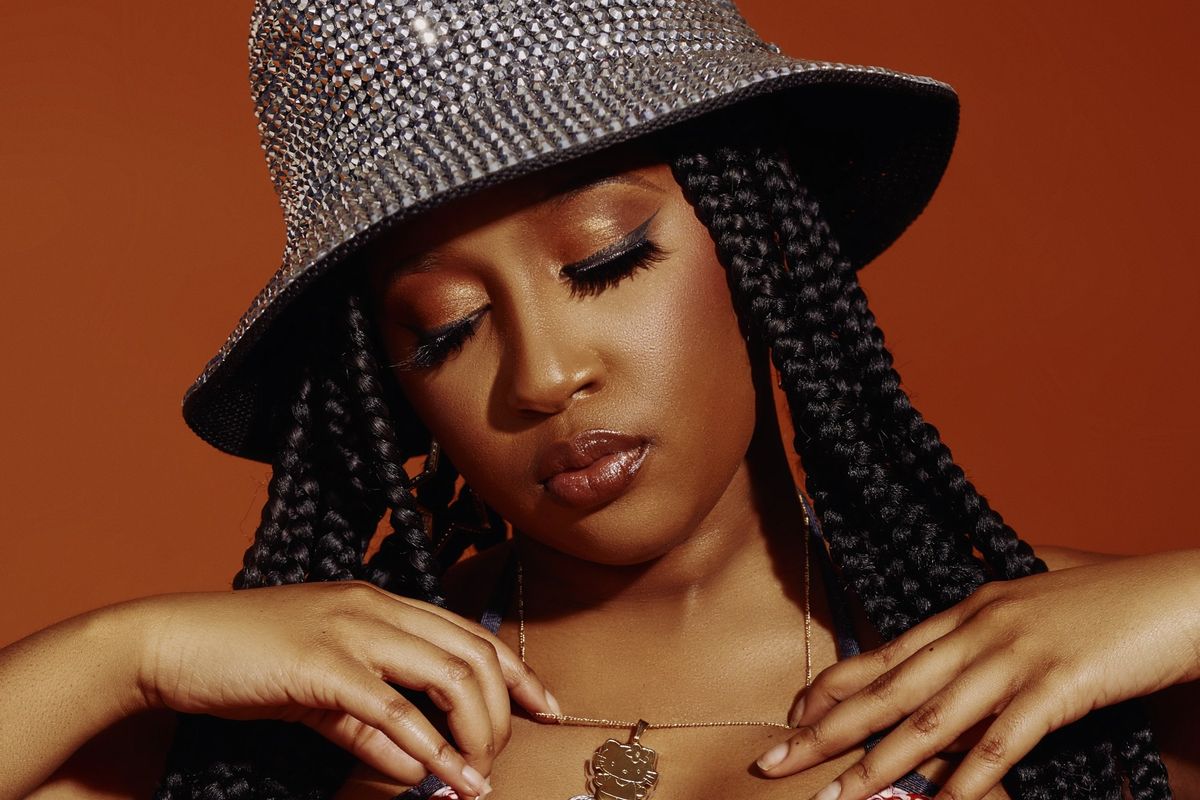 Issa Rae is the star, creator and producer of Insecure, a TV executive and an outspoken advocate for racial and gender equality. In recent years, she has added another feather to her cap: budding music mogul.

With last year's launch of her Raedio label imprint in partnership with Atlantic Records, Rae has come to epitomize the idea of creating the Black, inclusive platforms she wishes to see in the world while bringing her friends with. The soundtracks to each season of Rae's hit HBO series have already positioned Rae as a curator interested in giving blossoming artists a leg up, spawning increased interest in artists like Leikeli47 and Derrius Logan.

In an exclusive announcement of her signing, Rae tells PAPER that she first discovered Tate's music through her "Mean Girl" video, then by listening to her breakout album GIRLS. "I thought, 'Okay, this girl has something,'" Rae says. "Then when I finally got a chance to meet her, I knew I wanted to work with her."

When signing new artists, Rae looks for intelligence and a solid sense of self, as well as obvious talent. "They have to be hungry, hard workers," she says. "You could be an okay singer or rapper, but sometimes hard work and the humility to want to get better will take you far. I want to help Yung Baby Tate get the recognition she deserves. I want her to collaborate with artists that she admires. I want to set her up for wins outside of the music industry and I want her to have a good ass time while killing it."

Tate's signing further represents Rae's commitment to providing greater opportunity for up-and-coming artists across all forms of entertainment. According to a Billboard interview Rae gave last year, a few of the label's perks include ensuring artists own their master recordings as well as providing healthcare. As she says, "I want Raedio to represent a gold standard in the industry."

Hailing the announcement is Tate's new single, "Do Me Like That," which will be on Insecure's season 4 soundtrack and is also featured on this Sunday's episode. Fans get a first listen to the new single, premiering today, which provides a pristine sample of what's to come from Tate. The song coasts on a relaxed, nimble groove and abundantly catchy melodies alongside featured artist Buddy. Tate's crisp vocals are right up front in the mix, as she sings of betrayal and loss, warning of a love that was "too vicious" to last.

Tate says the song was created at an Insecure soundtrack writing camp. "We were given this sheet of paper with five different themes they were looking for," she says. "One needed songs about heartbreak and frustration, which at the time, I was going through. When I heard Groove [the song's producer] play the beat for 'Do Me Like That,' I immediately knew it would be perfect. The melody and words flowed perfectly. This song is about coming to terms with the end of a relationship and taking off the rose-colored glasses we often put on when we look at our partners, lovers and sometimes just friends that make us ignore them giving us less than we deserve. It's that reflection at the end of it all that's like, 'You know what? You did me wrong, but I'm gonna get over it by letting it out, letting you know what you did, and letting it go!'"

Below, Tate tells PAPER about her new working relationship with Rae, a figure she's long admired, and how signing to Raedio will positively impact her future, as someone fiercely maintaining her artistic independence.

How would you describe your connection to Issa Rae's work?

I have been watching Issa on Insecure since it first came out and I was introduced to her recently, not in person, but to who she was in high school. I went to a performing arts high school and a lot of the students at my school in the creative writing program would talk about Awkward Black Girl and I never got into it. I think I wasn't super YouTube savvy back then, but as soon as I saw Insecure, I thought, Wow, I love what this woman is doing. It's so inspiring, and she's so powerful and strong. I know those are words often overused to describe Black women, but in my short meeting with her, she's like a pillar. She's so firm in what she believes in and it spreads to everyone else. To be working with her now is extremely exciting to me, and it inspires me to push my brand and be able to inspire young girls — young Black girls especially — in the same type of way Issa has been able to in having her own show and label. It's beautiful to be a part of, especially as a young Black woman trying to get to this shmoney out here.

You've been an independent artist from the beginning. What is it like to have this kind of support, not only from a label, but one owned by a fellow Black woman in the industry?

I have been independent, and I actually still am independent. I have signed a partnership with Issa, which is also extremely exciting because as independent artist who is still up-and-coming, I really don't think up-and-coming, but what else are you going to do? To me, it will always be up-and-coming. Anyways, I am independent in a partnership with Issa. My independence hasn't changed yet. It is exciting to have someone come in on the same level as me and being able to work together to create a bigger vision than what I have alone and could make on my own. What is so exciting about working with Issa and Raedio is the possibilities that I have visually. Hopefully we can get out of quarantine soon so we can start shooting some crazy sick movie music videos. It's really comforting to me that we were able to pull this partnership off because it's not a traditional deal at all that we have with each other. I'm excited that we were able to do something new and innovative to help more girls out there win.

What are your biggest hopes going forward as a member of Raedio?

My biggest hope as a member of Raedio is to put on for Black girls like me that don't necessarily fit the status quo or what people might see as the typical artist or girl and to shine that light and tell those stories. What I and Raedio have in common is that we appreciate Black stories and being able to tell those. While I'm not speaking for everyone, I want to be able to tell my story. I'm also looking forward to getting back to normal, honestly. This pandemic came at a terrible time, not just for me, but I'm pretty sure for everybody. But what are we going to do? Ask the Earth, "Hey, can we take a raincheck on this Corona thing?" No, so we just got to roll with the punches. We had definitely all planned to start to work really, really hard at this time. It's definitely put a break on us, but we're not stopping and getting out of the car.

How did Issa discover your work?

Issa discovered my work via the Insecure writing camp that happened in December. My manager asked if I wanted to do this writing camp for two days in LA, so I said, "Yeah, let's do it." When I was out there, I ended up making six songs in those two days. The whole Raedio team really loved them. Issa really loved them. Before we even left LA, there was some interest in joining the Raedio team based off the work I did in two days. We left and went back to Atlanta and they called us back to LA saying they wanted to meet with me. I was excited, especially watching Insecure and being a fan of Issa's work.

What can you tease about your upcoming music?

Recently, it has also been created at the Insecure writing camp, so new music is coming. I'm working on it and completely new sounds — stuff that's going to be groundbreaking. It's going to be a cultural shift, basically so everybody better get ready. Get your coins collected, get your wigs secured because everything will be snatched. Period.