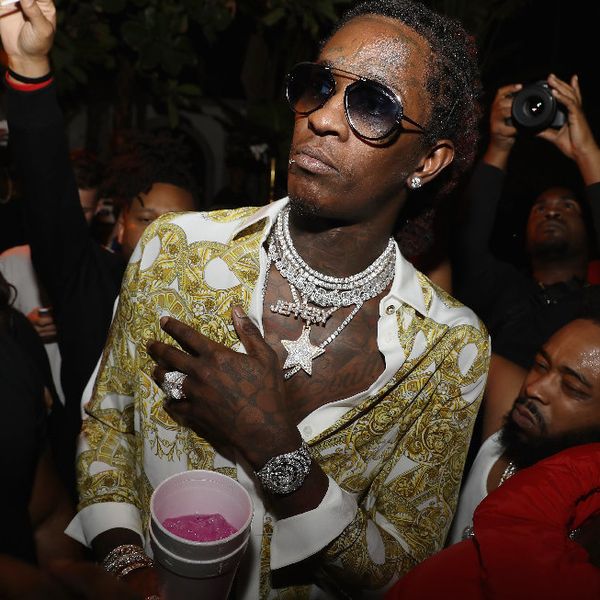 Rapper Young Thug announced his upcoming studio album, Slime Language, in one of the more inventive album announcements we've seen in a while.

While Travis Scott may be content to cryptically put up a giant inflatable head in Hollywood to tease his new record, Thugger is a little more direct. Many media outlets received a glossy spread album art and features list accompanied by a live snake Thug had sent in a glass tank with faux leaves and rocks. Each snake was given already given a name that speculated to double as track titles, they include: Sex, Eww, Liger, Drip God, Digits, among others.

Mass Appeal on Instagram: “welp... what do we feed it?? 😂 thanks for the 🐍 @thuggerthugger1 // #SLIMELANGUAGE coming 🔜”

COMPLEX on Instagram: “Thug just sent a little gift to the office. His name is “Eww.” #SlimeLanguage coming soon. Thank you @thuggerthugger1.”

The upcoming album is set to feature Lil Uzi Vert, Jacquees, Nechie, Gunna, Dolly, Lil Keed, and more with no set release date. In the meantime, a whole lot of music journalist just became reluctant snake parents which should make for some very interesting reviews when the time comes.