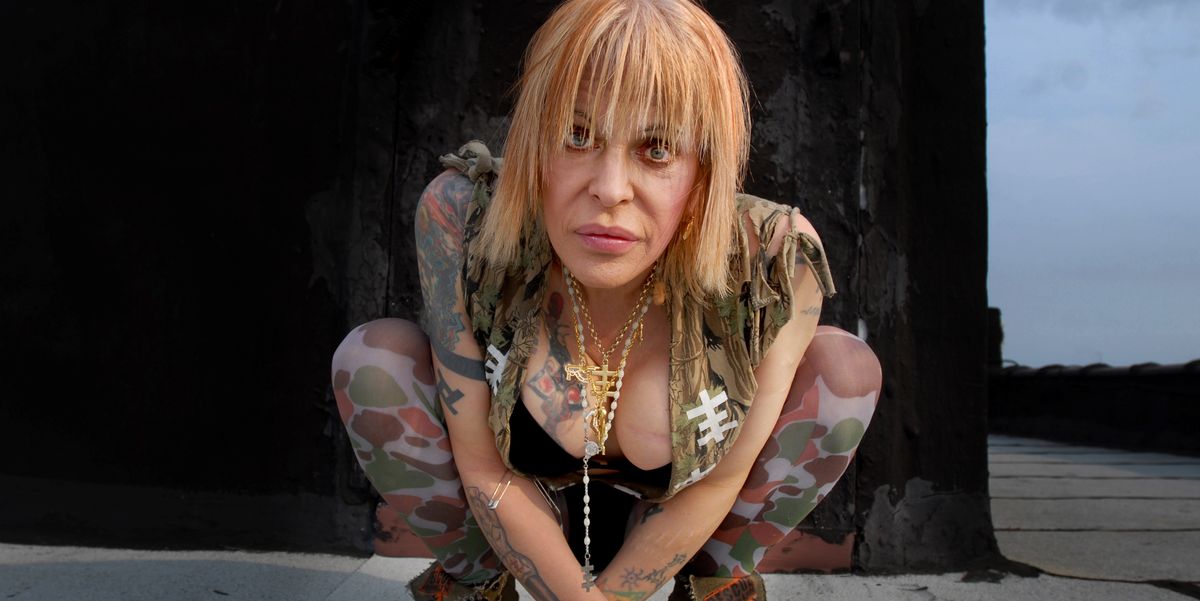 Genesis Breyer P-Orridge doesn't want to be a guru. Any kind of hierarchy is essentially a means of exerting control over others, and stifling personal freedom—things P-Orridge categorically rejects. Despite that, however, P-Orridge, albeit inadvertently, is a radical teacher whose words can spark a bright light of understanding, and deliver incredibly impactful jolts of self-empowerment.

P-Orridge is also, of course, widely heralded as a pioneering artist: Founder of the sex-and-the-grotesque inspired performance collective COUM Transmissions in 1969; then came Throbbing Gristle, the legendary industrial music path-clearers; and later, in 1981, the genre-evading experimental outfit Psychic TV, through which emerged Thee Temple ov Psychick Youth—an anti-cult fellowship of sorts, referred to as TOPY, replete with its own original sacred texts. (And of which P-Orridge is outspokenly not the leader, because there isn't one, period. A film is also in the works via indie labels Sacred Bones and Dais.)

In October, however, a medically-mandated hiatus from all appearances was announced: The 67-year-old has been performing for the last 50 years, most recently with Psychic TV, as well as lecturing at universities and LGBTQ events worldwide—but as a result of a chronic myelomonocytic leukemia diagnosis, P-Orridge would need to undergo "serious treatment" to combat the life-threatening cancer.

A Gofundme campaign has been organized by media and technology writer Douglas Rushkoff to help offset the financial burden—and physical stress—that such a diagnosis and subsequent treatment inevitably carries.

"We want Gen to be warm and fed through the winter, and focused on hopefully healing, not finances. The drugs are experimental, but promising. With continued therapy *and* low stress, Gen does not have to die from this, but could be back performing again sometime next year," Rushkoff stresses in the campaign description.

Prolific is a most appropriate descriptor of P-Orridge's consistent momentum of output; beyond Thee Psychick Bible, P-Orridge has written numerous texts, and is a visual cut-and-paste artist, as well.

Readers familiar with P-Orridge will also recall that, in the '90s, s/he (P-Orridge's preferred gender pronoun) began body modifications along with P-Orridge's late wife Lady Jaye. Together the pair endeavored to achieve a separate gender—the pandrogyne, named by Jaye and P-Orridge—that became Breyer P-Orridge, an amalgam that became a single, new individual. In 2011, Marie Losier documented the process during and in post, as Lady Jaye "dropped her body," as P-Orridge says, in 2007's The Ballad of Genesis and Lady Jaye. Later, a journey to Ouidah, in the Republic of Benin in West Africa, where P-Orridge explores the origins of Vodoun (Voodoo) and the sacred role of twins within that particular commune, was documented in Bight of the Twin, released last year.

As P-Orridge focuses on getting better, we reflect on just a few bits of the vast wisdom s/he has amassed—timelessly illuminating reflections on art, life, gender, and more, were gifted to the public through interviews, lyrics, film, and the messages of Thee Temple of Psychick Youth.

2. On the purpose of art: "For me, art is the ultimate questions, the ultimate thoughts, how to deprogram yourself. I believe that everyone is programmed from birth, and that that is unhealthy. And that the artist is the inheritor of a tradition of wise people—shaman, and priests, the ritual side of the social animal, there to expiate psychic and philosophical problems. That's what art is meant to be about, is rescuing people from the fear of death and the fear of life, and that's a very thin line.

It's also a line which our society doesn't even accept is there anymore; the reinforcement of the idea of there being a status quo and socially acceptable behavior is the norm, and I believe the artist is there to destroy and cut up and reposition and collide any possibility that they see in order to try and save people from being dead while they're alive. Now that, inevitably, is going to cause conflict with authority."

3. On information: "Information is like a bank. Some of us are rich, some of us are poor with information. All of us can be rich. Our job, your job, is to rob the bank, to kill the guard, to go out there, to destroy everybody who keeps and hides the whole information."

— "Decoder 5: Information Bank," from the album Sugarmorphoses by Genesis P-Orridge and Psychic TV, 1994

4. On language as a means of control: "We worked a lot with Burroughs, who focused my attention on language and how important it is in terms of how this planet and culture are controlled. Language is integral to the suppression of the imagination. It doesn't have to be, but that's how it was utilized by those who have privilege and power. Burroughs was fascinated with hieroglyphs because they aren't linear and there's no alphabet. Because of this, he believed they worked directly on the nervous system and could bypass imposed filters of culture. As we said before, you're programmed by people's expectations even before you come out of the womb.

For me, language is critical in the war against control. It's critical in the short circuiting of control. When Burroughs and I first met in 1971, he said, 'Genesis, your task is: how do you short circuit control?' And we thought, well that was a bit pretentious, William. But we have to confess that we've been thinking about it ever since. He programmed me with an anti-program. He put a little virus in. Short-circuiting control means you have to think, where is control, what is control, how does it operate, and what are its leverages? Language is essential within that."

— Interview with Mitch Mignano for RealitySandwich.com, 2016

5. On religion: "The only answer, if you look at every religion, and we've studied as many as we can, we've traveled the world, it all comes down to love. That's the only thing. It's so corny, but it's true."

6. On love: "Unconditional love is really, in the end, what we discovered is what makes it worth being here."

7. On self-discipline: "Explore daily your deepest desires, fantasies and motives, gradually focusing on what you would like to happen in a perfect world, a perfect situation, taking away all restrictions and practical considerations, what you would really want... Once you are focused on yourself internally, thee external aspects of your life will fall into place. They have to."

— Thee Psychick Bible, published 1994, and appears on Psychic TV's "A Message from The Temple," from the album Force the Hand of Chance, 1982

— Interview with Mitch Mignano for RealitySandwich.com, 2016