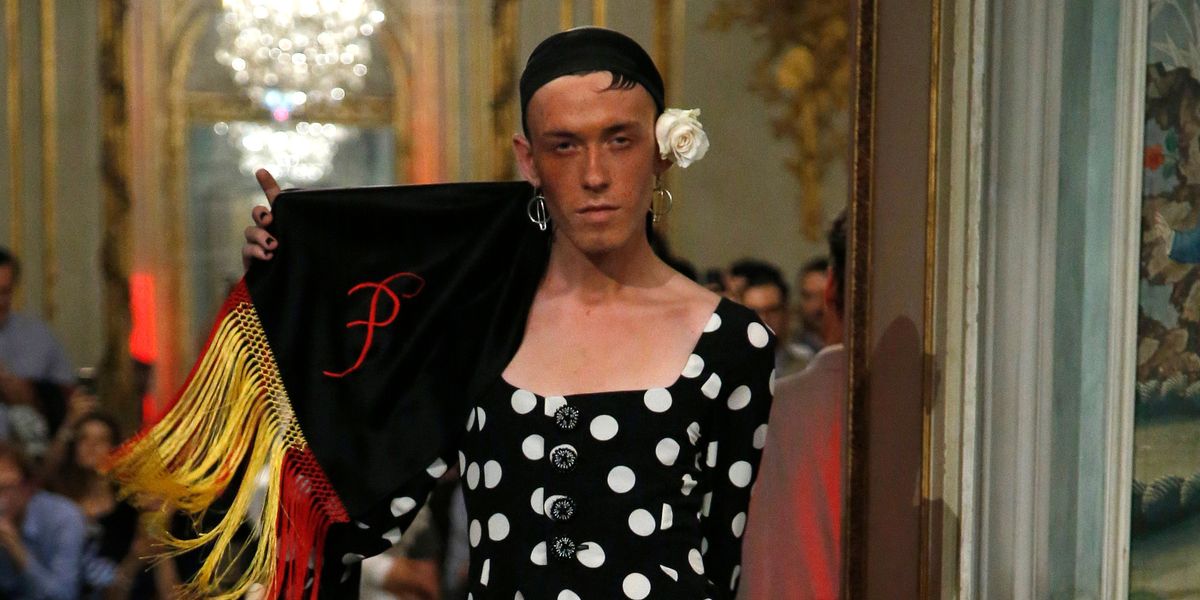 Why More Big Brands Should Back Young Designers

Young designers work their asses off. I have known many. I have watched as Creatures of the Wind struggled every day to make beautiful collections. I have talked to the Baja East boys about how they pay the rent and buy expensive fabrics. I have seen Rio Uribe from Gypsy Sport bust his ass to build a brand that Vogue would champion. And I see Jeremy Scott, 20 years since he first started, finally having a big platform for his namesake line and Moschino. These people have never given up. Why? Because they couldn't. They knew fashion was where they needed to be, and, eventually, they got the support. Creatures has worked with J. Crew, Gypsy Sport connected with Samsung, Baja East got the Minions behind them, and Scott has collaborated with just about everyone under the sun. The hustle is real.

Big brands often want to support the already famous. Celebrities and celebrity designers are sure fire press hits. Palomo Spain is not your typical designer. They are making flamboyant clothes for men, almost as if a man invaded his chic girlfriend's closet. It isn't gay, it isn't cross dressing, it isn't even gender fluid -- it's just cool. To steal words from Off-White designer Virgil Abloh it is "maturely disruptive." Tonight, they'll show their barrier-breaking, chicly transgressive vision in Madrid, sponsored by none other than Mercedes Benz.

Despite the fact that Palomo Spain has shown at New York Fashion Week, created a jaw-dropping viral ad campaign, and yes, dressed Beyoncé in the most liked Instagram post in history, Mercedes is still taking a risk. Is their core customer going to understand beautiful male models walking the runway in dresses and tweed suits? It doesn't matter. They are supporting a transformative vision, because that is what they believe in. It's modern, and it needs to happen more and more. I want the powerhouses, whether it is the top luxury automotive brand or the most famous celebrity on earth to help our young designers. It is these original thinkers who are going to carve the new tributaries that lead to the rivers of popular culture.

Young fashion brands need the support. I speak out of experience, as I have helped and watched as my boyfriend, Christian Cowan, has built his line and executed ever more impressive (and expensive) shows. Young designers still believe in the fantasy of fashion. They don't have deep pockets, but they have big dreams -- and it takes support to make those dreams reality. Big design houses are locking models into exclusives that put young designers at a disadvantage. Brands are supporting designers who already have fat bank accounts. Celebrities are seen in front rows of people who pay them to be in campaigns or where they are being paid to perform at after parties. I'm over it. Let's shake it up a little and make things a bit more interesting.

So, thank you Mercedes for championing creativity and not just ad impressions, it leaves a lasting impression. Sign me up for a test drive.

In full transparency, IFEMA/Fair of Madred paid for my travel to Madrid for the Palomo Spain show.