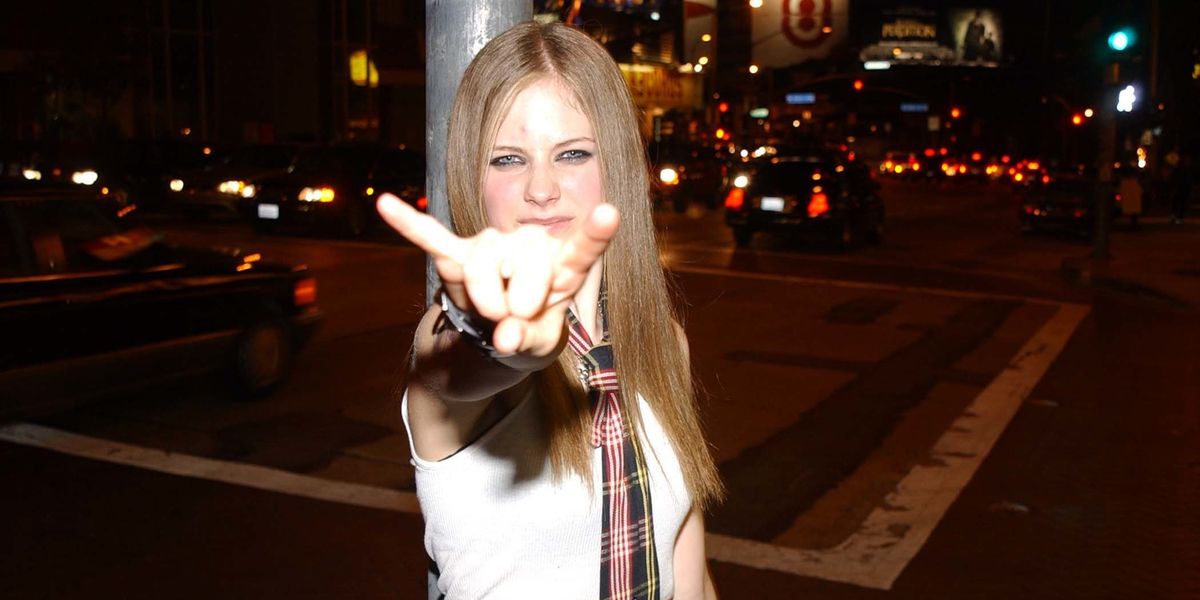 This Avril Lavigne 'Sk8er Boi' Cover Will Make You Scream

Avril Lavigne was a disruptive figure in 2002 pop music, breaking up the bubblegum Britneys of Top 40 radio with her unruly debut album Let Go. The project's lead single, "Complicated," introduced Lavigne as someone who told the truth through her music, ushering in a fanbase of angsty tweens that copied her signature punk style — the men's tie, the charcoal eyeliner, the lace-up converse. "Sk8er Boi," the second Let Go single, has since become Lavigne's career-defining track, with its AIM spelling and hilarious lyrics about a ballerina and punk guitarist. "Could I make it any more obvious?"

Now more than 15 years later, queer performance artist Weston Allen has given the iconic pop-punk hit an updated twist. "Avril was such an icon and an inspiration especially on Let Go for so many people so I've always wanted to do a cover," Allen says of his version, out now. "A few years ago I produced a slower version of 'Genie In A Bottle' by Christina Aguilera for my partner Dorian Electra, and I loved how this familiar bop could be turned into a darker and more sinister vibe."

Allen's version leans into Lavigne's original lyrics, which he says played out an "angsty teenage narrative" as if it were in the tradition of some "Shakespearian play or old ass opera, with no true heroes and Avril as this Homer-like narrator singing an epic poem from an omniscient perspective." With its dark piano melody and gargling synths, Allen's cover gives the original a heavier treatment and raises the stakes to make Lavigne a real anti-hero.

"[Avril's] presence in the story feels God-like, in a Greek mythology type of way, so I wanted to use death metal vocals to show the power and the schadenfreude I felt like her lyrics reflect," Allen says. "To sing them I practiced a lot and went to see the Finish death metal band Demilich whose singer has vocals in the 'vocal fry register.' They're incredible. The saxophone solo is just for pure shock factor and a little bittersweetness before the shit hits the fan. The lyric video was meant to showcases the three 'acts' as triptychs in that old fable type of way."

Beyond this cover, Allen is a promising solo artist in his own right, having released his debut EP The Gloves Come Off in 2017. The five-track project explores smooth jazz and infuses the genre's tropes with overt queer eroticism. He admits to being inspired by sax icon Kenny G, and laced in plenty of saxophone solos throughout the EP. In his self-directed music video "Flamingo," the project's closing track, Allen continues to explore '90s jazz imagery with Chico's store logos, generous motion blur and soft, seductive vocals.

Watch Weston Allen's "Flamingo" and stream The Gloves Come Off, below.