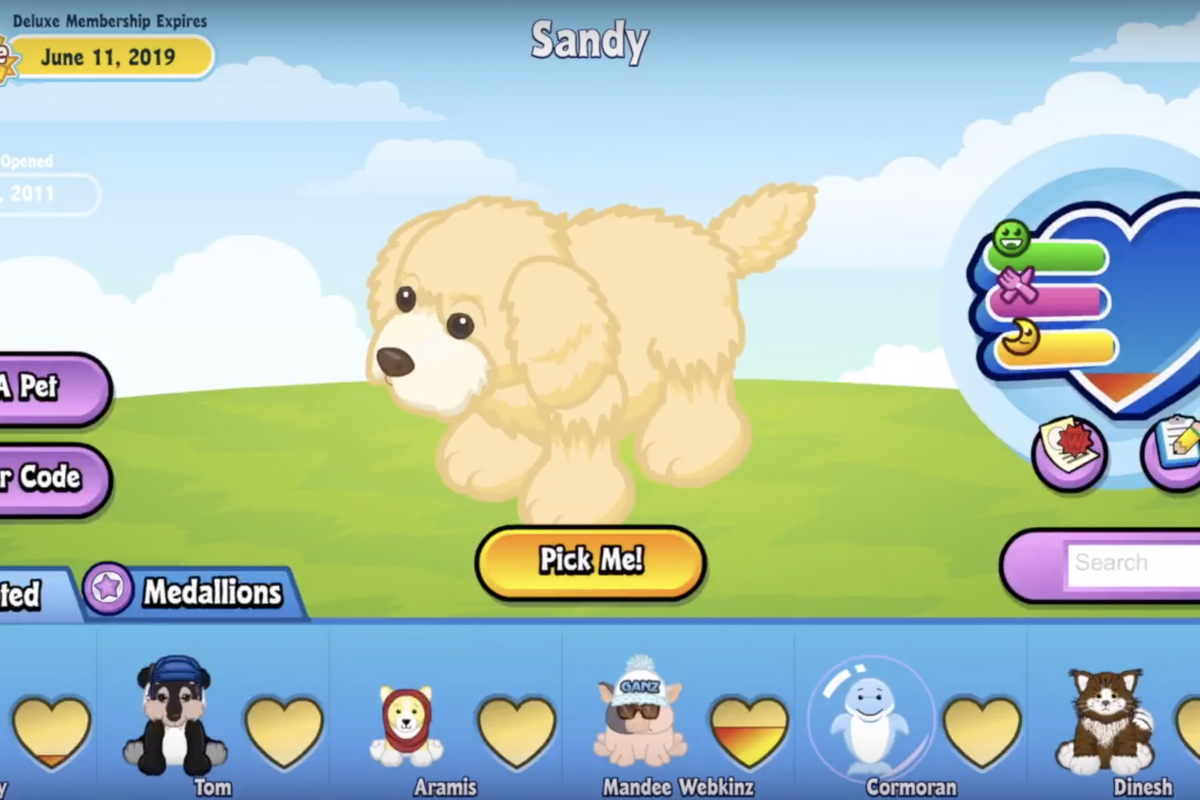 People Are Logging Back Onto Webkinz Thanks to TikTok

Gone are the days when Webkinz plushes were the ultimate social currency — when simply having a Cheeky Monkey gave you the ultimate upper hand over your playground friends. The toys were young Millennial's version of Beanie Babies, made different by one key factor: the stuffed animals lived forever on the internet. The online-offline enabled toy, which for quite some time was at the top of every kid's holiday wishlist in the late 2000s, was almost all but a memory — until everyone's irony machine, TikTok, came around.

Related | TikTok Users Are Dancing to Their Toxic Exes' Voicemails

Even if they've long since lost their plushes, TikTokers are now logging back into their Webkinz accounts online to participate in the latest TikTok trend, which involves scrolling through old accounts and showing off coveted collections of ill-named animals.

From "Chad" the cardinal to "Nick Jonas" the clownfish, TikTokers aren't holding back on embarrassing their younger selves by showing off the entirety of their "Adopted" library of both regular toys and Lil'Kinz. Users are logging back onto Webkinz.com to reminisce and get a good chuckle out of the misspellings and strange decisions made in the naming of their animals.

Naturally, Webkinz's brand awareness has increased. The stuffed animals are still in circulation, despite an announcement this year that no new plush pets would be released. The online community, where owners can play games and win prizes alongside their toys, is still very much active, which might've been what prompted the resurgence in popularity in the first place.

Take a ride down memory lane under the #Webkinz, and don't be surprised if TikTok gives the toy a platform for a comeback. It wouldn't be the first trend to do so.