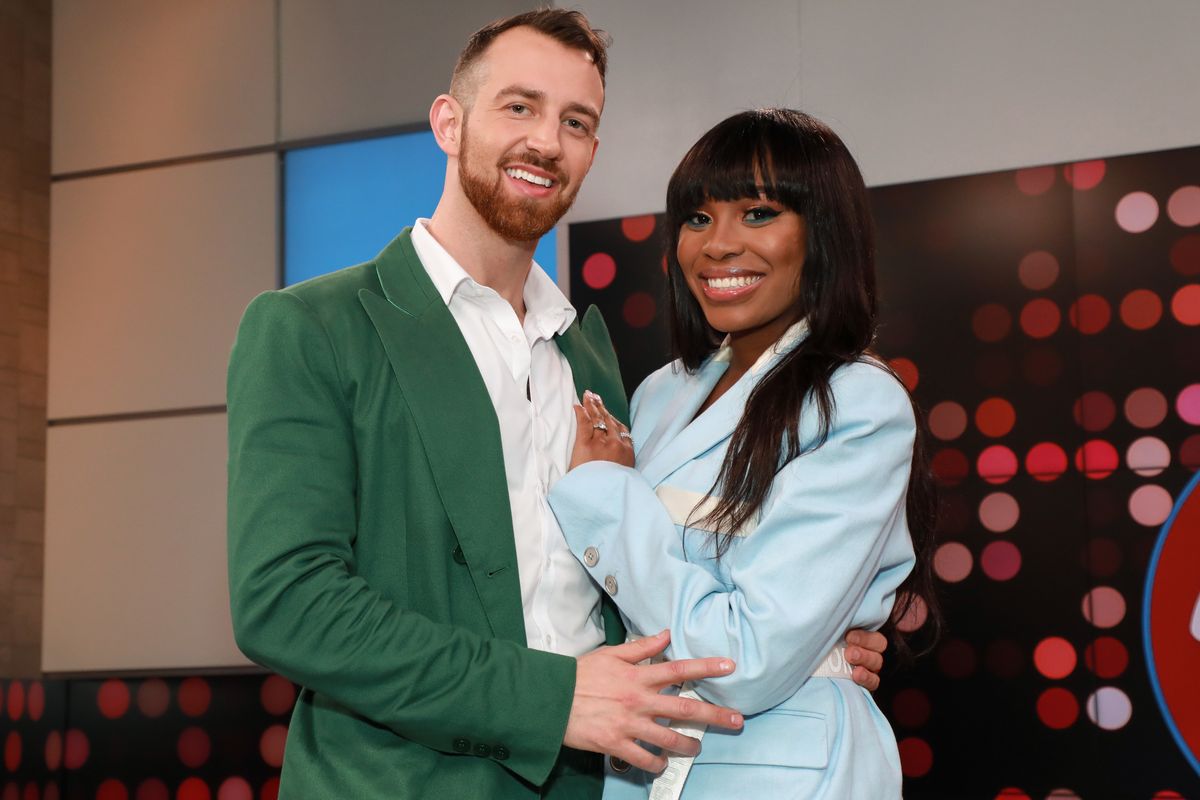 Here's Why Lauren and Cameron Look So Good Together

It's been just over a month — so 84 years in 2020 time — since audiences were first introduced to Cameron Hamilton and Lauren Speed on the Netflix series Love Is Blind. Instantly viral, the reality dating experiment has become zeitgeist-y fodder for the likes of Saturday Night Live and the New York Times. One element unique to the show's alchemy is the likeability of its cast, and Hamilton and Speed are easily the breakout stars. "This show is ridiculous," NYT's Aisha Harris wrote. "So why do I love Lauren and Cameron so much?"

That's been a common refrain from the media and fans alike. "Lauren and Cameron Are the Real Deal" reads one Glamour headline. A recent New York Times profile of the pair described them as "everyone's favorite couple," blindsiding the seemingly obvious choice of Sarah Paulson and Holland Taylor. And then there's my personal favorite, a viral tweet that reads simply: "[Meghan Markle and Prince Harry] walked so Cameron and Lauren could run."

Speed, as affable and poised in person as she seems on the show, describes the outpouring as divine timing. "So many people from all around the world have reached out to us to tell us how much we inspire them, and it really motivates us to continue to love in the world," she tells PAPER. "Especially when the world is in such a dark place now, for us to be a light in all of that is truly a blessing."

"And people need a sense of hope," Hamilton adds. "That things will get better, and that they can find someone that loves them for who they are and not just what they look like. Not that we have a perfect relationship, but we're very happy and very in love."

Their love is what captured us, but it's their style that's kept the conversation going. "Lauren and Cameron from 'Love Is Blind' Are Low-Key the Most Stylish Couple," read a StyleCaster headline. "This is how you do a press tour," read yet another viral tweet about the couple showcasing four of their looks from a recent New York press blitz. Not for nothing, there's a distinct casually engineered quality that's both striking and inspiring in how polished the two appear as a unit.

"It's reflective of our relationship," Hamilton says, noting fictional spies like James Bond and Burn Notice's Michael Westen as his personal style inspirations. "Even though we're so different, we're like yin and yang, and we wanted to reflect that in our clothing as well," Speed says, noting Jennifer Lopez, Ciara and Aaliyah as hers.

Candace Hokett, a wardrobe stylist, tailor and emerging designer who most recently worked as a marketing consultant doing research and consumer behavior testing for Refinery29, is the woman in charge of architecting many of these moments. Hockett first met Speed during college while putting herself through school at American Apparel, where Speed was her boss. They formed a friendship that has kept them in touch through the years. When Love Is Blind concluded, and a press tour that would include stops on Ellen, The Today Show, Entertainment Tonight, BuzzFeed's AM to DM and Betches was imminent, Speed called on Hokett to help. "I wanted her to feel safe with someone she could trust and that she can present herself to the world as the Black girl magic that any young Black woman that she and I can relate to would want to be represented as," Hokett says.

"I said 'Candace girl I need help,'" Speed recalls. "'I need you to make me look great, amazing, I need to really step into myself during this time as I step into this platform in front of the world. I want to look good so that I feel good.' And I knew that she would be the perfect person to do that."

According to Hokett, making sure the outfits complemented each other was integral to the image they were collectively finessing in real time. When she looks to style couples, Hokett decides between either complementary, monochromatic or analogous color palettes. The pair's analogous KROST suits — hers in baby blue and his in hunter green — with Speed in accompanying ankle strap pointed toe Sam Edelman stilettos and Hamilton in Lacoste men's Court Slam 319 sneakers are probably their most buzzy looks to date.

For Hokett, it was about more than the suits. "[The look] really symbolizes for me how they stand together side by side up against anything, and they are presenting themselves to the world in these power suits showing their new level of responsibility to protect who they are," she says. "Protect what they represent in America as an interracial couple, a strong power couple that society could jade and say it's such a gimmick. But it's so not true. They're just totally in love, and it's beautiful to see."

The internet didn't fail to notice Hamilton's swagger. "Not every white man can wear color suits like that, and he's one that can," Bitch Sesh guest Deanna Chang remarked on a special episode dedicated to Love Is Blind. "It's funny cause I heard that type of feedback before," Hamilton says. "For me, it's all about confidence when you're wearing it. If you're wearing it and you think 'I can't pull this off,' then you probably can't, but if you like how you look and feel confident, you can rock it no matter what it is."

"I think Lauren & Cameron's authenticity is infectious and has the world captivated," says AmbiKa "B" Sanjana, a freelance stylist who worked with the pair recently at the season two premiere of the BET series Boomerang. Speed wore a black leather Marta Miljanic jacket & skirt, with Hamilton in a snug silver Dulce Bestia suit. "I think they have a very different style palette, but look really cool when they coordinate."

It's something the two hope to continue during their dual journeys as a married couple and lifestyle celebrities. There are more red carpets and street style paparazzi shots to come, and that's something they're both excited about. "We have to bring our A-game now because we came out swingin' the first time so we gotta keep it up," Speed says. "It's almost an exciting challenge to see where we can go with it and see if we can keep putting these amazing looks together," Hamilton says. "The overall takeaway is that we love working together and when we do there's a synergy that we have that I think is greater than our individual parts."