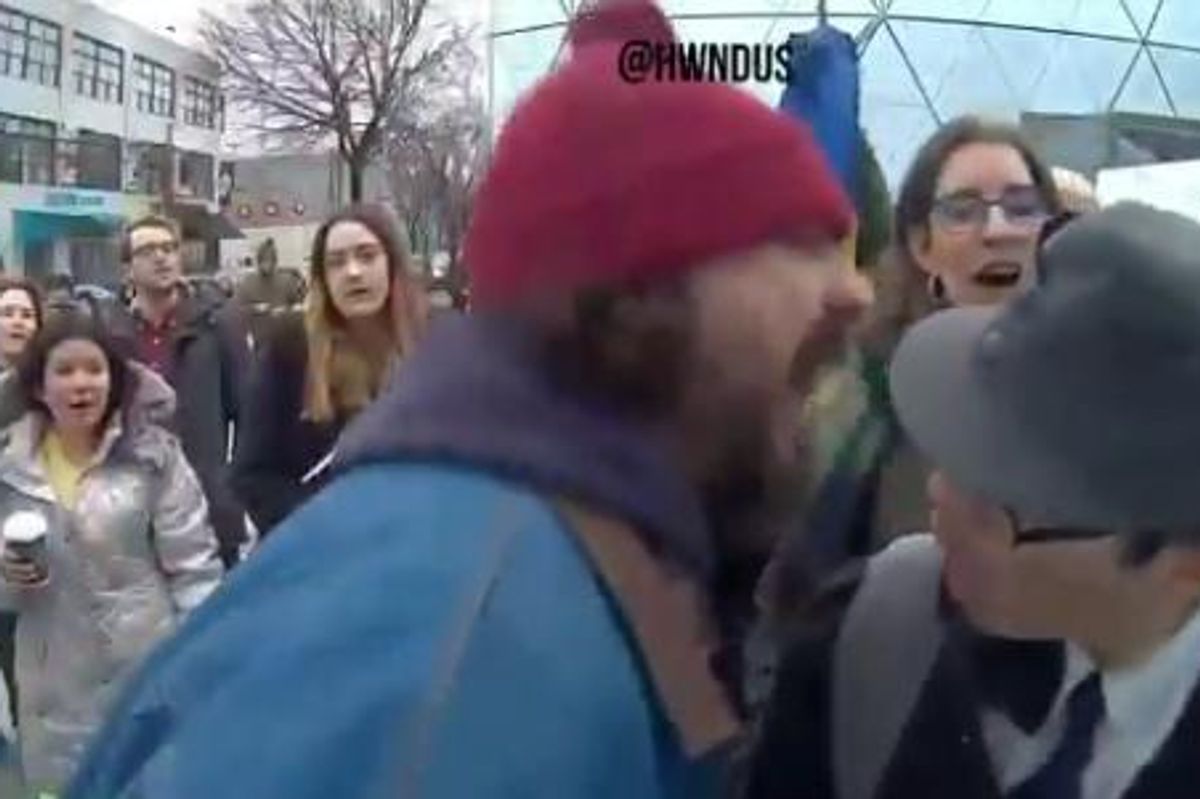 On Inauguration Day, New Hive teamed up with Shia LaBeouf and Jaden Smith to launch a 4-year-long anti-Trump livestream outside of the New York Museum of the Moving Image called "HE WILL NOT DIVIDE US." A participatory project open to the public, the premise of HWNDU was challenged over the weekend when a white supremacist decided to show up and try to take over the livestream. Thankfully, LaBeouf was around to scream back and eventually run him off-screen.

Beginning by saying "14" into the camera -- a rallying cry for white supremacists that references David Lane's slogan, "We must secure the existence of our people and a future for white children" -- the man was initially warded off by LaBeouf, who began following him. However, when he circled back in an attempt to deliver the entire statement into the camera, LaBeouf began screaming "HE WILL NOT DIVIDE US" directly into his ear. It got to the point where the two were almost nose-to-nose before the white supremacist was chased off by LaBeouf.

Watch the incredible moment for yourself below via the office HWNDU Twitter.