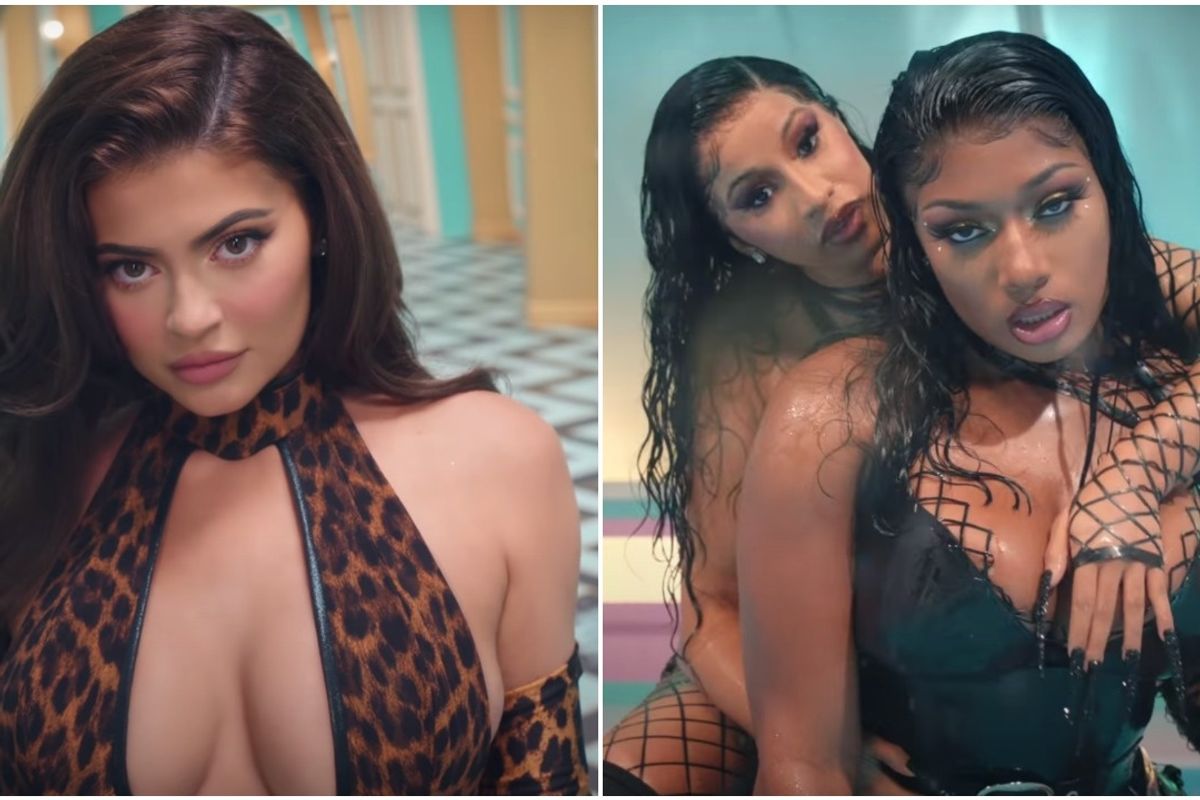 There's a Petition to Remove Kylie Jenner From 'WAP'

The internet is less than pleased about one particular celebrity cameo in Cardi B and Megan Thee Stallion's music video for "WAP."

Even though the video featured appearances from musicians like Rosalîa, Normani and Sukihana, a large number of fans have since taken with the additional inclusion of Kylie Jenner, given her past history of culturally appropriating Black women. And apparently, it's now gotten to the point where people are now asking for Cardi and Megan to remove her from the video.

Shortly after "WAP" went live, a Change.org petition surfaced calling for Jenner's scene — in which she can be seen strutting down a hallway in a leopard-print outfit — to be completely wiped from the video.

"The video was perfect until we saw K and I wanted to throw my phone," the petition description read. And from the comment section and the 34,000+ signatures as of writing, it appears as if many others agree.

when Kylie showed up in the Cardi x Meg video pic.twitter.com/Uw1lNFTIHm

"I was happily enjoying my cup of brown women until that culture stealing colonizer showed up and made me spill," as one signee wrote, while another added, "She is a culture vulture who doesn't remember her own complexion. Down with the culture vultures!!!"

However, in the wake of the backlash, EW reported that Cardi herself took to Twitter to indirectly "defend" the cameo, writing that her goal with the "WAP" video was "to include different women, that are different races and come from different backgrounds, but are so powerful and influential."

I wanna say thank you to every woman that was apart of my video! The fact that you made time in your schedules means alot to me! It was so important to me to include different women,that are different races and come from different backgrounds but are so powerful and influential.

Jenner has yet to respond.