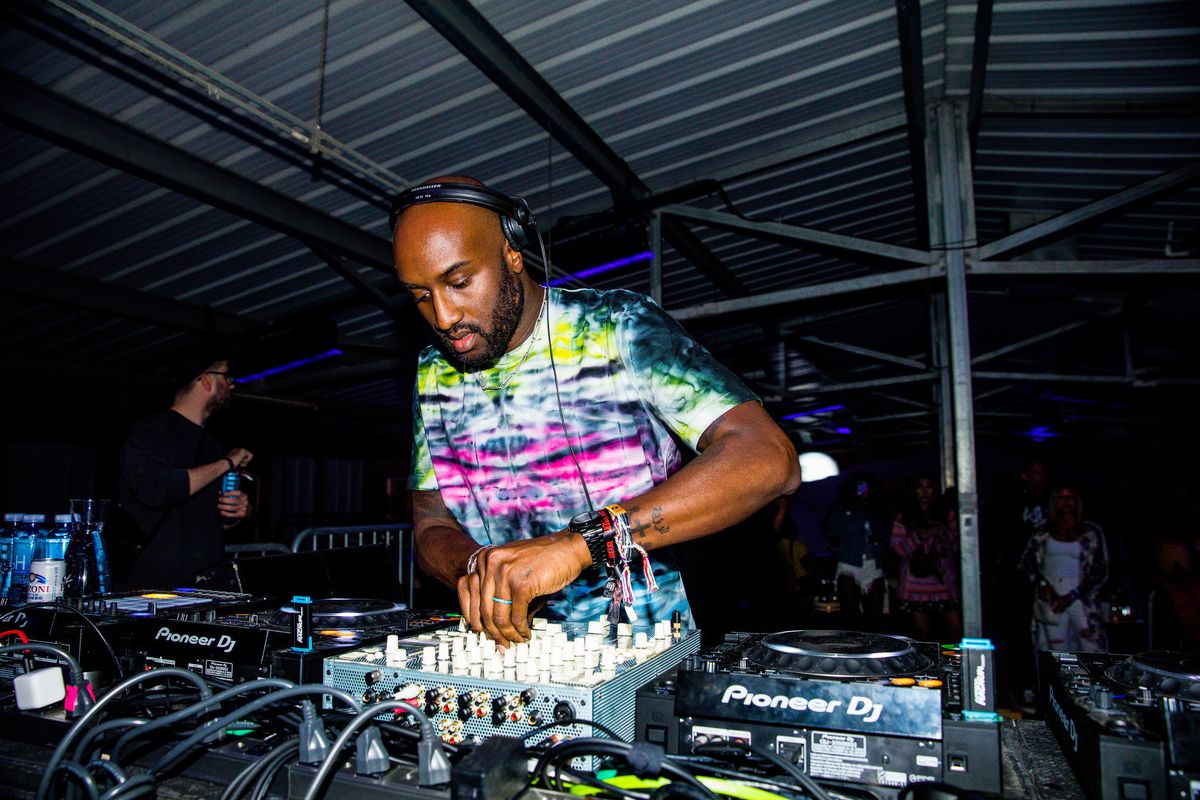 The Cool Kids Came Out for Virgil Abloh's Coachella After Party

As any experienced attendee of the annual Indio cultural convergence that is Coachella will tell you, the fest is great and all, but the after parties are everything. Taking over luxurious estates scattered around the desert, there is perhaps no better place to see your favorite artists up close and watch celebs cut loose than at the myriad of invite-only functions. And there was perhaps no hotter ticket than Framework Presents: Rhonda Queen of the Desert.

The combined effort of underground LA promoter, Framework, and poly-sexual dance party, A Club Called Rhonda, Friday night's edition kicked off a weekend of fêtes in A-list fashion. Converting a horse racing facility into an indoor-outdoor club, the night's soundtrack was held down by two of the fest's most stylish acts, Off-White head, Virgil Abloh, and Russian techno maven, Nina Kraviz.

A much more casual affair compared to Kraviz's wildly experimental performance art set headlining the Mojave stage earlier that evening, it was not uncommon to find yourself rubbing elbows with the likes of Gigi Hadid, Brittany Furlan, Sita Abellan, and the man who seemed to be everywhere throughout the Coachella weekend, Diplo.

Relive the night in all of its ultra-chic glory, below: