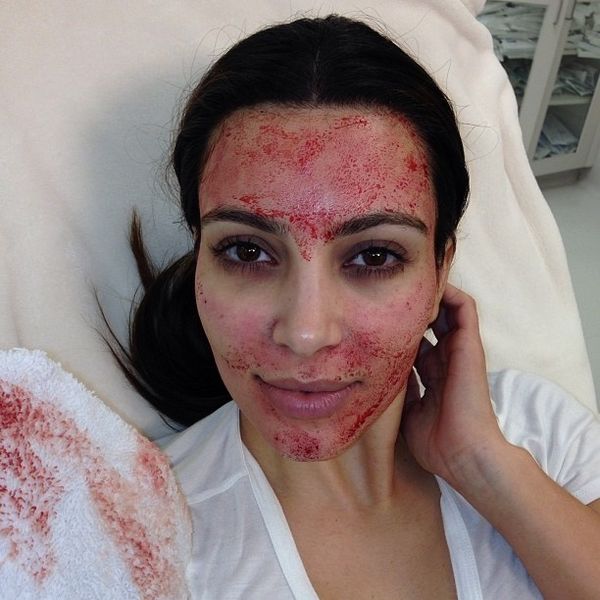 In an influencer-led culture, celebrities can dictate nearly everything, from what restaurant you should dine at to what face cream you should use. Influencing, however, is a business and despite all the #SponCon that often decides what product or service a celebrity will endorse, dedicated stans will hardly question it.

Sometimes, however, this unhealthy obsession with your favorite Kardashian, can have extremely hazardous side effects. Let this recent announcement by the New Mexico Department of Health (NMDOH) serve as an essential warning.

In a statement made on Monday, health officials in New Mexico, asked anyone who received vampire facials or any injection-related procedures at the VIP Spa in Albuquerque between May and September 2018 to come in for "free and confidential" HIV, and Hepatitis B and C testing.

The news initially broke last September when the NMDOH first discovered the now closed VIP spa was conducting treatments in a way that could "potentially spread blood-borne infections such as HIV, Hepatitis B, and C to clients."

Now, two clients have tested positive for HIV causing the department to issue a warning and "strongly encourage" clients to come in for tests. No other sources behind the infection have been identified, and "additional laboratory testing on specimens from the two clients indicates recent infection with the same HIV virus — increasing the likelihood that the two HIV infections may have resulted from a procedure at the VIP spa."

Related | The Creator of Vampire Facials Wants to Banish Your Blemishes

NMDOH Cabinet SecretaryKathy Kunkel said, "While over 100 VIP Spa clients have already been tested, NMDOH is reaching out to ensure that testing and counseling services are available for individuals who received injection related services at the VIP Spa. Testing is important for everyone as there are effective treatments for HIV and many hepatitis infections."

The official statement further encouraged those looking to get cosmetic surgeries involving needle injections to "verify the services are being provided by a licensed medical provider."

The coveted Vampire Facial first gained traction in 2013 when Kim Kardashian posted a selfie of herself mid treatment. The procedure works by injecting plasma derived from the person's blood into their face by using a micro needling pen. Albeit a little painful, it promises a youthful appearance by boosting collagen production and cell growth.