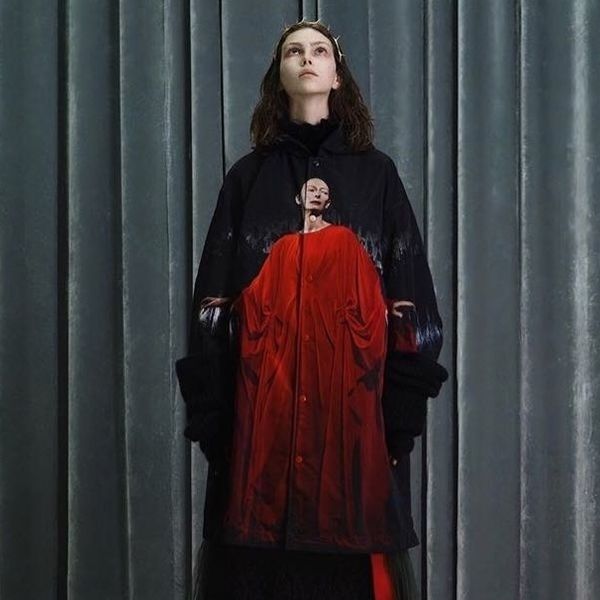 Designer Jun Takahashi of Undercover took himself off the Paris schedule last season, instead choosing to drop his fall 2019 lookbook through Instagram. And what a drop it was. The newest Undercover collection was directly inspired by Luca Guadagnino's 2018 remake of Dario Argento's canonical Italian horror film Suspiria — stills from the movie are printed on various garments, including a coat bearing the image of Tilda Swinton in full Helena Markos Dance Company gear. The beauty hides the blood!

Takahashi is a noted film buff, especially when it comes to Stanley Kubrick. Previous Undercover collections have included references to The Shining (a take on the Grady twins closed the spring 2018 show), 2001: A Space Odyssey, and A Clockwork Orange.

Related | You All Just Watched This Fashion Show on Instagram

But the Suspiria collection really takes things over the top. Every single garment features some sort of allusion to Guadagnino's film. Subtle references include dangling ruffled panels that echo the costumes from Suspiria's dance company, and a number of pieces in blood-red; more explicit takes feature stills from the film, including images of a witch's scythe, various interiors, and shots of actresses Dakota Johnson, Mia Goth, Angela Winkler, and of course Swinton. Check out more from the collection, below.