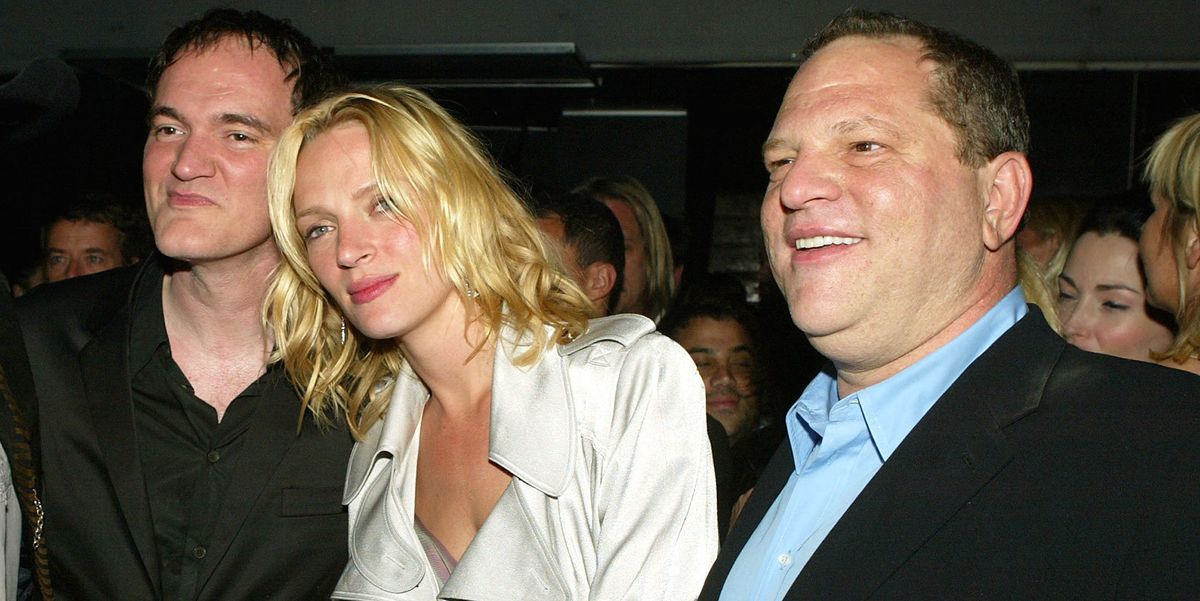 When the accusations of sexual assault and harassment against Harvey Weinstein first began to break a few months ago, Uma Thurman hinted during a viral red carpet interview that though she would share her experiences soon, she was waiting until she could process her anger to some degree. Now, she's beginning to reveal the extent of the trauma she's been through.

In a new interview with the New York Times, Thurman alleges that Harvey Weinstein "attacked" her multiple times in the beginning of career, following the success of Pulp Fiction, which Weinstein produced. "He used to spend hours talking to me about material and complimenting my mind and validating me. It possibly made me overlook warning signs," she said, before describing the first sexual advance he made in a hotel room in Paris:

"It went right over my head…I didn't feel threatened. I thought he was being super idiosyncratic, like this was your kooky, eccentric uncle…then I followed him through a door and it was a steam room. And I was standing there in my full black leather outfit — boots, pants, jacket. And it was so hot and I said, 'This is ridiculous, what are you doing?' And he was getting very flustered and mad and he jumped up and ran out."

Shortly after, Weinstein physically attacked her for the first time in a London hotel room, Thurman alleges:

"It was such a bat to the head. He pushed me down. He tried to shove himself on me. He tried to expose himself. He did all kinds of unpleasant things. But he didn't actually put his back into it and force me. You're like an animal wriggling away, like a lizard. I was doing anything I could to get the train back on the track. My track. Not his track."

Hoping to confront Weinstein about his behavior, Thurman asked him to meet at the hotel bar. When she arrived to meet him, Thurman says Weinstein's agents pressured her into meeting him at his hotel room instead. She says she reluctantly agreed, and told Weinstein, "If you do what you did to me to other people you will lose your career, your reputation and your family, I promise you."

Thurman's memory of that encounter stops there, though. Her friend Ilona Herman recalled to the Times that when Thurman finally returned downstairs, "She was very disheveled and so upset and had this blank look," Herman said. "Her eyes were crazy and she was totally out of control. I shoveled her into the taxi and we went home to my house. She was really shaking." Herman said that when Thurman was able to speak again, she said that he had threatened to derail her career.

Thurman described the complicated feelings she had toward Weinstein.

"I am one of the reasons that a young girl would walk into his room alone, the way I did," she told the Times. "Quentin [Tarantino] used Harvey as the executive producer of 'Kill Bill,' a movie that symbolizes female empowerment. And all these lambs walked into slaughter because they were convinced nobody rises to such a position who would do something illegal to you, but they do."

Thurman also said that Creative Artists Agency, her former agency, was complicit in Weinstein's behavior. The agency has since issued a public apology. "I stand as both a person who was subjected to it and a person who was then also part of the cloud cover, so that's a super weird split to have," Thurman said.

Of her red carpet moment in October, Thurman said, "I used the word 'anger' but I was more worried about crying, to tell you the truth," she says now. "I was not a groundbreaker on a story I knew to be true. So what you really saw was a person buying time.""

A statement from Weinstein's representative said, "Mr. Weinstein acknowledges making a pass at Ms. Thurman in England after misreading her signals in Paris. He immediately apologized."

She does recall the "half-assed apology" that Weinstein gave her, and went onto describe her relationship with Tarantino and his involvement and knowledge of Weinstein's actions as "the Tarantino of it all." She talks in depth of being pressured into an unsafe car stunt during a shoot in Mexico for Kill Bill that left her permanently injured, describing her "dehumanization to the point of death" as an actress.

She said, "Personally, it has taken me 47 years to stop calling people who are mean to you 'in love' with you. It took a long time because I think that as little girls we are conditioned to believe that cruelty and love somehow have a connection and that is like the sort of era that we need to evolve out of."