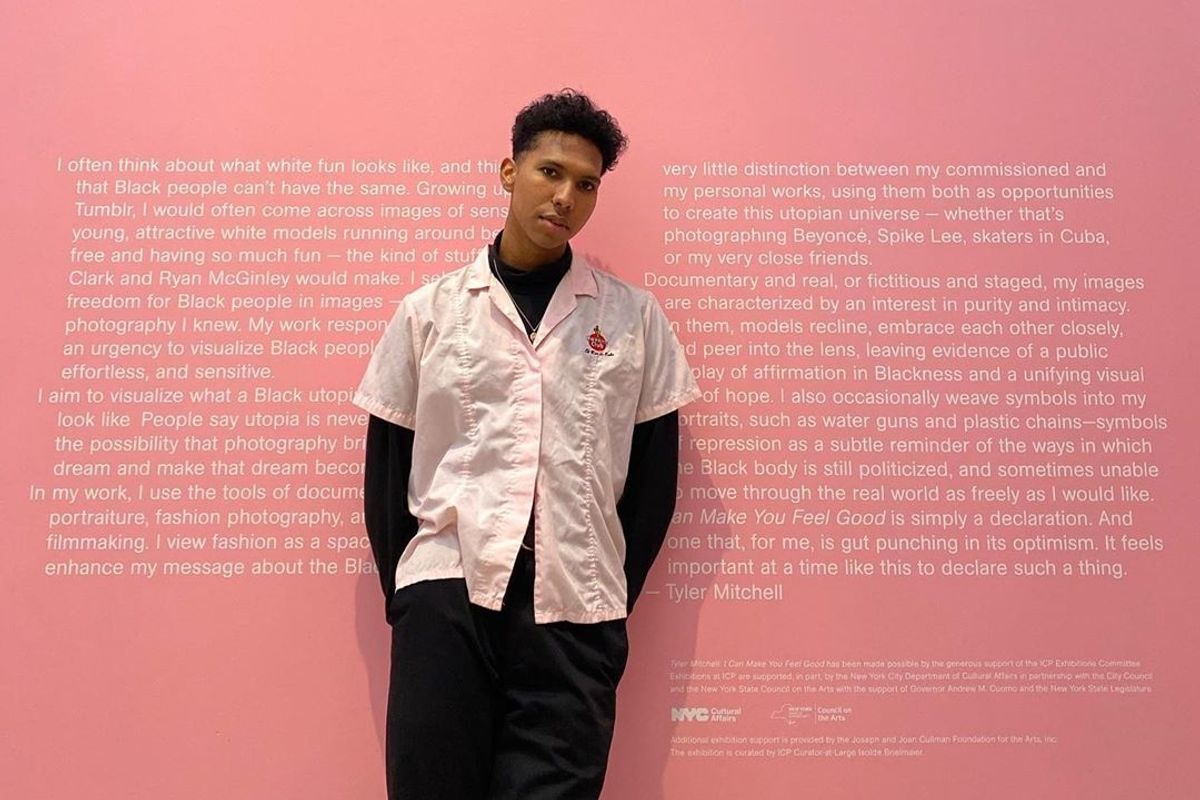 Who? Tyler Mitchell became the first Black photographer to shoot a Vogue cover at age 23, when he captured Beyoncé for the magazine's 2018 September cover. Now 25, he's quickly risen to the top of the fashion world, with a body of work that "explores Blackness as an aesthetic." He's also shot Zendaya for Vogue, Spike Lee for Office, Vince Staples for Dazed, Lil Uzi Vert for Fader, Steve Lacy for i-D and much more. Mitchell's also a filmmaker, with music videos for Abra and Kevin Abstract, and campaigns for Marc Jacobs and Commes de Garcons under his belt.

Mitchell is curating a 24-hour "Night at the Cinema," featuring all his favorite movies and videos. According to Instagram, the night will include "a range of feature films, short films, music videos, artist interviews, and random internet content!" all themed around the title "Americana / I Can Make You Feel Good."

When? Starting at 7 PM ET this Friday, April 3, Mitchell will livestream his computer screen for 24 hours, check it out at icmyfg.com.

Related | Is It Okay to Shop Online During a Pandemic?

Why watch? As teased in the movie portion of Mitchell's line-up, it's an opportunity to see buzzy recent releases and classics through the eyes of a young icon, and thousands of strangers. The line-up includes: Paris, Texas, There Will Be Blood, Bad Day at Black Rock, Boogie Nights, Good Burger, Jaw, E.T., Juice, Hoop Dreams, Crooklyn, Minding The Gap, Coming to America, Girls Trip, Daughters of the Dust, Watermelon Woman and The Farewell.