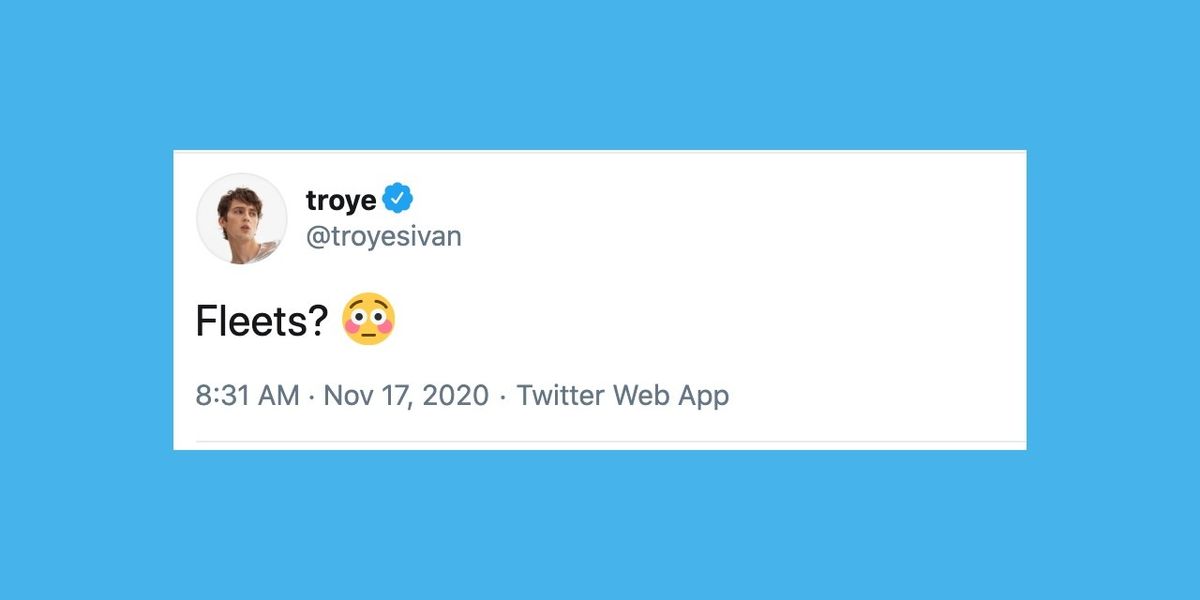 Twitter is adding some familiar new features to its platform to compete with the likes of Snapchat, Instagram and Clubhouse.

First, it launched Fleets, which is a competitor to Instagram and Snapchat's stories features. It lets users post photos, videos, pain text, and reactions to tweets that all disappear after 24 hours of availability.

The second of its two innovations is Spaces, seemingly modeled after group discussion platform Clubhouse's ability to house live discussions. Twitter's new feature will enable its users to join virtual rooms to engage in real-time conversations with each other.

That thing you didn't Tweet but wanted to but didn't but got so close but then were like nah.

We have a place for that now—Fleets!

Spaces is set to come to select users before the year ends. It will only be available to women of marginalized backgrounds at first before becoming able to use by other groups.

While Spaces is apparently far off for now, Twitter's users have had some… interesting things to say about Fleets — both good and bad, and surprisingly, enema-focused. Here are some of the best reactions:

Lol Fleet is the name of an enema brand

For further proof that twitter pulled this latest update out of their asses, please note that Fleet is also a brand of enema. pic.twitter.com/wl3ePSObWX
— rachel~anne the red~haired reindeer 🦌❄️ (@rachelanniexo) November 17, 2020

the ceo of fleet enemas this morning when they found out about twitter fleets pic.twitter.com/vg2Jy7S1WM
— ✨ Mikey Almeida ✨ (@mikey_almeida) November 17, 2020

Does the fleets thing stress anyone else out? Like I use Twitter to get away from IG stories, not have it follow me around on every platform reminding me that I don't have makeup on
— Alexandria Ocasio-Cortez (@AOC) November 17, 2020

fleets and stories are cool but what we really want is an edit button, multiple pins, and a longer character limit pic.twitter.com/LZWBA5ryEM
— Zach (@gzach_) November 17, 2020

fleets is amazing because now i can overshare on here with pictures
— ENJOY THE RIDE 🎡 (@almondmilkhunni) November 17, 2020

As people begin to use fleets more, the final verdict on the power of the new feature remains to be seen.