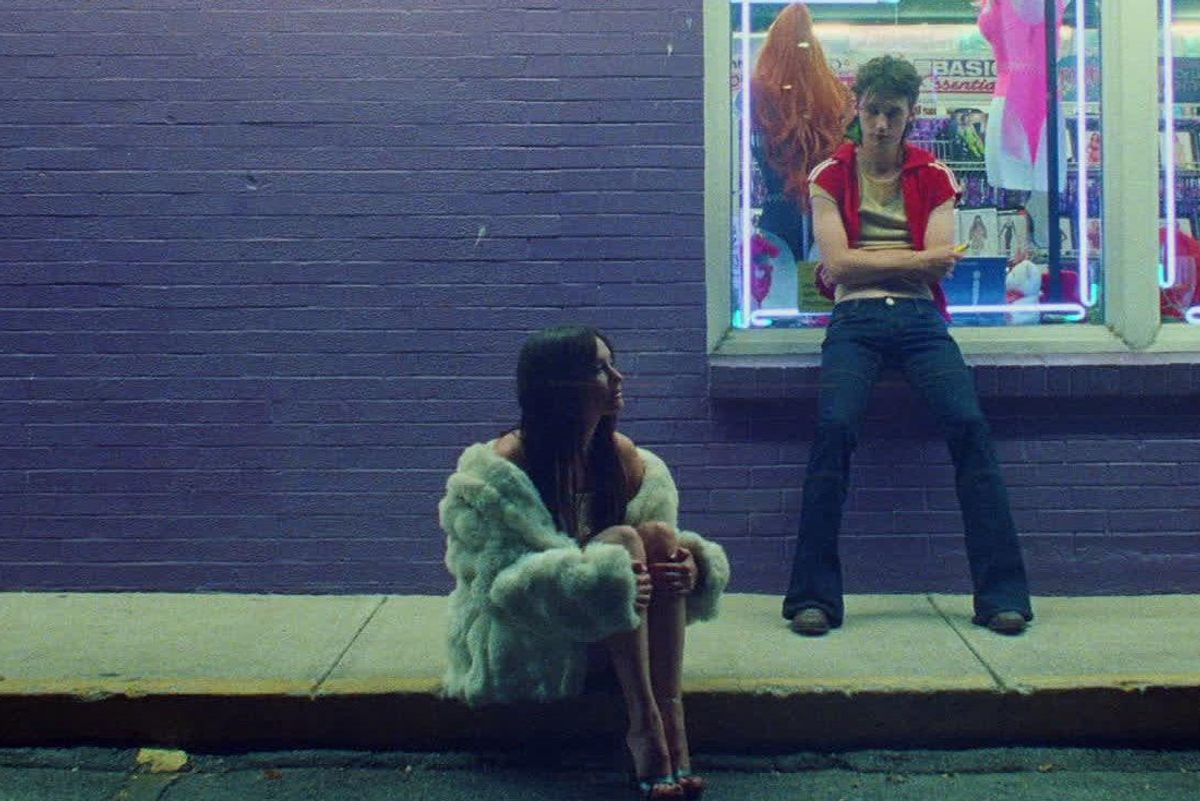 Following the release of recent EP, In A Dream, earlier this year, Troye Sivan is back and he's got company.

The Aussie pop twink has joined forces with country darling Kacey Musgraves and all-star producer Mark Ronson to throw even more glitter and feels on Sivan's pining-for-your-ex bop "Easy." The new version features a verse from Musgraves and some added disco-pop flair courtesy of Ronson, heightening the original to a decadent level of melodrama that would make anyone on the dance floor a bit misty-eyed.

The new rendition of "Easy" comes alongside a brand new Bardia Zeinali-directed music video that sees Sivan and Musgraves take a late night ride through the scuzzier side of Nashville. Having previously worked with Zeinali on the visual for the Ariana Grande collab, "Dance to This," Sivan, in full mullet glory, is sulking in the back of a line dance and wistfully staring off into the distance. He's later joined by an equally emotionally distant Musgraves as they drive from a trashy motel to a grimy dive bar (featuring a cameo from drag queen, Jorgeous) to an adult toy shop parking lot, getting out of town just before dawn breaks.

Check out the full music video for Troye Sivan's "Easy" featuring Kacey Musgraves and Mark Ronson. (Also please be advised the video comes with a warning for viewers with photosensitive epilepsy.)