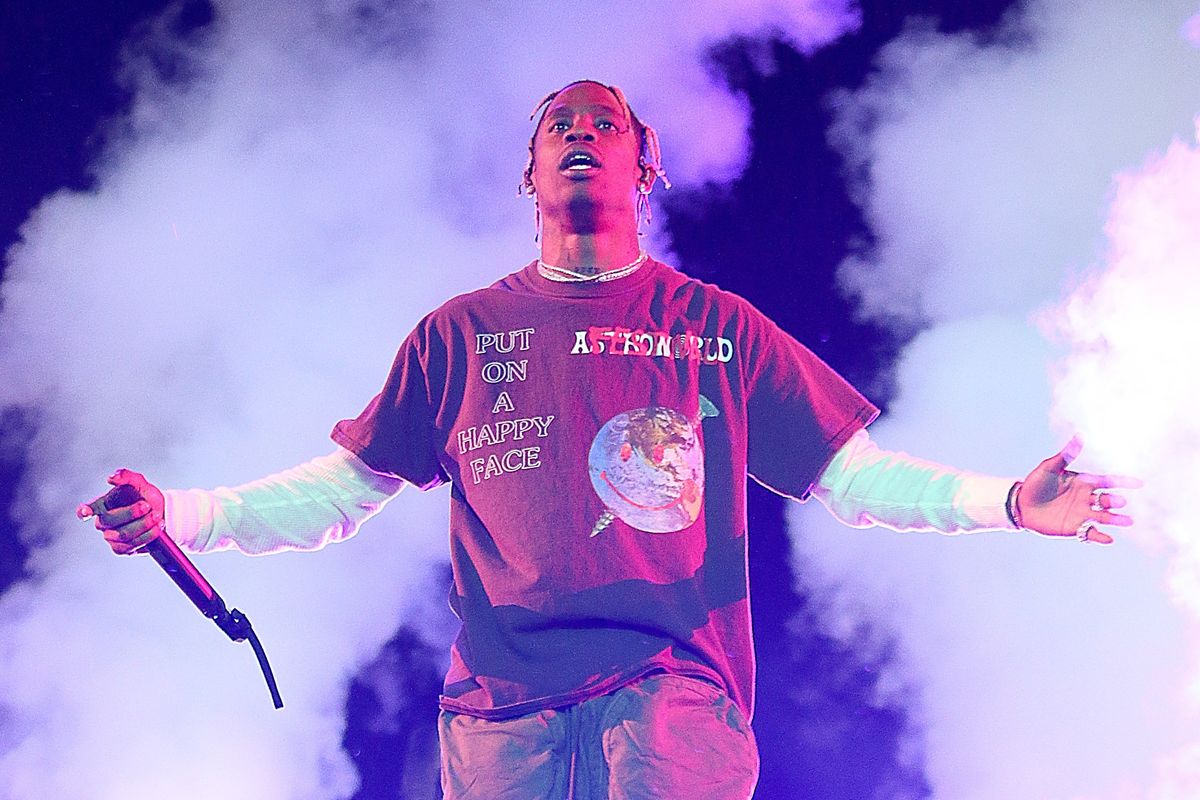 While Travis Scott is busy touring with his "wifey" Kylie Jenner, and baby Stormi for Astroworld, he also dropped a new music video for his song, "Yosemite."

The MV shows the rapper on the plane, dreaming about his childhood, and we get a sneak peek of a clip of adorable baby Travis dancing at the beginning. And as the video progresses, we follow him through a jungle adventure in what turns out to be an abandoned theme park. In the trippy video, he falls off a cliff, encounters tribespeople, finds clues leading to Astroworld, and sees an entire universe in a cave.

The song, which emphasizes the rapper's success and how far he's gone, metaphorically shows this in the last scene of the whole production. Ultimately, little Travis makes it to a clearing, and sees the whole of Astroworld, with the adult Travis Scott flying over the jungle in his private plane.