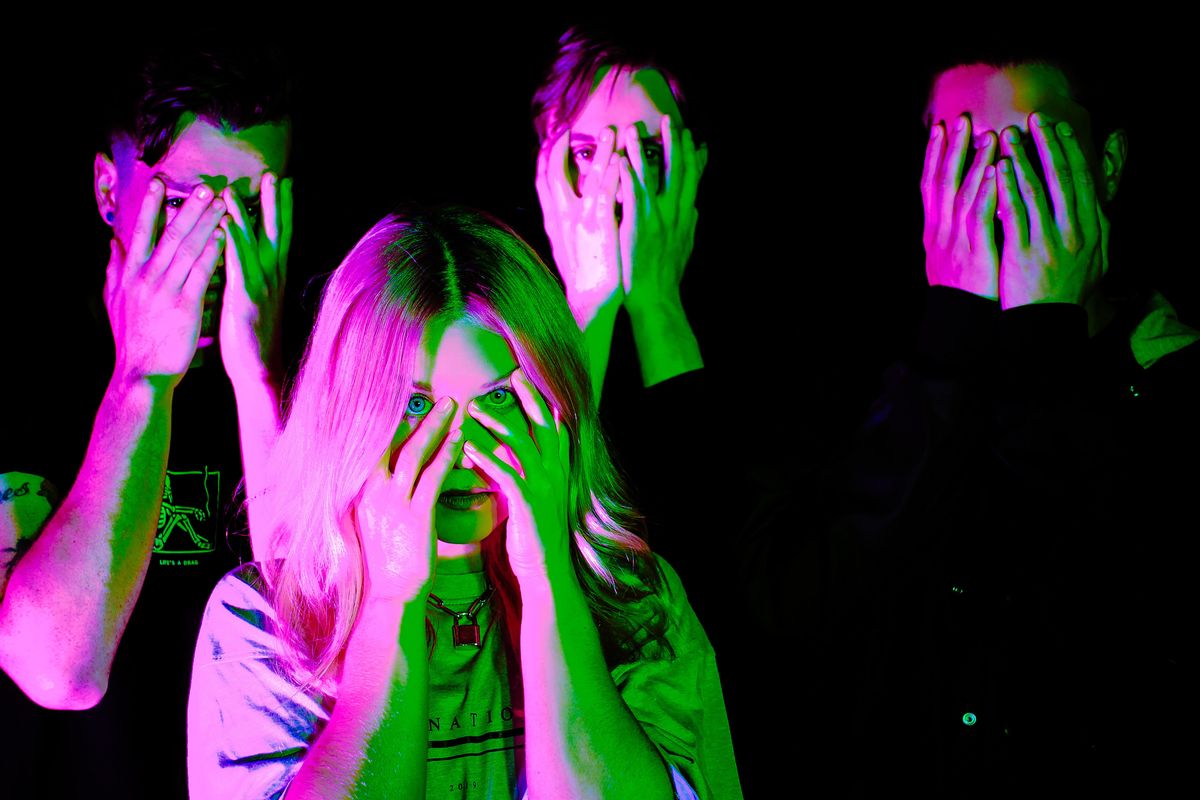 Transviolet's New Video Shows the Capitalist Nightmare We Live In

Moms on Facebook don't really like Transviolet. To promote their first single in 2015, "Girls Your Age," the Los Angeles-based electronic pop quartet sent out 2,000 manila envelopes with a cassette tape of the track inside simply marked "play me," according to a press release.

In retrospect—as Facebook moms were quick to point out—this accidental horror-movie-adjacent advert may not have been the best move. Fortunately, Transviolet is back again with new single and video for "Money Money," premiering today on PAPER, so you can watch and listen now—no tape player or parental approval required.

However, the video for "Money Money," which the band calls "an ode to greed, corruption and rampant consumerism," is still rather reminiscent of a horror movie, only with more realism. The opening shot shows an angry Donald Trump on a TV screen, after all. "We live in an absurd capitalist hellscape that is cannibalizing itself, and I wanted to write a song that encapsulated that absurdity," lead singer Sarah McTaggart says. "I hope that this song will cause people to question how we got here, and if we'd like to stay here."

After Trump declares in edited audio that Transviolet's "career is over," the video breaks out into post-apocalyptic, money-driven chaos. The bandmates violently turn on each other over a winning lottery ticket as satire-heavy infomercials play in the background with copy like "Guns Rock" and "Need insulin? Haha that sucks." The video, directed by Kyle Vorbach, makes no attempt to downplay the political nature of the song, and instead uses the dramatized scenes to make more lighthearted commentary on darker social context.

Transviolet in the "Money Money" video.

"Deep fake technology is powerful, and could be dangerous in the wrong hands. In a music video, it's hilarious, but if misused by a corrupt politician or dictator, it could have catastrophic consequences. It could destroy a reputation. It could start a war," the band explains. "We loved the idea of using it in our video to make people aware of it in a funny way, before it was used in a harmful one."

The video ends with a fake interview, where an upset bystander complains about the band getting too political saying, "Where are my songs about like, I don't know, being in the club, seeing a hot person, you know, something that like, people can relate with. Don't cram your message down my throat."

Fortunately, the band doesn't seem to have plans to water things down anytime soon. Instead, the release of "Money Money" is a marker of their continued momentum. The band, proudly self-written and self-mixed, is planning to release their first independent full album in the coming months. Stream "Money Money" below.