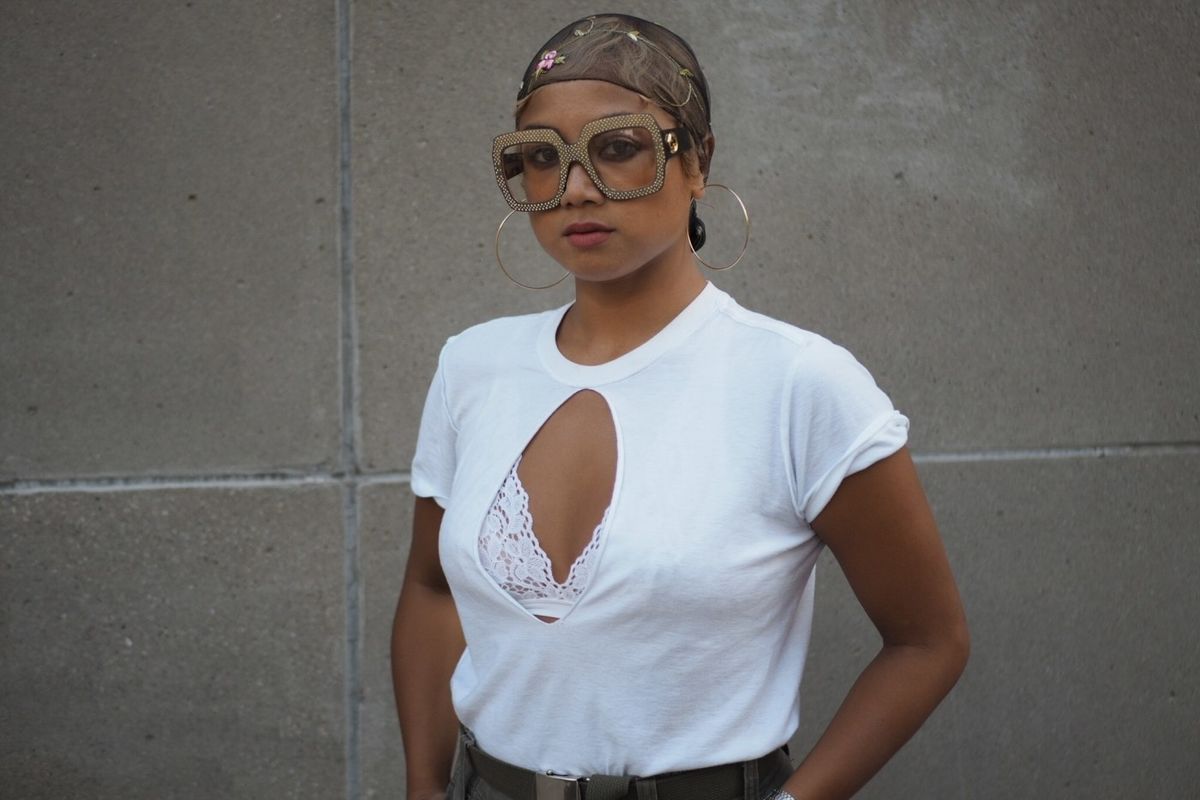 For most of us, the annual responsibility of refreshing your New Year's outlook is intimidating. For Toronto's leading makeup artist Mila Victoria, there was no other option but to confront uncertainty head on. As a graphic design student in Canada faced with significant acne and insecurity, Victoria began to use makeup as a means of personal empowerment.

It wasn't long before "Makeup by Mila" became a phrase used by all of Toronto and now, with a flourishing YouTube following of nearly 100,000, an impressive resumé that features The Weeknd and Grimes, Victoria is exactly where she should be: in the spotlight.

PAPER caught up with Victoria in Toronto to talk all things beauty.

Makeup was an accident, I was just doing makeup on myself. I had really low self-esteem, so it was so nice to kind of experiment. It's so much fun. When I started I also didn't have a lot of fear, it's not like I knew anyone in the industry or had an agent saying "no you can't do that." I was just doing it because I could, but then I was encountering clients here [in Toronto] who said, "Tone it down, do it natural. It was a lot of, "everything's amazing and everyone's so nice" and then came so much of the, "No, you can't do that."

For a long time, Toronto wasn't known for being the creative hub it is now.

I think now because of social media, and the younger generation, a lot of artists went, "Oh, well then we'll just make some shit with our friends and see where it takes us." It's like, we're going to do this because we can. When I first came back to Toronto I knew that there was something really special happening in Toronto and I need to be there right now.

Honestly, Toronto is so small that if you're going to come with an ego you will go nowhere. People will just say, "you're a loser." But how that felt it felt when I first started in the fashion industry, I didn't want to stay here. No one was open to experimenting. I would say 99 percent of clients didn't want to take any risks. There was Pat McGrath, there was this insane work happening and I knew I had to go away. I was paying attention to the leaders and I just wanted to be on that level.

So you got out?

YouTube! Let me tell you, that was just never the plan. I had friends saying me, "You have to start a channel!" and I just knew I was never supposed to be in front of the camera. I thought, "I have no experience in that world, I have no desire to be in that world. Then I was like, you know what? I'm here, I'm going to do it." It gained traction really quickly. Within a year it was 20,000 subscribers. I remember being in East London and this girl stopped and went, "Oh my god it's Mila!" I couldn't believe it.

Surely that massively impacted your sense of self-worth?

I've had to prove myself every step of the way, everything I did I did it alone. I just had to put myself out there, I'm shy. It's really scary for me to put myself out there and be judged. I'm lucky for the most part, people have been really nice. I used to be terrified and then I realized it's okay, everything in divine time. Maybe now's the time to pick up the YouTube game.

Is that the dream? Being a Patrick Starr?

No, you know I love Patrick Starr, but the desire isn't to be big it's to keep being creative. To have a storyline and pitch it to other creatives. I don't ever want to be like, "This is my life and it's so amazing!" Because it's not.

And it's not winning something like Glam Masters either? Becoming a celebrity's right-hand like Mario is to Kim?

See it's so funny I remember Mario's earlier work, he was in these European magazines doing gorgeous stuff and he was like 18 or 19. I think that's when Kim caught him and his career sky-rocketed. I never wanted that, anything super long-term and permanent freaks me out. It's like Pharrell's career, he's in front of the camera and behind the camera. I just want make cool stuff that I can see.

Photographer is via New Currency