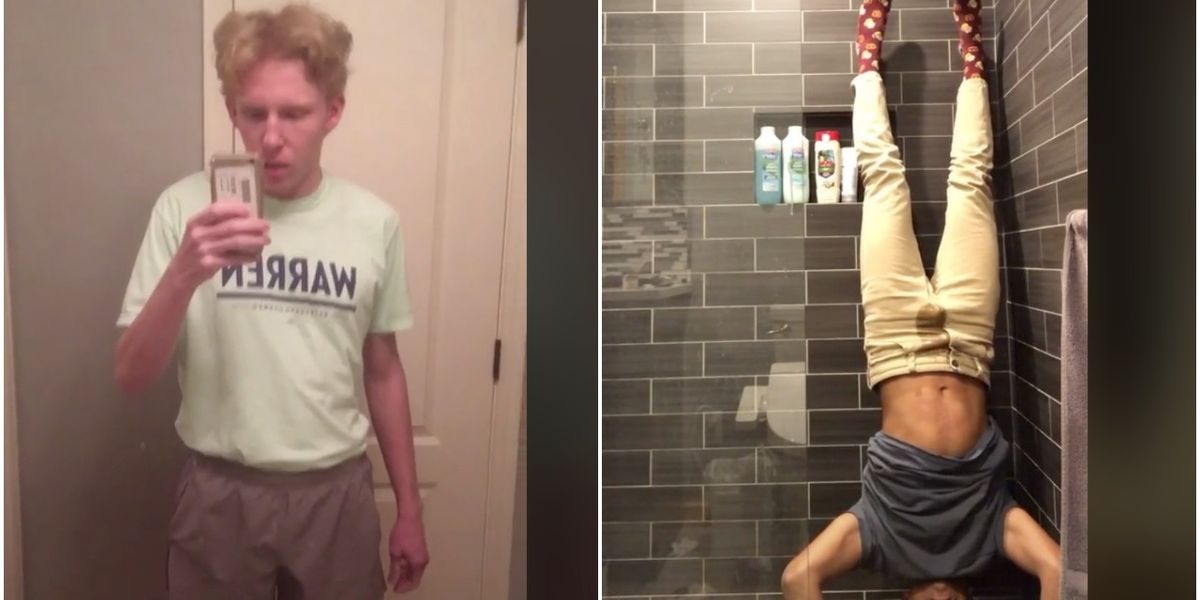 TikTok Users Are Peeing Their Pants For This Challenge

Today in bizarre online happenings, it appears as if TikTok users are now pissing themselves in the name of content.

That's right, the latest trend to go viral on the platform is the aptly named "Pee Your Pants" challenge, and the premise is exactly what you'd expect it to be. The only stipulation? Just make sure to have a good poker face on while you do it.

Related | The Naked Challenge Is Taking Over TikTok

But first off, where did this even come from? Well, it seems as if you can thank one Liam Weyer, who goes by @liamw2 on the app.

According to Know Your Meme, Weyer uploaded his first video on April 21, though he ended up having to re-upload after TikTok took it down. That said, it didn't take long for other guys to hop on the trend.

Which leads us to the next logical question: Why? In an email to Insider, Weyer — a 19-year-old filmmaker and comedian — said that he "created the challenge as a parody of the other challenges that have gone viral on the internet in an attempt to show how pointless they are."

"I am definitely surprised that the challenge actually became a trend," he said, later adding, "I am surprised to see that people on the internet will pee themselves if you call it a challenge and add a hashtag."

Granted, it appears as if other TikTokers have since caught onto the joke, with a good amount of gag responses (and weirded out reactions) now popping up via the hashtag. Check these out — alongside a few more earnest "Pee Your Pants" challenges — below.