Suddenly I'm Into Sports With This Tiffany Blue Basketball

Tiffany's may be synonymous with all things Audrey Hepburn and engagement rings, but its recent push into the men's category is gaining significant traction. On the heels of its new collection for guys, the American jeweler is opening a brand new pop-up showcasing an entire universe of men's goodies from accessories to barware, home objects, and games.

Located on 6 East 57th St in New York City, the space also features a pair of rare gifts from its exclusive holiday gift guide: a Tiffany Blue Indian Scout motorcycle and a Blatt Billiards pool table with a Tiffany Blue felt bed. Other standouts include a custom Tiffany x Spalding basketball, which will be available in limited quantities. 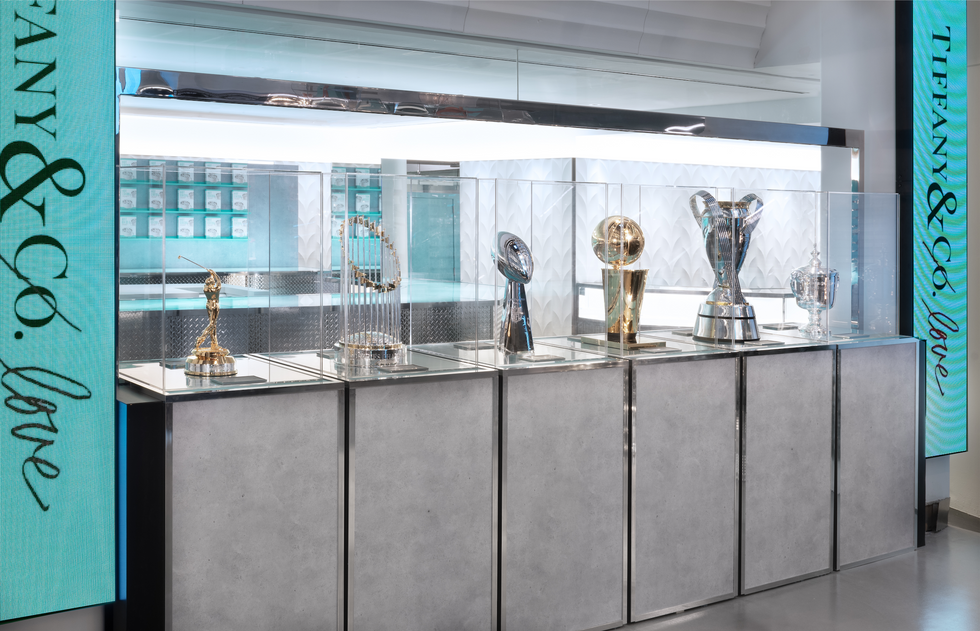 Sports fans will want to check out the display featuring six of the most prestigious trophies, which are being grouped together in one location for the first time, including those from the NFL, NBA, and the PGA Tour. (Each trophy is made in Tiffany's Hollowware workshop in Rhode Island.) 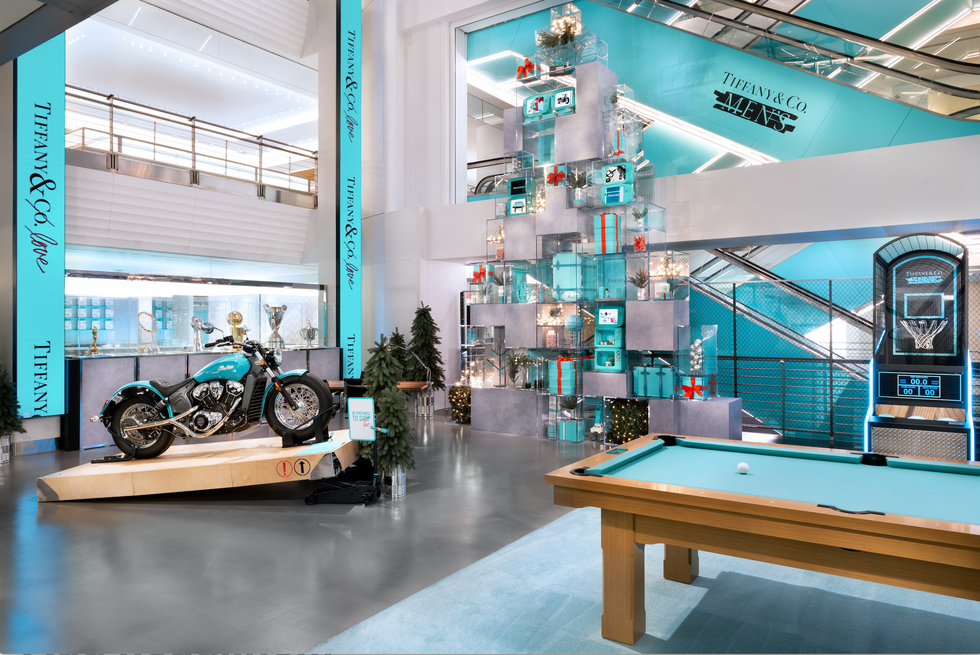 The pop-up also serves as a preview for what will be Tiffany's two-year home while its Fifth Avenue flagship undergoes a transformation of its own. It will open its doors on December 6 until January 6, just in time for the frenzied holiday shopping period.

Tiffany & Co and Doutzen Kroes Celebrate to Save Elephants