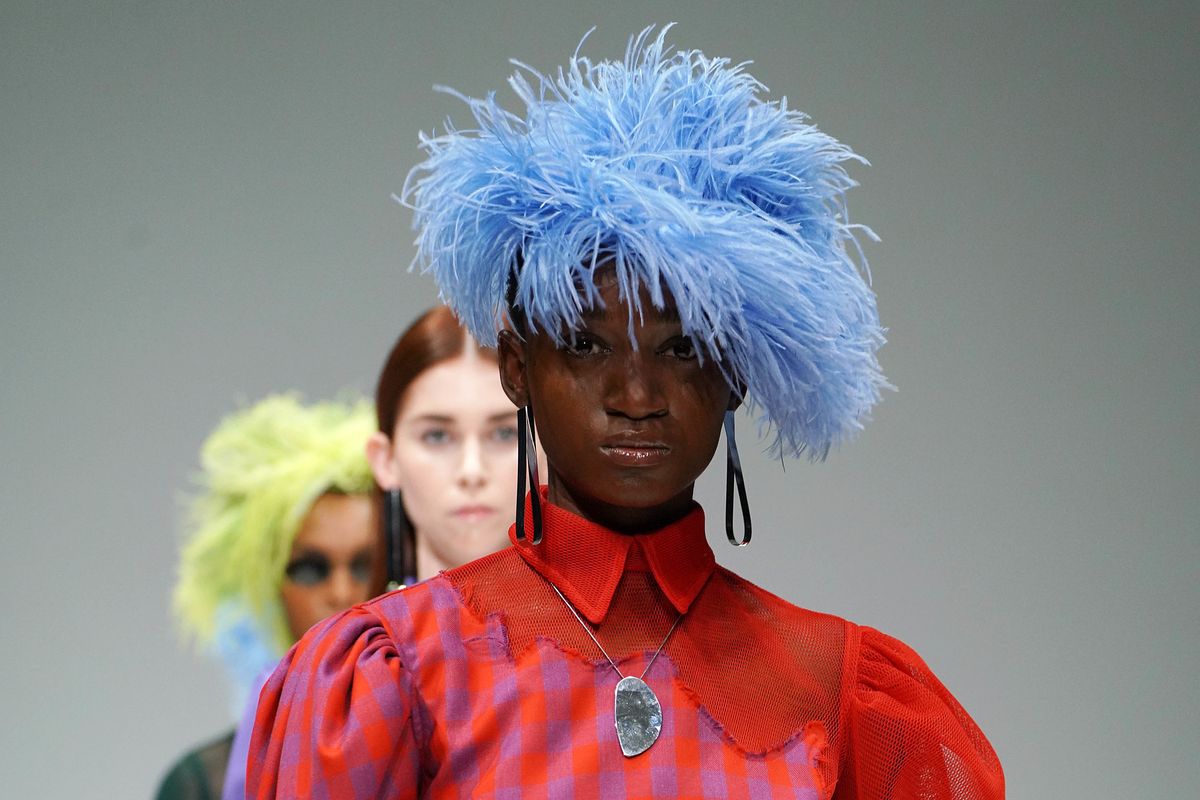 After six months of competition, the LVMH Fashion Prize for Young Designers finally culminated in Paris today with the announcement of its winner at the Fondation Louis Vuitton. Thebe Magugu, a South African women's ready-to-wear designer based in Johannesburg, took home the top prize today which includes 300,000 euros and a mentorship from the LVMH group. This is the first time a designer from Africa was selected as the winner.

A group of eight finalists met with the jury today, which include Louis Vuitton's Nicolas Ghesquiere, Givenchy's Clare Waight Keller, and Dior's Maria Grazia Chiuri. Additionally, actress Alicia Vikander (and Louis Vuitton ambassador) also stopped by to meet with the designers and peruse through their collections before presenting the award to Magugu.

LVMHPrize on Instagram: “★ Thebe Magugu LVMH Prize winner ★ We are so happy for our #lvmhprize2019 winner @thebemagugu Congratulations! . Follow us for updates…”

Israeli menswear designer Hed Mayner, who presents his collections in Paris, received the Karl Lagerfeld Prize (which was renamed from Special Prize last week), granting 150,000 euros and a year-long mentorship with an LVMH executive. Delphine Arnault, daughter of LVMH CEO Bernard Arnault and founder of the LVMH Prize, presented Mayner with his award.