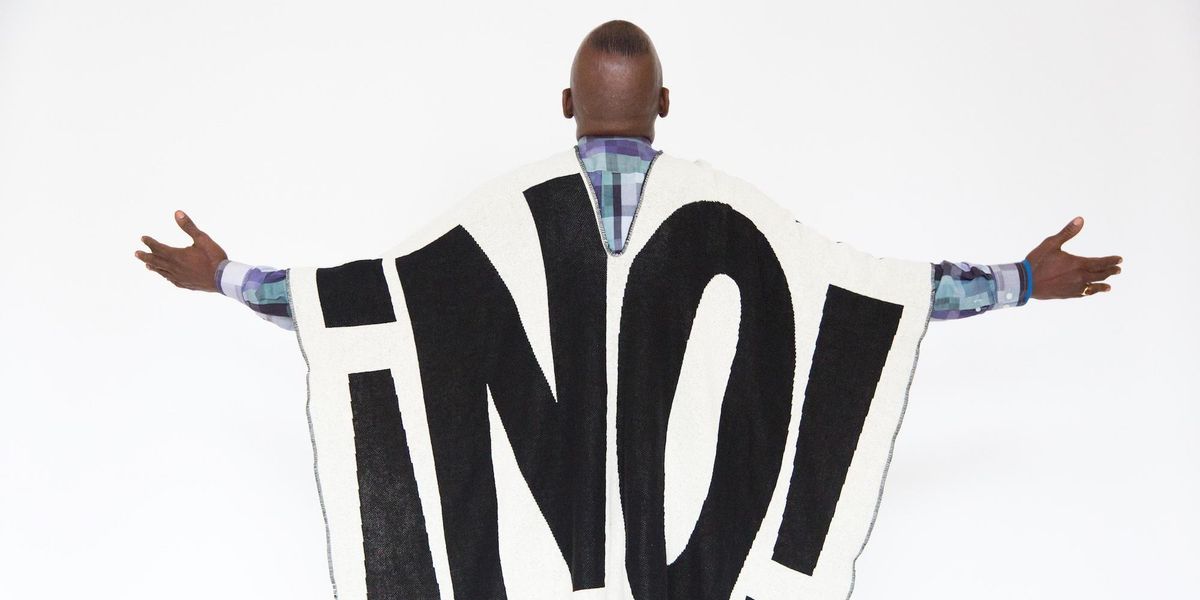 The World According to Fashion: Rebellion Is Going On Everywhere

It's no secret that style has always been a reflection of our culture and the times we live in. Whenever social, economic or political ideology goes to the extreme, the disruptions always seem to cause style reactions. You just have to look to the streets of New York City for visual interpretations that address whatever radical cultural change is in the air at that particular moment. It seems the more unsettling the world becomes, the stronger the visual reactions are. And we all know fashion's greatest influence is the street, so the catwalks always follow suit. The designers most passionate about and keyed into youth culture are usually the ones who nail it best, creating the most memorable fashion ideas that can now be seen as markers of fashion history.

Looking back, I realize that every decade of my lifetime so far has come with enormous disruptions, so it comforts me when I realize that the shitshow of today is not all that much worse from the shitshows of yesterday (well…maybe a little worse). And pivotal style moments -- from hippie to disco to punk to hip-hop to glam to grunge -- all came about as strong reactions to cultural and political disruptions and are all worthy of their very own Costume Institute Met shows.

That brings us to the twilight zone of now, with a new American president who is a joke and literally out of his mind ruling a country now controlled not by its people but by big business. This CEO-slash-reality-TV-star lost the election by 3 million votes; has malignant narcissism; can barely string a sentence together; hates Muslims, Mexicans, women and anyone who doesn't worship him; brags about grabbing women's pussies (and wants them punished if they have an abortion); is supported by the Ku Klux Klan; doesn't read books and thinks the White House is downscale. The economy is both on thin ice and in a bubble. The Internet has fucked up virtually all old business models, and many standard-bearer blue-chip companies of the 20th century, whether media and entertainment companies or big retailers, clothing brands and ad agencies, find their business models unable to function in our new global digital economy. Their ships are sinking fast and furiously, and if they don't embrace the punk within, act radically and throw all their rules out the window, many will drop like flies. Soon.

Sorry, but I'm not the only one sensing a doomsday anxiety vibe these days. We're all kind of waiting for that other shoe to drop, whether it's the economic bubble bursting, a nuclear arms escalation, the political system of our country imploding or Antarctica splitting in half. All that and boogymen/terrorists want to attack us in surprising new ways and we have a tweet-raving, fear-mongering mess who is the leader of our country. And to top it off, social media and 24-hour news stations keep amplifying all this insanity to the millionth degree every second of every minute of every day. Ask any shrink --- there's not enough Valium in the world to prescribe to people these days. (Now that's a stock to invest in!)

So what does all this have to do with fashion? I'm just saying to keep your eyes peeled, because this is sure to be a doozy of a decade for some wild style to start showing up. The luxury brands are panicked as their sales slip, and we are already starting to see expressive aggression being welcomed at high-end brands everywhere, from Raf Simons at Calvin Klein to contrarian designers like Demna Gvasalia killing it with his "fuck you" collection at Vetements and his crazy takeover of luxe label Balenciaga, which this season was inspired by, of all people, the schleppy Bernie Sanders! We loved Louis Vuitton's deluxe new collaboration with the revered streetwear brand Supreme, which seemed to be an attempt at testing a new market and bringing new energy and relevance to a label that's gotten more staid and snobby since the departure of Marc Jacobs in 2014. It's ironic that years ago LVMH handed Supreme a cease and desist for their bootleg Vuitton skateboards, and just today as I write this I saw a (possibly fake) news story zipping around the Internet saying that LVMH had bought Supreme for 500 million dollars. (Not true but it wouldn't surprise me if this eventually happened for double that price!) Think about it: Why would the most elite luxury brands in the world want to fill their catwalks with skate cases, backpacks, hoodies and windbreakers and dumpy silhouettes inspired by a 75-year-old balding socialist American politician? Rebellion is going on everywhere.

Maybe it's because the notion of luxury simply isn't about physical stuff anymore as life has become less about "me" and more about "we." Living a good life surrounded by inspiration, great people and experiences, empathy and thoughtfulness seems to have more value these days than fame, a gold-leaf baby carriage, a private jet or a real fur bedspread.

I'm not sure if this is the end of the world or just another cuckoo decade that we'll look back on and shake our heads at, a time that could very well become immortalized with a future Met show called "NOT NORMAL. Pussy Fashion for Nasty Women, Orange Men, Bad High School Students and Ivanka." This Met show a few decades from now would surely include Gucci pussy bow shirts, Cheeto wigs, red "Make America Great Again" baseball hats, Balenciaga Bernie Sanders pieces, "#fucktrump" or "we shall overcomb" tees, Supreme/Louis Vuitton fanny packs, crocheted pink pussy hats and disintegrating Raf Simons college letter sweaters, as well as a few collector's item Ivanka pieces from eBay. Oh, and don't forget some 1970s vintage Vivienne Westwood swastika T-shirts thrown in for context.

Hey, I know it's not funny. And fashion is probably the last thing we should be talking about these days. But personal expression will never be irrelevant. So take to the streets and say it loud, kids, because we need this now more than ever.