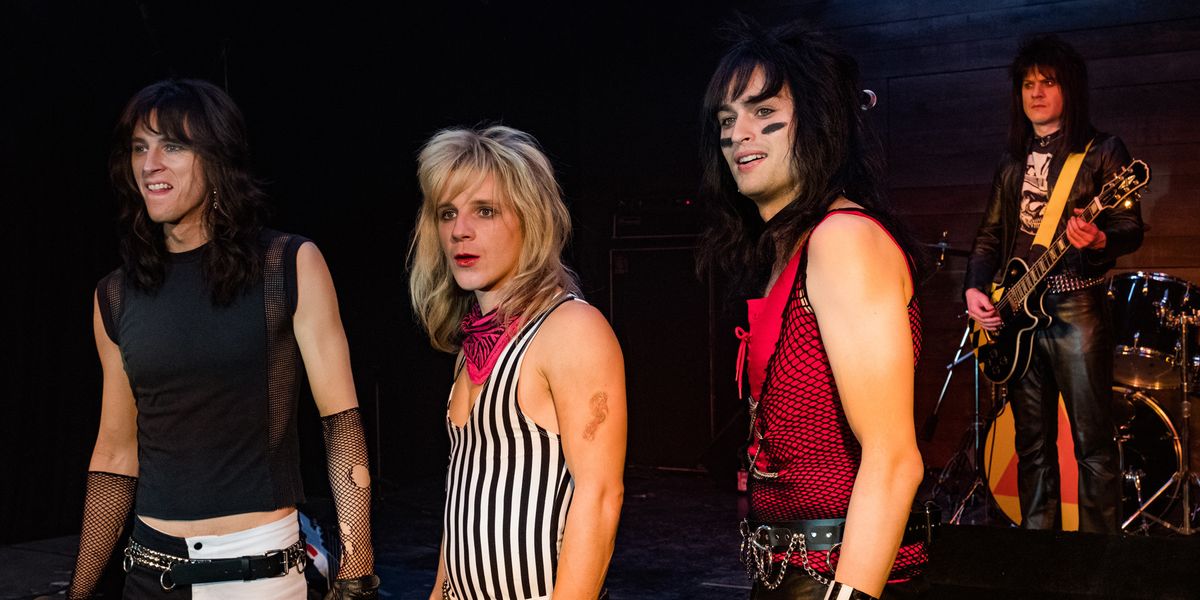 Netflix's highly-anticipated Mötley Crüe biopic The Dirt is finally out today, and in case the big-name actors involved aren't enough to get you on board, then just wait till you see the trailer.

A pyromaniac hedonist's fever dream, The Dirt is based off of the band's 2001 memoir of the same name. Starring Machine Gun Kelly as drummer Tommy Lee, Worried About the Boy's Douglas Booth as bassist Nikki Sixx, Game of Thrones' Iwan Rheon as guitarist Mick Mars, The Punisher's David Webber as vocalist Vince Neil, and Pete Davidson as a Shaggy-looking record exec named Tom Zutaut, get prepared for a lot of drama coupled with white leather, hairspray, and every imaginable bodily fluid. Yum.

Honestly, this looks like one party we'd love to attend. Because even if some old-school rockists have taken up issue with the film's factual inaccuracies, I'm sure as hell never going to turn down an opportunity to see MGK set fire to a hotel room.

Watch the official trailer, below.