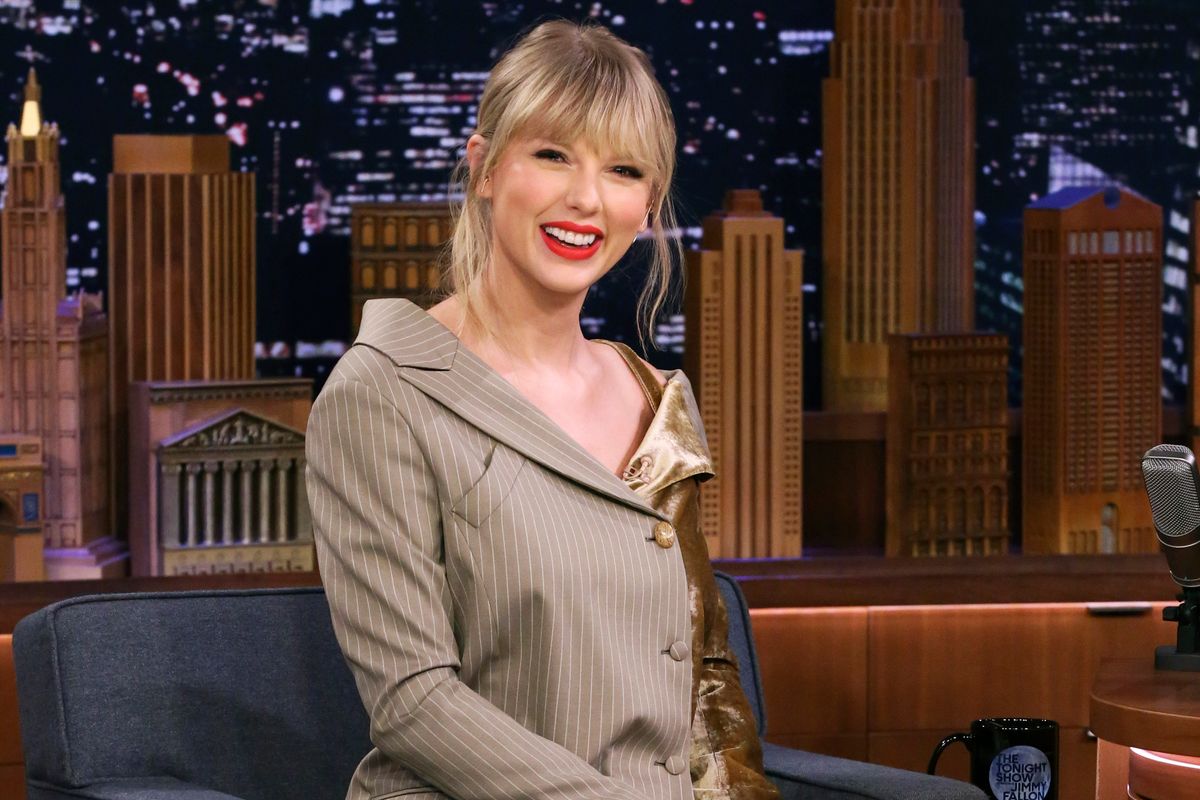 Watch Taylor Swift Freak Out Over a Banana

Unbeknownst to Taylor Swift, her mom, Andrea sent a hilarious post-Lasik surgery video of her daughter ranting about bananas to The Tonight Show With Jimmy Fallon.

Related | Taylor Swift Created Her Own Festival Season for 'Lover'

The Lover singer stopped by Jimmy Fallon's couch Thursday night to promote her upcoming Saturday Night Live performance. She was initially confused as to how Fallon knew about her surgery, and then mortified by his eagerness to show the video to his millions of viewers. "Do you take painkillers or anything when you do that stuff?" Fallon asked a visibly shocked Swift. "Do they give you laughing gas or something?"

Swift, with a puzzled expression, answered, "They definitely give you some pretty hardcore pills after you have a laser in your eye. What is going on?"

Surprise! Low and behold, the footage was shown to the ultra-embarrassed Swift. The video opened with Swift sporting protective eye goggles and trying not to cry after saying that a banana she broke off from the bunch wasn't the one she wanted.

Her mom reassured her in the video not to cry as Fallon's audience broke into resounding laughter. It then cut to Swift eating the banana in bed, with her mom telling her not to fall asleep while chewing. "I'm not asleep," Swift told her mom, "my mind is alive."

Swift also shared that she will perform "Lover" in a "way that I haven't performed it before," and then a song that "I have never performed before at all, live."

Revisit the record below and tune in to Swift's SNL performance tomorrow night, with host Phoebe Waller-Bridge.